The recent exceptional rainfalls and devastating floods across the country have caused roughly $90 million worth of damage to cultural heritage sites of Islamic republic of Iran, an official at the cultural heritage organization said on Monday.

He added that initial evaluations of the extent of damage caused to cultural heritage sites have came to an estimation of 300 billion Tomans (roughly $90 million) worth of funds required for the restoration and revival of the flood-hit sites.

He expressed regret that the recent floods have inflicted severe damage to some historical sites in a number of provinces, saying monitoring of sites, structures or bridges in the river beds takes precedence over any other issues for the cultural heritage organization.

Although he deemed the majority of historical bridges to be mostly in good shape, the official went on to add that some parts of these bridges have fallen off and are in need of urgent restoration.

He also noted that the Mir Fatah ice-house in Hamadan province, belonging to the Qajar era, has collapsed after suffering 70 percent damage due to the high volume of rain that fell suddenly on the dome-like structure from above.

He also stated that the cultural heritage organization has submitted a report on the extent of damages to the country’s historical sites to UNESCO, saying the agency’s experts were likely to visit Shoushtar in Khuzestan province. 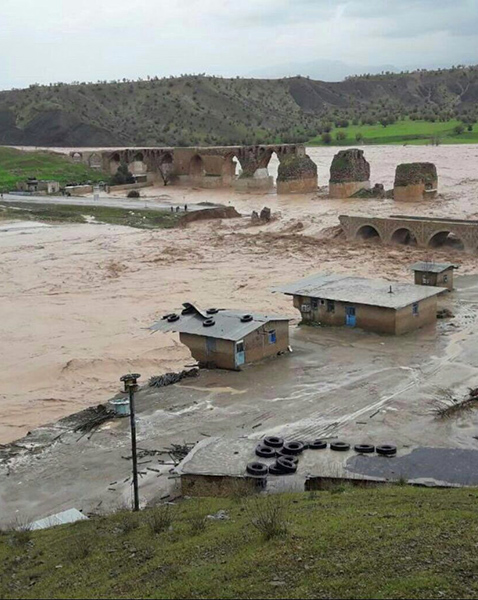