UNESCO’s world heritage sites are famous and well-organized, to prioritize what people are after in one destination. This list clarifies that these sites go far beyond a specific country and their legacy could be shared and related with by other nations.

Arminians, among other tribes, have a worth-mentioning background. Opposed to Iran, that was either Zoroastrianism or Muslim (the official religions) this tribe had a major difference and held Christianity as their faith and so, built a population that was both Iranian and non-Iranian at the same time.

Not being close to the central, high-controlled parts of the Persian Empire, opened a way for the Armenia State to be influenced by the underground missionaries who came from Christian chapels. After nearly 400 years, the Roman Empire finally accepted Christianity and became a religious threat to Iran. Poor Armenia was torn in the middle of this fight.

However, the population spread into the geographical lands nearby, and when the battles were off, they started trading with Persian merchants and some migrated to Iran and stayed there.

When The Sassanid dynasty (224-651 A.D.) collapsed, The Byzantine Rome took over Armenia. Histories’ terrors did not stop there, Turks and Turkmans started their invasions and took all over Anatoli where Armenian were finally starting to feel like home. The Byzantine Christian Empire was defeated by the Ottomans (1299-1922). 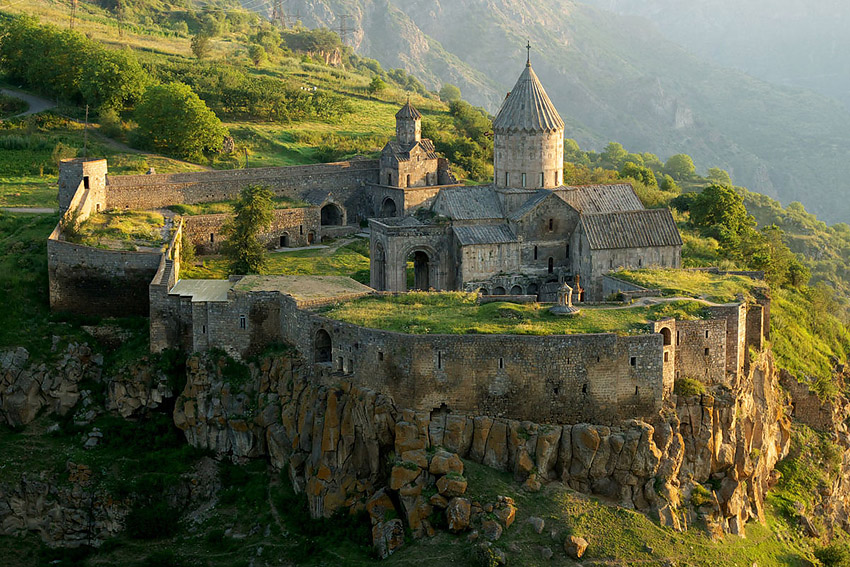 Wars for power, greed, and legitimacy occurred between the young Safavid Empire (1501-1736) and the experienced Ottomans. Armenian population was living exactly in the middle, therefore, many Arminian migrated to Iran and began a new life. Despite this tragic incident, as Armenians were craftsmen and well-known traders, some were placed in Isfahan, the beautiful capital of Iran where many European politic, painter, artist and, tourists visited more than Several times. These Armenian named their district Julfa, as the Julfa in eastern Azerbaijan, where they were originated.

Their community had a close life but they were free to visit their religious and sacred chapels and monasteries, and have their special ceremonies. The Armenian of Iran started to look like Iranian but at the same time kept their unique features as well. The history of both nations tangled up at some point and one is a part of another. They helped Shah Abbas to defeat the Ottoman once and boosted up the trade business by moving to Isfahan. Though they lost many of their own, they participated in political activities and counted themselves as Iranians.

Armenians of Iran fought side by side other Iranians for the Persian Constitutional Revolution (August 1906) and made their way into the Parliament where they were granted Citizenship for the first time. The Armenian community has kept deep attachments with its motherland, nonetheless, they gave flesh and blood to withhold Iran from foreigners especially during the war with Iraq.

Armenian have so many legacies, a rich culture too and as this article is about, they have found immortality with their actions. On the list of UNESCO’s W.H. sites, there are three Armenian Monastic Ensembles in the Northwest of Iran.

The mountains across the West Azerbaijan Province in Iran is home, to a perfect, nearly middle-aged monastery, named after the Saint, Thaddeus. This ancient Armenian monastery, also known as Kara Kilisa (the “Black Church”) is located about 20 kilometers from the town of Chaldoran. The conical roofs are probably one of the monastery’s distinctive elements in its architectural design which is visible from long distances.

Saint Thaddeus (also recorded as Saint Jude) evangelized in Armenia and Iran at the first years of Christianity and gave his life in the way he had faith in. Saint Thaddeus is still honored as an apostle of the Armenian Church. Legendary speaking, people believe that underneath this present church was an original base of a monastery that was erected in 68 A.D and dedicated to Thaddeus.

The Qajar prince, Abbas Mirza aided in its renovations and repairs in 1811. Father Superior of the monastery, Simeon, added a large narthex similar to western churches. The annual ceremony and pilgrimage were held 14-16 July 2016 in the St. Thaddeus Monastery, administered by the Armenian Diocese of Azerbaijan.

The geographical region of Azerbaijan has a profound connection with the Armenian community, which is why some great chapels were built in this land. Since Shah Ismail the founder of the Safavid dynasty and the first king’s mother was a Christen lady, their relationship with the royal family granted them some privileges. The Chapel of Dzordzor is located in Maku of Western Azerbaijan, near the Zangmar River.

As a war strategy, Shah Abbas the first ordered all the lands between Qazvin -the capital- and the Ottoman army to be evacuated. Dzordzor Chapel was abandoned and later destroyed in the early seventeenth century.

Today, the only standing section of this historical monastery is the Chapel of Holy Mother of God. Alongside St. Thaddeus and St. Stepanos Monastery, Dzordzor chapel is also on the World Heritage List of UNESCO ever since July 6, 2008,

Three kilometers south of the Aras River and 17 kilometers from Julfa itself, hidden in the maze of the beautiful nature, stands the second most important Armenian church in Iran, commemorating the first martyr of Christianity who was stoned to death in 36 A.D. St. Stepanos Monastery is also known as Ghezel Vank or “the Red Monastery”.

In terms of architecture, the church and the monastery next to it are very impressive. This church does not have an easy access road and time was not fair to it. Shah Abbas of the Safavid family won the hearts of the Armenians of Julfa by reconstructing this church. Every year, on a specific day, Armenians go on a pilgrimage and perform their rituals there.

The decorations and architectural features of this building, which later was known as “the Armenian style”, are remarkable. The church has three main spaces, the bell tower, the Daniel stove, and the main chapel. The prayer house, which is currently being renovated, used to have images of Christian saints and inscriptions of some of the Qajar kings who tried to preserve the building. What instantly comes to mind, while visiting there is the quiet peaceful atmosphere of the church.