Maybe it is better to start this blog by quoting one famous man who happened to be an American expert in Persian art and archeology; Arthur Pope:

“Under the eastern side of the Alborz Mountains and in front of the vast deserts of Asia, one of the greatest architectural masterpieces of Iran has risen in all its glory and grandeur. This construction goes by the name “Dome of Qabus, the tomb of Qabus bin Voshmgir”. The tower is far from any arrangement. A warrior with the power of faith embracing a poet who was also a King in his battle with eternity. Was there ever such a mighty powerful tower?”

This monument, being the world’s highest brick tower is also one of UNESCO World Heritage Sites. Simple, strong, and proud, resting on top of a hill, in the north of Iran, this dome is representing a splendor style in architecture. Only when you see the brick tower, eye to eye is when you feel its strength echoing through time and history.

Iran has been neglected in many features and what comes to mind, regardless of the political issues, is only Persepolis and the great mosques of Isfahan. Not to lessen the magnificence of these places, but there is far more to explore, see, and experience in Iran. Due to the events that occurred during Iran’s history, many different reigns, with different ideologies and goals fought for the crown. Many succeeded, and some had the power, creativity, and potential to rule wisely. These men –in some cases, women also- left behind a legacy that is still mesmerizing today.

The gap between the glorious age of the mighty Persian Empire and the rise of Iranian local governments (651- 821 A.D.), was a major step back, a collapse of all that was good and beautiful. This is why when the movements against the Umayyad started, a small sparkle started to lighten up the darkness and gave hope to all Iranians, that even with the changes they had to adapt, their rich culture was about to breathe again. This time, stronger than before. 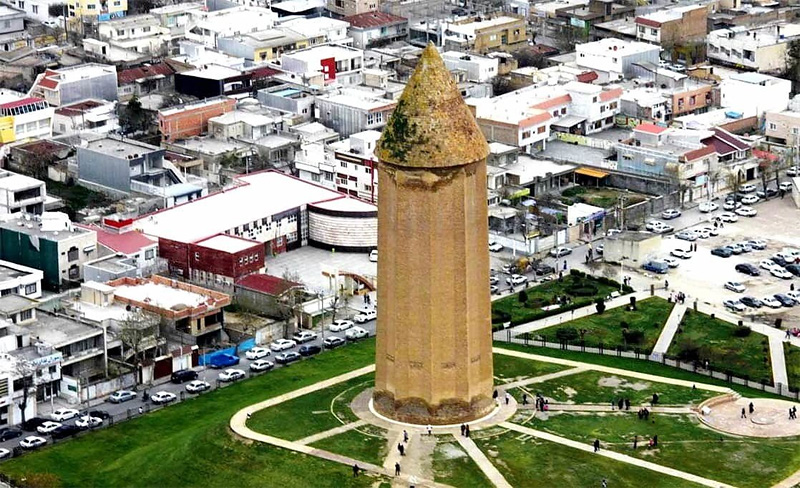 North of Iran stayed immune to Arab attacks in those two centuries. The dense forest, high mountains, the humid weather, and less accessible roads made it hard for them to occupy those lands. Therefore, the lords, households, and clans kept their traditions as they were. Although, many missionaries who had no wish to invade, made their way, and propagated Islam. However, the north kept its position as a shelter for those who quarreled with the Umayyad and later, the Abbasid Caliphate.

As Umayyad’s power started to fade, the deep, dark, and clientage of Iran came to its end. The suppressed Persian nature found its wings again and was ready to soar once more. Iranian clans who were related to royal families before the invasion of the Arabs claimed power over their states and local Persian governments began expanding their territory.

The Tower of Qabus, which UNESCO thought valuable enough to make it publicly known as a world heritage, belongs to one of these local governments, originating from the north of Iran. This small and local dynasty ruled from 930 till 1090 A.D. Mardavij, son of Ziyar, was a commander to a Gilani warlord who served the Samanid dynasty. Later on, he gathered his men and established his power by conquering Iran’s important cities like Hamadan, and Isfahan.

One of the Ziyarid characteristics was that they started to recreate earlier traditions and rituals while being Muslim. They succeeded and many celebrations like Nowruz, Mehregan, and Sadeh were held once again. Mardavij even tried to assemble the great Sassanid throne and crown but was killed and failed to do so.

Qabus, who has his name on the highest brick tower of the world, was Mardavij’s grandson. All around the tower are inscription bands, rhymed proses which clarify that Qabus gave the order to the foundation of the tower during his lifetime, in 1006 A.D. The foundation date on the monument is given in two calendar styles; one the Iranian solar calendar which proves that the Zoroastrianism traditions were still respected and in use, and the other one is with the Islamic lunar calendar.

Little details of Qabus’ life, like how he gained power and fought for his right to rule, conquering here and there, and his quarrels with his brother don’t matter. As any other power seeker does, he also had his issues but the very different aspect of his life was that besides all the battlefield strategies and political decisions, he was a gentle belletrist. He was a writer, poet, and calligrapher who wrote poems in Persian and Arabic. He also was an expert in astronomy and his realm became a special place for scholars, litterateurs, and penmen.

This UNESCO World Heritage Site is considered one of the masterpieces of Persian architecture. The Gonbad-e Qabus tower has an elegant balance between the purpose it was designed for (to represent the glory of a king who was going to be buried there) and its form which is cylindrical and star-like. The tricky part though is that they were able to boast these qualities with only one single material; the brick.

Although the Gonbad-e Qabus tower resembles other cylindrical tomb towers in the north of Iran especially on The Caspian Sea’s littorals, the extreme bold difference is its “extraordinary height.” With the tower’s conical roof, it measures 50 meters (160 feet) above ground. Care to make it more amazing? The height is three times its exterior diameter.

As Muqarnas is one of the most beautiful features of Persian architecture, the tower’s entrance contains some of the earliest pieces of evidence of the development of this artistic decoration. According to Oleg Grabar, “the Gonbad-e Qabus tower belongs to the general category of a secular architecture for conspicuous consumption.”

By finding nobody inside the tower, archeologists came back empty-handed because then this exploration rose a question that had no logical answer. All the documents mentioned that this monument was supposed to be Qabus’s mausoleum, meaning that he would be buried there after his death. Though he was killed in a rather brutal and harsh way, his son Manuchehr respected his wish and escorted his body into the tower. But there were no signs of a burial system. Again, when the true solid facts start to fail, legends and tails begin to grow and become the most reliable source which people put their faith in.

Some, seriously believe that Qabus was buried in a coffin made out of glass and was hanging from the roof by chains. As Tabaristan -the north- was still under the Islamization process at the time, Qabus’s tower is somewhere between the Zoroastrian system of burial and the Islamic way.

This monument, with all its myths and its age, still shines and has not yet failed to take your breath away.