Iran covers 1,648,195 sq kms in south western Asia. Its strategic position, its vast resources, including petroleum, natural gas and minerals, its population amounting to 60 millions, and its unique cultural life make it a country of high importance. Both history and geography of Iran make it a land of highly popular with visitors. The former gives it numerous spectacular monuments, and the latter make it enjoy a climate full of variety. The northern coastal region with luxuriant forests; southern coasts with forests of tidewater; deserts with their mysterious calmness; impressive lake such as Urmia, Hammun, Parishan, Ne’ur, Sama and Zarivar; and snow-clad mountains of Damavand, Dena, Karkas, Sabalan and Tochal are among the beauties of nature, being of great appeal. 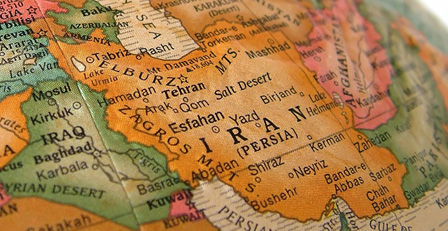 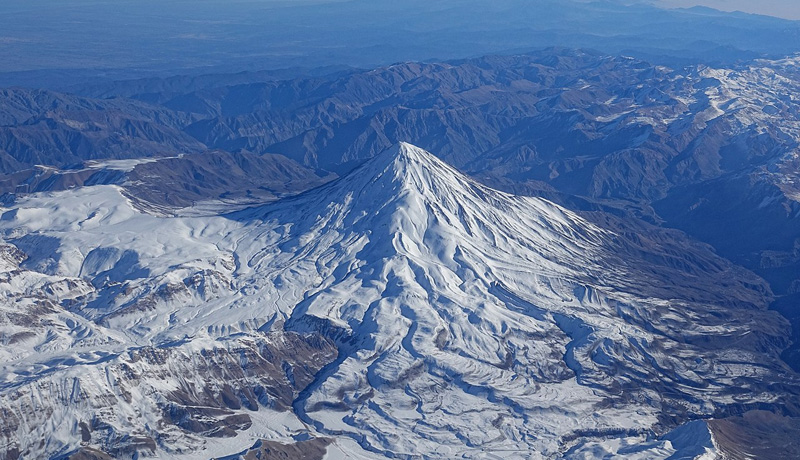 The Zagros range stretches from the border with Armenia in the north-west to the Persian Gulf, and then eastward into Baluchistan. As it moves southward, it broadens into a 125-mile-wide band of parallel, alternating mountains lying between the plains of Mesopotamia and the great central plateau of Iran. It is drained on the west by streams that cut deep, narrow gorges and water fertile valleys. The land is extremely hard, difficult to access, and populated largely by pastoral nomads.

The arid interior plateau, which extends into Central Asia, is cut by two smaller mountain ranges. Parts of this desert region, known as dasht, are covered by loose stones and sand, gradually merging into fertile soil on the hillsides. Where fresh water can be held, oases have existed from time immemorial, marking the ancient caravan routes. The most remarkable feature of the plateau is a salt waste 200 miles long and half as wide, knows as the kavir (deserts). It remains unexplored, since its treacherous crust has been formed by large, sharp-edged salt masses which cover mud. Cut by deep ravines, it is virtually impenetrable.

The vast deserts of Iran stretch across the plateau from the north-west, close to Tehran and Qom, for a distance of about 400 miles to the south-east and beyond the frontier. Approximately one-sixth of the total area of Iran is barren desert.

The two largest desert areas are known as the Kavir-e-Lut and the Dasht-e-Kavir. Third in size of these deserts is the Jazmurian. It is often said that the Kavir-e-Lut and Dasht-e-Kavir are impossible to cross except by the single road which runs from Yazd to Ferdows, but in recent years, heavy trucks and other vehicles have travelled over long stretches of these deserts which contain extensive mineral deposits – chlorides, sulphates and carbonates – and it is only a matter of time before they are exploited. 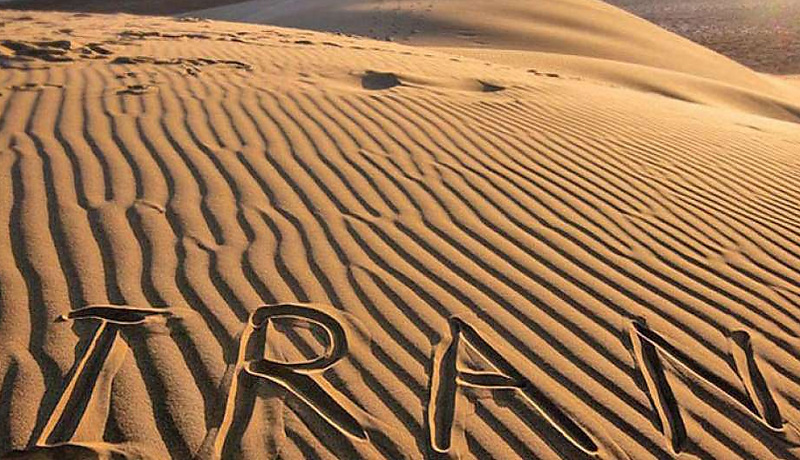 The Caspian Sea: The Caspian Sea, which is the largest landlocked body of water in the world (424,240 sq. km.), lies some 85 feet below the sea level. It is comparatively shallow, and for some centuries has been slowly shrinking in size. Its salt content is considerably less than that of the oceans and though it abounds with fish, its shelly coasts do not offer any good natural harbours, and sudden and violent storms make it dangerous for small boats. The important ports on the Caspian coast are: Bandar Anzali, Noshahr, and Bandar Turkman.

The Persian Gulf: the shallow marginal part of the Indian Ocean that lies between the Arabian Peninsula and south-east Iran. The sea has an area of 240,000 square kilometres. Its length is 990 kilometres, and its width varies from a maximum of 338 kilometres to a minimum of 55 kilometres in the Strait of Hormuz. It is bordered on the north, north-east and east by Iran, on the north-west by Iraq and Kuwait, on the west and south-west by Saudi Arabia, Bahrain and Qatar, and on the south and south-east by the United Arab Emirates and partly Oman. The term Persian Gulf is often used to refer not only proper to the Persian Gulf but also to its outlets, the Strait of Hormuz and the Gulf of Oman, which open into the Arabian Sea. 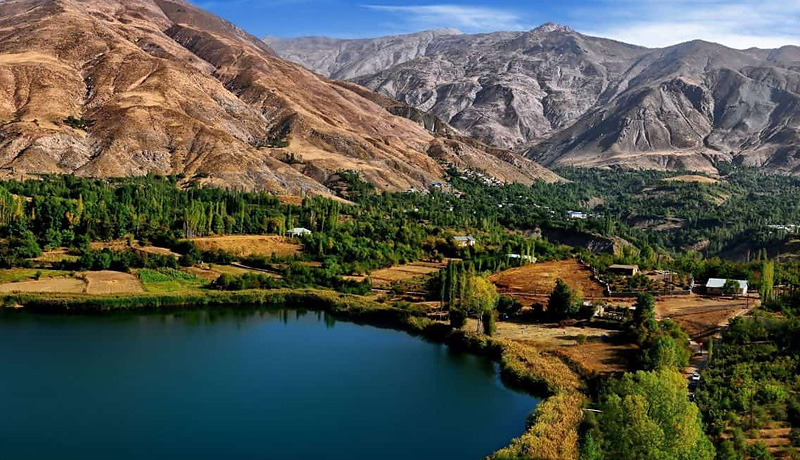 The Iranian shore is mountainous, and there are often cliffs, elsewhere a narrow coastal plain with beaches, intertidal flats, and small estuaries borders the gulf. The coastal plain widens north of Bushehr on the eastern shore of the gulf and passes into the broad deltaic plain of the Tigris, Euphrates and Karun rivers. It is noticeably asymmetrical in profile, with the deepest water occurring along the Iranian coast and a broad shallow area, which is usually less than 120 feet deep, along the Arabian coast.

There are some ephemeral streams on the Iranian coast south of Bushehr, but virtually no fresh water flows into the gulf on its south-west side. Large quantities of fine dust are, however, blown into the sea by predominant north-west winds from the desert areas of the surrounding lands. The deeper parts of the Persian Gulf adjacent to the Iranian coast and the are around the Tigris-Euphrates Delta are mainly floored with grey-green muds rich in calcium carbonate.

The Persian Gulf has a notoriously bad climate. Temperatures are high, though winters may be quite cool at the north-western extremities. The sparse rainfall occurs mainly as sharp down pours between November and April and is heavier in the north-east. Humidity is high. The little cloud cover is more prevalent in winter than in summer. Thunderstorms and fog are rare, but dust storms and haze occur frequently in summer.

Until the discovery of oil in Iran in 1908, the Persian Gulf area was important mainly for fishing, pearling, the building of dhows, sailcloth making, camel breeding, reed mat making, date cultivating, and the production of other minor products, such as red ochre from the islands in the south. Today these traditional industries have declined, and the economy of the region is dominated by the production of oil.

Other Lakes: Along the frontier between Iran and Afghanistan there are several marshy lakes which expand and contract according to the season of the year. The largest of these, the Seestan (Hamun-Sabari), in the north of the Seestan &Y Baluchistan province, is alive with wild fowl.

The few streams that empty into the desiccated central plateau dissipate themselves in saline marshes. There are several large rivers, the only navigable one of which is Karun. Others are too steep and irregular. The largest rivers are: the Karun (890 km.), Sefidrood (765), Karkheh (755), Mand (685), Qara-Chay (540), Atrak (535), Dez (515), Hendijan (488), Jovein (440), Jarahi (438), Zayandehrood (405). All streams are seasonal and variable, spring floods do enormous damage, and there is little water flow in summer when many streams disappear. Water is however stored naturally underground, finding its outlet in subterranean water canals (qanat), springs and being tapped by wells.

Dams: Dams have always played an important role in harnessing Iran’s precious water reserves. The Amir Kabir dam on the Karaj river is a multi-purpose dam that supplies Tehran with hydroelectric power and much needed water. With its sailing and water-skiing facilities, the dam is a popular weekend summer resort. Among others, the Manjil dam on the Sefidrood, the Mahabad dam on the Mahabad river (which supplies water for irrigation of 2,000 hectares of land, as well as domestic water and hydroelectric power), the Martyr Abbaspur dam on the Karun, and the Dez dam on the Dez river to the north of Dezful are noteworthy.

Soil Patterns: The abundant subtropical vegetation of the Caspian’s coastal region is supported by rich brown forest soils. Mountain soils are shallow layers over bedrock, with a high proportion of unweathered fragments. Natural erosion moves the finer textured soils into the valleys. These alluvial deposits are mostly chalky, and many are used for pottery.

The semi-aired plateaus lying above 3,000 feet are covered by brown or chestnut-coloured soil that supports grassy vegetation. The soil is slightly alkaline and contains three to four per cent of organic material. The saline and alkaline soils in the arid regions are light coloured and infertile. The sand dunes are composed of loose quartz and fragments of other minerals. Except where protect by vegetation, they are in almost constant motion, driven by high winds.