It is located at the foot of Mount Binalud. Neyshabur is one of the most important population, cultural, tourism, industrial and historical centers of northeastern Iran and has been proposed as one of the symbols of Iranian history and culture.

The national color of ancient Iranians was always turquoise and where else would have the world’s best turquoise stones other than Neyshabur.

Neyshabur Turquoise has a worldwide reputation. The best outcome of your trip to Neyshabur can be turquoise rings or other decorative items. To do this, you can buy from shops near the tomb of Khayyam or the dome of Attar. 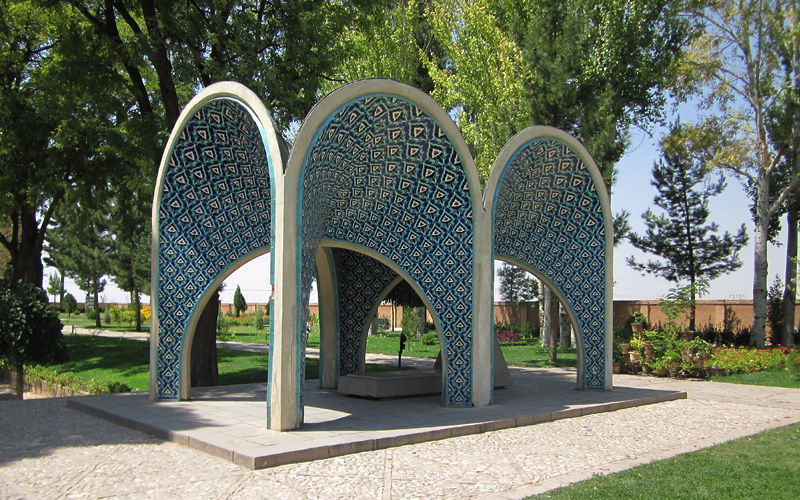 Neyshabur turquoise stone goes through stages from mine to jewel on the pendant, bracelet, male and female ring. Blue is a sign of nobility.

According to those who believe in these sorts of things, this stone is very effective for making things easier and business prosperity.

Neyshabur is a rather small city, compared to for example Mashhad, but it has a full history behind it. Like it was one of the first cities in Iran to be burnt down and genocide by the Mongol invasion.

However, Neyshabur has never failed to give Iran children that would make her proud like Khayyam, Attar, and Kamal-ol-Molk.

The Tomb of Omar Khayyam is a monument to commemorate Khayyam, which is located on his tomb. Every year it is visited by a large number of domestic and foreign tourists and lovers of this great poet, mathematician, and astronomer. 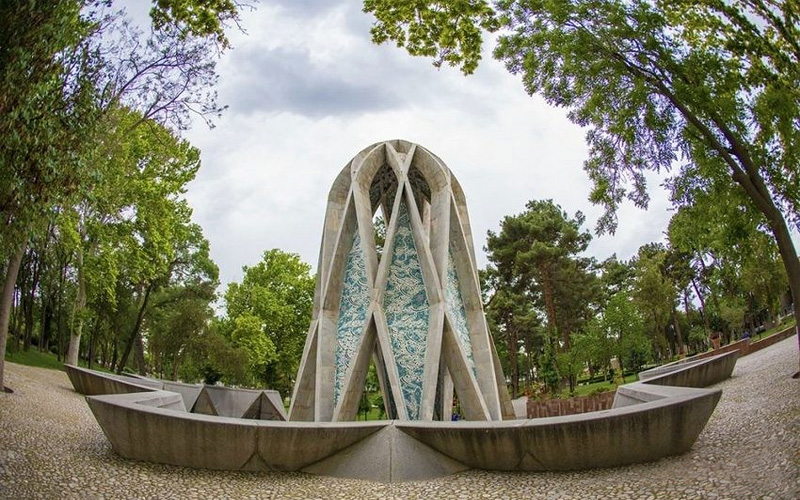 Omar Khayyam is the one who invented the mathematical so-called Pascale triangle long before him, also he was the one to create the Persian solar calendar, the most accurate calendar there is.

The spectacular gardens around his monument are contemporary. It has a collection of libraries, museums, and guest houses. A statue of Hakim Omar Khayyam has been installed at the entrance of the garden. Khayyam Garden has an area of ​​20,000 square meters and the length of its lattice monument is 18 meters and it is surrounded by pine trees.

Attar Tomb, which is located close to the tomb of Omar Khayyam is a historical building that was built during the Timurid period by Amir Ali-Shir Nava’i on the tomb of Attar of Neyshabur.

Attar was a Sufi, a poet, and had a rather religious literature figure. His famous books are “the Conference of the Birds” and “Tazkirat al-Awliya” (the biographies of Saints). 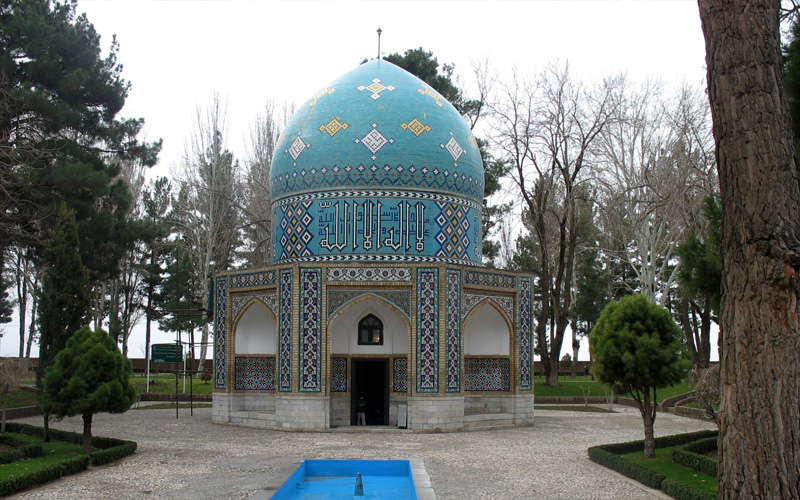 Kamal-ol-Molk was not just a painter, he was the best Persian painter in Iran’s contemporary art period who established his style in painting and was very popular.

Wooden Mosque: Wooden Mosque is a mosque in the suburbs of Neyshabur, which has many trees, made entirely of wood. This mosque is located in the wooden village of Neyshabur and is part of the collection of works of this village.

The first wooden mosque and is earthquake resistant. This building has an area of ​​200 square meters and its roof is gabled. Its two minarets are 13 meters above the ground and each weighs about 4 tons. Its appearance is in the form of ships upside down on the ground. In the construction of this mosque, which took about 2 years, 40 tons of wood was used.

Neyshabur Mosque: One of the oldest and most important mosques in Khorasan in the city of Neyshabur. It is now the site of Friday prayers in Neyshabur. This four-porch mosque has three entrances without minarets and domes, which are located on the north, east and west sides of the mosque and connect the mosque to the old quarters of the city.

Two pieces of stone with an inscription dated 1021 AH have been installed on the two pedestals of the entrance porch of the mosque. This work has been registered in the list of national works of Iran.

Well as ancient as time is, so is Neyshabur. Let’s talk about some of the myths that may be for Neyshabur once were as real as the time we live in now.

As we know in Zoroastrianism, Fire is the holiest element as it represents Ahura Mazda, as He is nothing but light, pure light that could never be defeated. So fire temples were as holy as mosques and churches are now.

Rhubarb is a plant that Neyshabur grows well. Maybe this is why the farmers’ fire temple was built here. The Persian’s totem is not an animal, it is a plant called rhubarb because, in Iranian mythology, Adam and Eve (Mashya and Mashyana) came from a rhubarb.