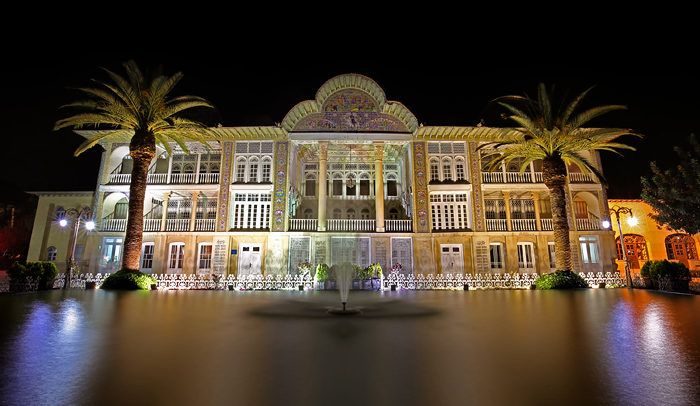 Shiraz is the capital of Fars province, the cradle of Iran culture and civilization. The province has recorded around 3000 monuments on the national heritage list.

The existence of four UNESCO world heritage sites and two prominent poets, having beautiful mosques, shrines, known  as third religious city as well as cultural capital of the country, having very unique natural sites, different kinds of handicrafts, all these features of this province have turned it to one of the best tourism destinations in Iran.

In the year 550 B.C, Cyrus the Great founded the Achaemenid Dynasty, and chose Pasargadae as the capital of his empire. The most important part of this region is the tomb of Cyrus.

It is an archaeological site which located about 12km north-west of Persepolis. Four tombs belonging to Achaemenid Kings and wonderful bas-reliefs dating back to Sassanid era could be seen.

It was the capital of Sassanid king, Shapur I, which has located  alongside imperial road. The most important point of this city, is combination of Persian and Roman art.

Hafez is a Persian outstanding poet, he was born in the 14th century. His collected works are regarded as a pinnacle of Persian literature. The Mausoleum of Hafez was repeatedly repaired under the Qajar rulers, but acquired its pleasant  form during the years 1935 – 1937, by Andre Godard, French architect.

Saadi is the famous Persian poet, a philosopher and writer of 14th century. Karim Khan Zand ordered to built a tomb in 1773, but the new building was erected in 1952.

Shah Cheragh (the king of light)

Seyed Ahmad ibn Musa, entitled Shah Cheragh, the brother of Imam Reza(A.S). One of the most important place of pilgrimage in Shiraz. The first mausoleum was bilt in 12th century, but various rulers, each in his time ordered a renovation. During recent years, the complex has been greatly expanded. The shrine Itself consists of a portico, a large dome, alcoves, chambers, and adorned with magnificent stucco moldings, lavish mirror-work marble stone… .

Two minarets one situated at each end of the columned portico which add a magnificent note to the shrine. Silver gates, inlaid columns, tiled dome, are the other outstanding features of this place.

This gate has been created by Azad al-Douleh (one of the Buyid dynasty ruler), that time, a holy Quran placed on top the gate. Since then the gate known as the Quran Gate. The Gate several times was renovated during various times but, the modern one was constructed in 1949. Muslims believe before going away, travelers should pass underneath the Quran to remain under the Quran’s blessing.

This Mosque is one of the most beautiful religious buildings in Shiraz, perhaps in Iran. The mosque has created in Qajar era by the order of Mirza Hasan Ali Nasir al-Molk in 1888 A.D. Stone columns, stained-glass fretted doors, magnificent moqarnas ,…., are the unique features of this mosque. The best time for visiting is in the early morning when the light streams inside through stained-glass latticed doors, and falls in colorful patches. Due to the usage of pink tiles is known as the pink mosque.

This bath is a typical traditional public bath in Shiraz, which constructed during Karim Khan Zand era.

It is one of the most beautiful mosques in Iran, it has built by the order of Karim Khan Zand, located between Vakil bath and bazaar.

This building was the residence of Karim Khan which was erected in 18th century. It is the biggest and the most important building of Zand complex.

The house is named for its last owner, Qavam’s daughter Zinat al-Molk. It is a typical old house in Shiraz. At present the house is a museum and an institute for the study of Fars province.

Narenjestan am (Citrus Orchard). The mansion belongs to 19th century. It is a splendid garden and beautiful building with an ornamental pool in front of it, in fact this place has been the house of Qavam the Ruler of Shiraz.

It is one of the largest and oldest garden in shiraz. It belongs to Safavid era. During the Safavid dynasty It was used as a palace. The main building was built in 1863, now it is a weapons museum.

Located in the center of Shiraz in an old district. Bazaar belongs to 18th century which erected by the order of Karim Khan Zand. It consists of old shops, carovansarais, and is the best place for buying antiques and handicrafts.

During the Zand dynasty royal guests received in the octagonal building, which is located in a garden. In 1936 the pavilion become a museum, the tomb of Karim Khan is in the pavilion.

An historical garden, located near to Hafez tomb, with an area of 4000 Sq. m. A place for reception the important guests in Qajar era.

The history of this garden attributes to Sasanid era. It is situated near Saadi tomb with a pavilion inside, which serves as a museum.

He is a famous Persian poet of 14th-century, born in Kerman in 1290, died in Shiraz at the age of 64, his tomb is near Quran Gate.

The most famous collage for religious instruction in Shiraz. It has built by the order of the Governor-general of Fars and his son in 1615.

Founded during Amru Leis Saffarid in 894. It is the oldest edifice in Shiraz. The mosque is famous for a building in the courtyard, known as Khoda-Khane (God’s House).

This is a historical water cistern, which is another building of Zand dynasty. It has renovated and serves as water museum.