Historically, the subject of this article could be referred to as one of the world’s richest art heritages in the entire world. It also encompasses many traditional disciplines. Until now, major parts of Persian art were not discussed as the foundation and roots of modern arts, but architecture, painting, literature, music, pottery and, calligraphy are examples of how deep this connection goes.

Art is not something to ignore or put aside easily. Our main purpose is to encourage wise traveling, knowing what to expect from the destination in mind. Traveling to a country known for its history in time is a goal and desire that many people mention as they plan their journey. Persian art is yet a whole other world to explore. Not only it has many alterations from one era to another, but also it is varied in different types.

Starting with maybe the most famous art known to the world, Persian rug weaving has roots spread deep into the Persian culture and habits of its people and their nationalize feelings. What brought up Persian’s mythology in the first place is the reason why rug weaving is severely attached to the life of Persians. When they began to know themselves as one nation -that later created the world vastest Empire- they were already creating images of life reflecting mostly through the rug.

Weavers combine graceful patterns with countless colors. These patterns are almost the same as the pattern and designs used to create the Persian gardens. The same philosophy and geometric are used and they both want to reach a holy goal: giving the inspiration that we need to make the world a better place. Both rise from the same basic idea and reflect heaven. The colors used in the Persian rug are usually made from wildflowers and all are natural. 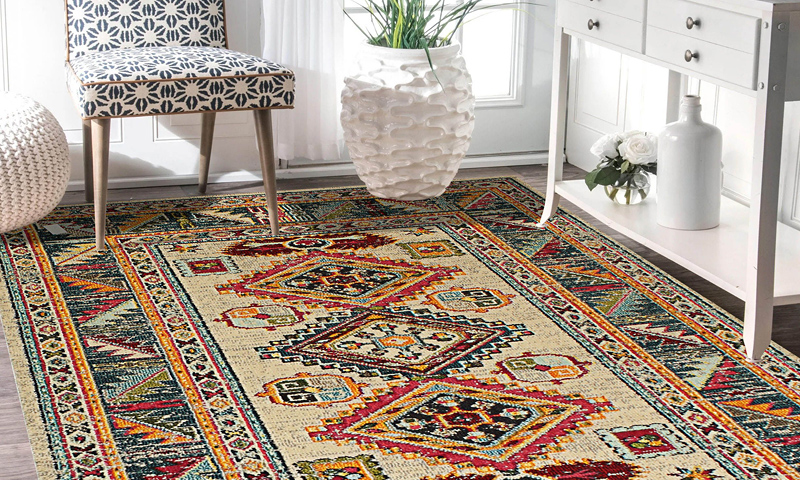 Iranian architecture shows great variety, both in structural and from artistic features. Developing gradually and consistently out of earlier traditions and practice, this art made its way through rough dynasties which almost made it hard for the designer to lay out their work. Yet, Iran’s architecture managed to survive, renovate, and innovate itself despite the repeated suffering of many invasions and cultural shocks and it has brought upon the world several supreme virtues like structural inventiveness, especially in vault and dome construction; a genius for decoration with a freedom and success not rivaled in any other architecture. Palaces and religious buildings, from fire temples to mosques have made it no UNESCO’s World Heritage sites. 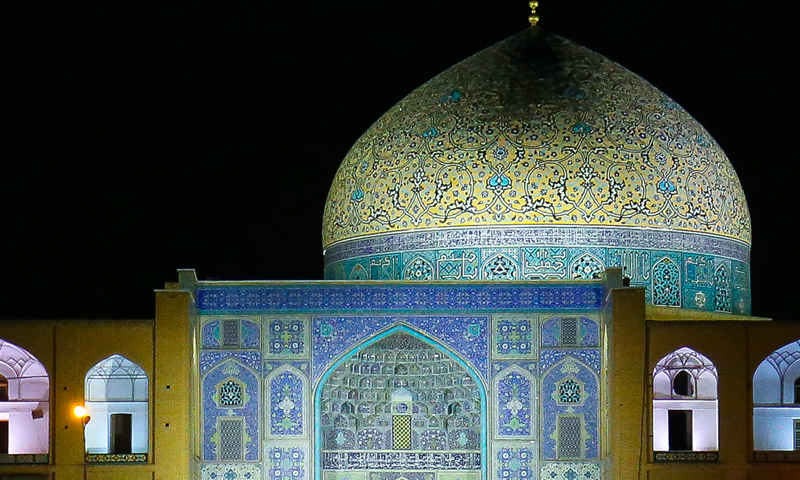 Once upon a time, there was a man called Mani (216-274 A.D.). Mani strongly argued that he was a messenger sent by God and had a completely different cosmogonic myth. By the time he was on his sacred journey to spread his mission, he realized how hard his ideologies were, and this is the birth of the Persian Miniature. Mani was the first person to communicate strong details and ideas throughout the art he created and so, he established the origins of a unique skill. Iran went through high and hell water and with each fundamental, a new style in any aspect of art was born. One famous figure in this field is Mahmood Farshchian who has won awards for the Persian Miniature.

Painting in Iran is thought to have reached its peak while having seen masters such as Kamaleddin Behzad who shaped a new style of painting. His style, with paying more attention to the details and vivid colors was continued by Reza Abbasi and later on Kamal-Ol-Molk, furthered Persian painting’s approach and out-crossed the European influence in Iran. Their works, are represented in museums and are taught at academic levels for students. 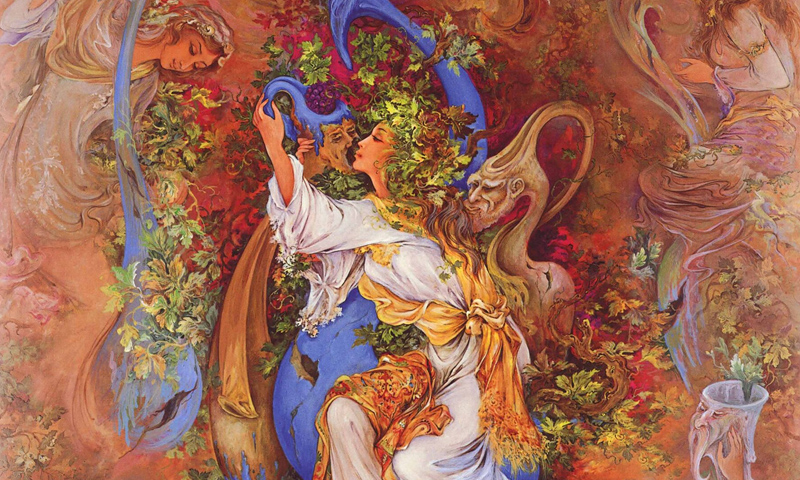 Persia was always known for its hoariness in pottery products. Many archaeologists believe that most ancient pieces of human civilization were found in Iran, even before the migration of the Aryan tribes. Almost every single historical site can be found to have been filled, at some point, with earthenware of exceptional quality. Thousands of unique vessels alone were found in Sialk and Jiroft sites. Somehow, this humble art created a place in the Iranian’s heart and was given proper attention. It formed a special, one of a kind, handmade art that is still taken seriously and has workshops of its own. Persian literature is full of symbolic poems about pottery and earthenware. 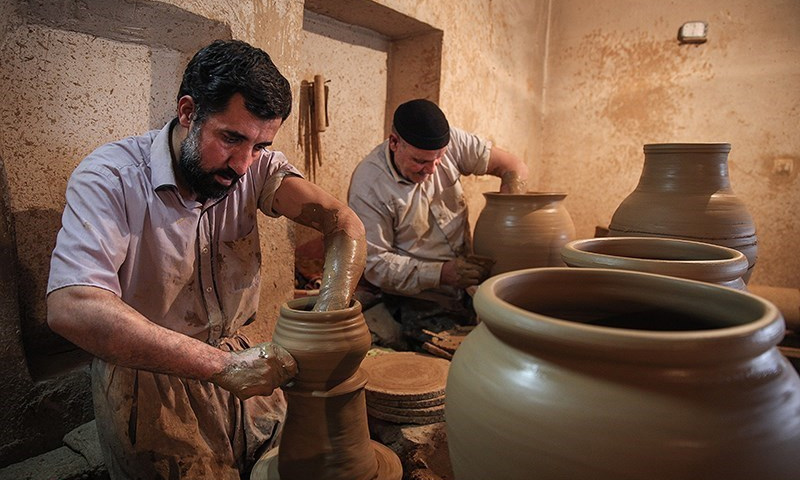 Music is the voice of art, an inventive way of communication that can pass the flesh and reach out to the soul. Music expresses and describes the spirit, worldview, and, feelings of each nation. Iran’s traditional music has its unique elements and features. It reflects love, sorrow, efforts, struggles, all the various victories and, defeats.

Unfortunately, there were no recorders back then to hear the exact melodies but like any other part of history, archaeological pieces of evidence have proved that musical instruments were a major part of many activities since at least 3000 B.C. There are so many amusing historical stories –backed up by pieces of evidence- about music in Iran and its performers. Even though the Persian music had its ups and downs in time -and to be fair, it didn’t always have the approval it needed, whether from the people or the government- the outcome for today’s generation is outstanding. Like any art, there is no limit to music and Iranian vocalist and musicians, even poets are now aiming to reach higher than their ancestors.

Persian music is known for its instruments, some were invented by Iranians and some were adjusted to be used in the Persian Dastgah (Persian music system) like Tar, Setar, Daf, Tanbour, Tonbal, Kamanche, Robab, Chang, Santour, and Qanun. 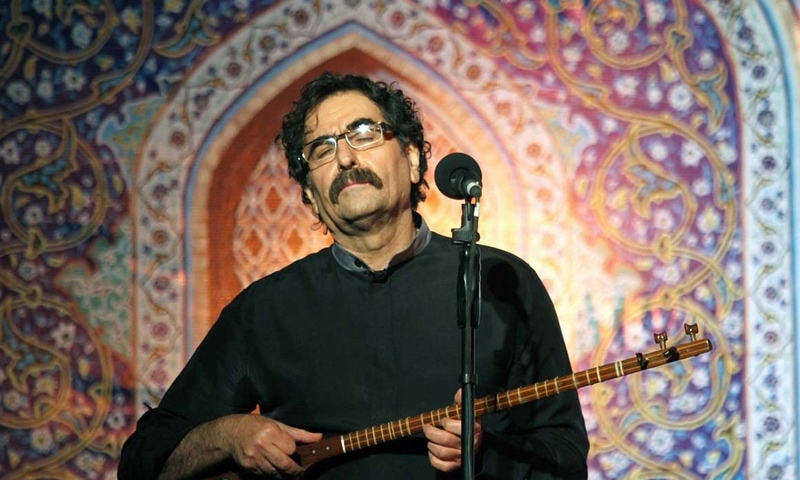 Literature is the key to anything. Language is how one person from one nation thinks, how they understand and feel, and vocalize them. Literature is Persia’s strong suit. It dates back as far as history can tell us. Document and texts from ancient times held Iran high enough to survive the traumas ahead and not lose its identity. This being said, Persian literature offered noble geniuses to the world who have inspired many other writers. While there are interesting works in prose, it is poetry where the Iranian literature shines at its most. Flourishing throughout more than a millennium, it was esteemed and imitated well beyond the confines of the Iranian homeland.

Notable Persian poets like Ferdowsi, Sa’di, Hafiz, Rumi, Nizami, Khayyam, Attar, Sanai, Rudaki, Jami, and Shahriar each dedicated a new point of view in poetry and through that, they touched the world with their words. 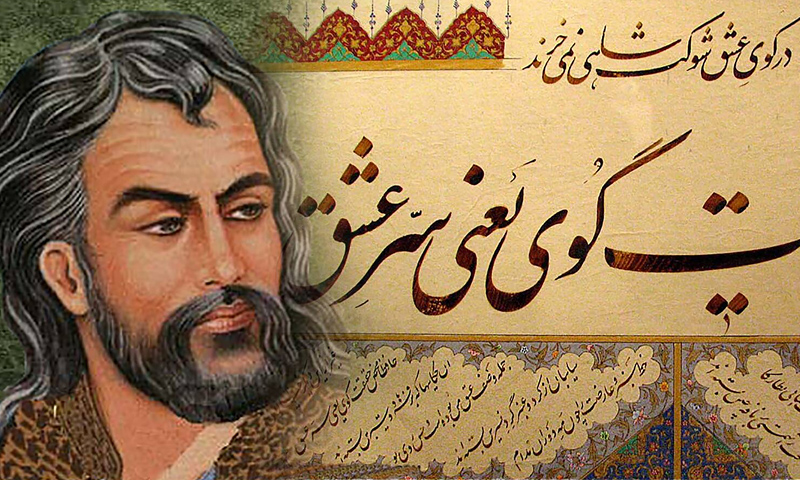 Will Durant, the American historian who wrote The Story of Civilization dates back this art to ancient Iran where they used skins and pen to write with an alphabet that had 36 characters. This much patience spent on the art of writing created calligraphy. Later on, as the alphabet changed (and not the language!), the significance of this type of art formed a new style and at the same time varied in many categories and became somehow, a devoted part of other arts like pottery, metallic vessels, and historic buildings which belief to be lacking without the adorning calligraphy. Modernism has brought calligraphy to a whole new level where it is used in paintings as well.

This ancient art has profound connections with the Persian literature. Persian literary heritage is mostly written with this art and the manuscripts hold great value. 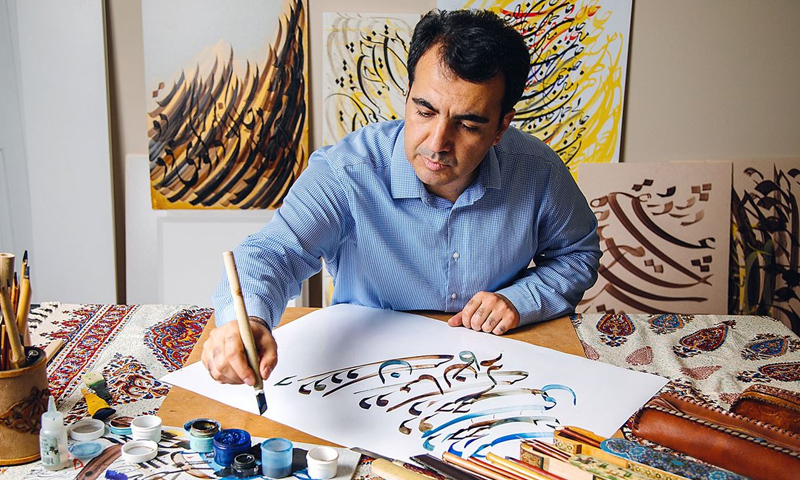 One of the gentlest and stunning pieces of art in Iran is tiling. This remarkable way of decoration has carried on most of Iran’s characteristic of architecture. There are two main techniques in tilling. One is marquetry tiling and the other is seven color tiles. Seven color tiles are when the master or designer draws the pattern of the tile with several colors (red, pink, blue, turquoise, yellow, black, and purple) and then by firing it in a kiln makes their masterpiece ready to be used on buildings. The most famous scenery decorated and designed by these seven color tiling is the Nasir mosque. 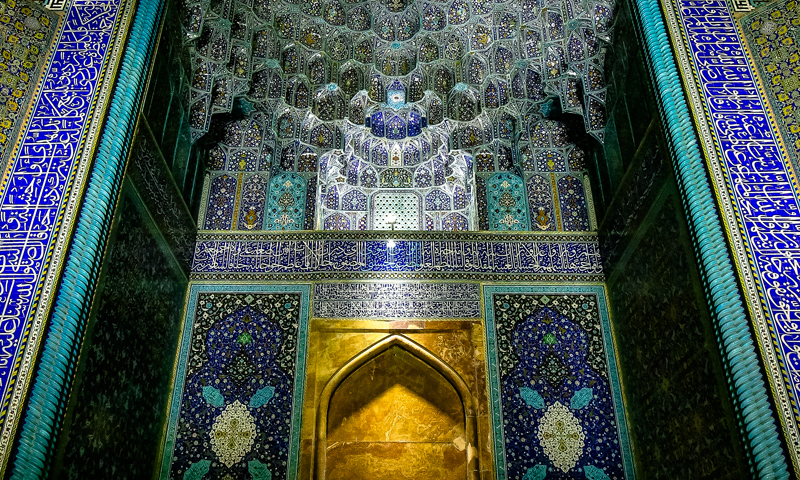 Modern arts in Iran were welcome since students started to go abroad to continue and practice their major elsewhere. Cinema, however, was brought to Iran by its King, Mozafar al-Din Shah Qajar in the late 19th century. Since then, Iran has started its way to become one of the lead producers in the movie business. As an art, the Cinema of Iran has been welcomed and appreciated in many festivals over the world, and directors such as Abbas Kiarostami, Asghar Farhadi, Mohsen Makhmalbaf and, Majid Majidi are well-known figures who have won or been nominated for several movies. 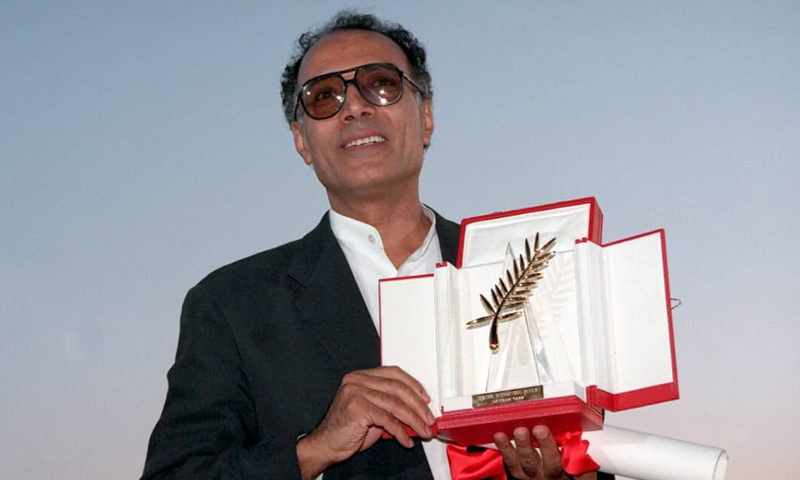