Iran covers 1,648,195 sq kms in south western Asia. Its strategic position, its vast resources, including petroleum, natural gas and minerals, its population amounting to 82 millions, and its unique cultural life make it a country of high importance. Both history and geography of Iran make it a land of highly popular with visitors. The former gives it numerous spectacular monuments, and the latter make it enjoy a climate full of variety. The northern coastal region with luxuriant forests; southern coasts with forests of tidewater; deserts with their mysterious calmness; impressive lake such as Urmia, Hammun, Parishan, Ne’ur, Sama and Zarivar; and snow-clad mountains of Damavand, Dena, Karkas, Sabalan and Tochal are among the beauties of nature, being of great appeal. 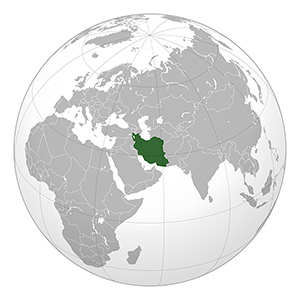 Iran‘s complex climate ranges from subtropical to sub polar. It is mild and humid in the Caspian region, but warm and humid in the southern shores. The north-western and north-eastern areas are cold and dry, while the central part has a desert climate. The heights of Zagros and Alborz enjoy mild weather in summer. Because of this complex climate Iran is famed for having four distinct seasons at the same time, so that one can go skiing in the northern mountains and swimming in the southern waters in the same season. Plant and animal life is of great variety. Wildlife includes leopards, bears, mouflon, ibex, wild ass and wild boars. Studies have revealed the presence of a remarkably wide variety of reptiles like crocodiles and turtles. Some 200 varieties of fish live in the Persian Gulf. Sturgeon is one of 30 species found in the Caspian Sea.

Iran is a cradle of human civilization. In the late 4th and early 3rd millennia BC Elamite civilization rose on the lowland Khuzestan, in the South-west of Iran. In the late 2nd millennia BC the Iranians migrating southward from the Central Asian Steppes, began to settle in the Iranian plateau. By the mid-9th century BC two major groups of Iranians rose to be the dominant force on the plateau: the Medes and the Persians. In 550 BC the Persians defeated the Medes, and the Achaemenid kings appeared on the international scene. The Parthian and Sassanian dynasties ruled Iran successively. In 625 the Sassanians were defeated by the Muslim armies and the vast majority of Iranians converted to Islam, attracted by the divine teachings of this religion. 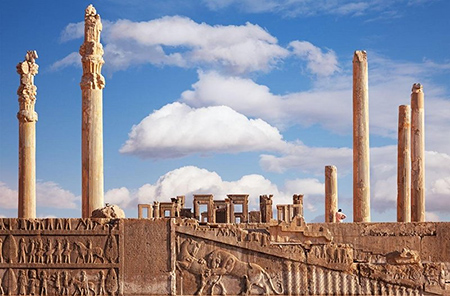 After the Arab invasion of Iran, the Saffarids were the first independent Iranian Muslim dynasty established in Iran (866-903). The Samanids and the Buyids also made great attempts to bring to fruition the Iranian renaissance. In 1216 the Mongols, sweeping in with relentless fury, obliterated many Iranian cities. In the safavid period (1501-1736) when Iran gained a powerful dynasty, the country made great progress. The Afsharids and Zands were the next dynasties that ruled Iran successively in the 18th century. The 19th century, when the Qajars reigned over Iran, was a time of disintegration for the country. Many events, both internal and external, caused it to fall into decay. In 1925, after the deposition of the last Qajar shah, Reza Khan transferred sovereignty to himself.

In the reign of Reza Shah and his son, Mohammad Reza Pahlavi, the increasing political and economical dependence on the western countries as well as disrespect to religious values raised hatred of people for the Pahlavi regime. This hatred was manifested in demonstrations against the government under the leadership of Ayatollah Khomeini in 1978 leading to establishment of the Islamic Republic of Iran in 1979.