It is an unfortunate lack of luck to stand in the shadow of great Persian Empires and being forgotten while you were there long before they could even tame horses. Shahr-e Sukhteh is yet another site that proves human nature was meant to be great and create greatness. There was no need for an Aryan perspective to form Iran, this land was capable of cultivating and breeding a mighty civilization that was beyond the times understanding.

History and the march of time’s army, does not care how advanced a tribe or a nation is, how it was beautifully fulfilling their lifetime and what a burden they carried to bring the people to grow and from that primitive world to a civilization worthy of human eminence? There could be no objections to that. To withhold the new, you’d have to let go of the past. The best way though is to take the lessons with you and move forward. This is the legacy of Shahr-e Sukhteh, the Burnt City. 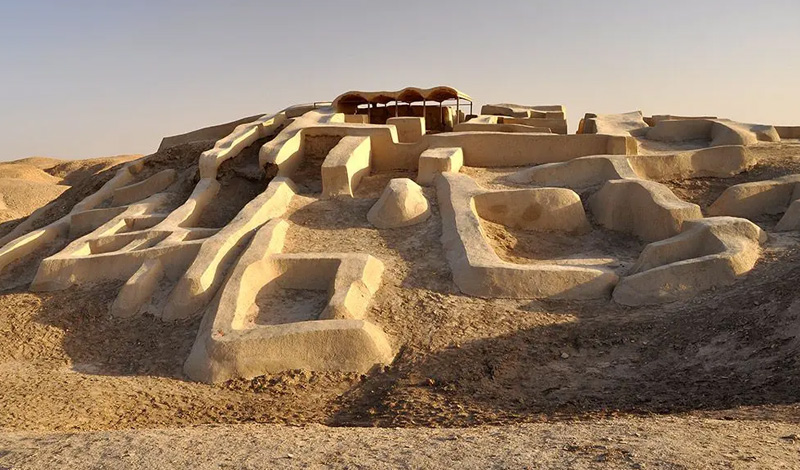 Sistan and Baluchestan province is located in the southeast of Iran and twice as large as Portugal and South Korea. It was once a region with culture and civilization. According to Shahnameh, Sistan (Zabul in particular) was the homeland of many Persian heroes from the epic era such as Dastan, Sam, Zal, and Rostam. This article, however, goes way back than these legendary men. In a distance of 215 km from Zahedan, lies the historical city of Zabul and amid that land, we find the ruins of a 6000-year-old city that could be labeled as the world’s first civilization, alongside Jiroft of Kerman.

Since mankind started to live and came out of the caves and looked for food to grow in fields, many civilizations have emerged, civilizations that left their mark and trace in history. No matter how hard the world tries to out push Iran and deny its role in the world’s history, true documents and facts are there to testify for her. During the Bronze Age, 3000 years before Christ, the inhabitants of the Iran plateau built one of the largest and most advanced cities in the world. In a city of 280 hectares, archaeologists have discovered objects that man-kind were only able to build hundreds of years later.

Shahr-e Sukhteh was well organized and urban engineering was a remarkable example of how ancient this knowledge is. The regular water supply and sewage system, advanced medical knowledge, and hundreds of other factors have added to the importance of this region. It is one of the rarest ancient cities where women have been in charge of their family’s finances. It is rather unbelievable that such a deserted and dry land that Shahr-e Sukhteh is today was once green and prosperous and there were many willows, maple, and poplar trees there.

Shahr-e Sukhteh has located 56 km from Zabul, between the Helmand River and Hamun Lake. The 6000-year-old city was not just a residential area, but also included an industrial square, a cemetery, and a place for monuments. It is interesting to know that only 80 hectares of this city were residential. According to the burnt artifacts and ashes found in the city, archaeologists believe that the city was burned in a fire several thousand years BC. This is the motive for naming the place, the Burnt City but Italian archaeologists, who had been exploring the city for 11 years since 1978, put draught and strong winds that carried dust with them, as the main reason that uninhabited and vacated this region.

Helmand changed, and because the industry was the most important source of income for the people of the city they found themselves unable to afford it. There were many kilns around the city as well. A fire starting from there and taken by the wind could be the cause of those found ashes. Hamun Lake was a large and watery lake in 3200 BC and was fed by several permanent rivers such as the Helmand, and even now more or less Helmand and other rivers often feed on the lake seasonally. At that time, there were vast reeds around Hamun Lake. Due to this grand water resource, Shahr-e Sukhteh ought to have had strong irrigation streams and tributaries. Surveys of the area around the city have found the bed of various streams and waterways that were supplying water to the farms. 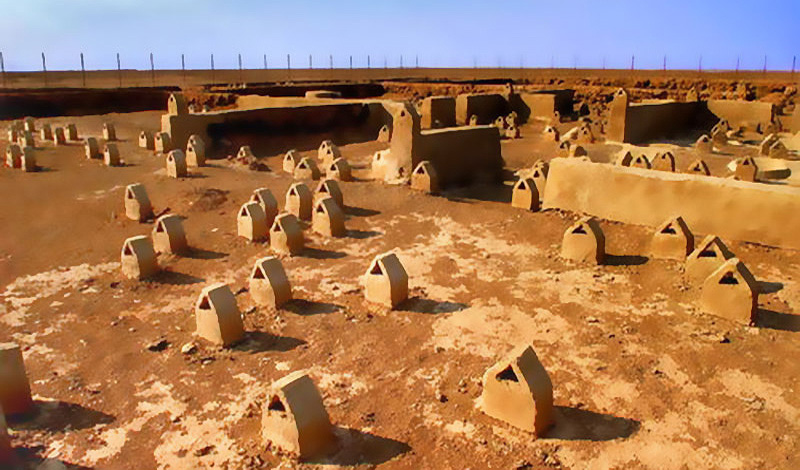 Archaeologists have strong documents to prove that the Burnt City was the most modern city of that time. Years ago, while they were excavating the place they never thought they would find an artificial eyeball or a skull that was under surgery. Brain surgery!! That only means these people were very skilled and medicine was a true practice in the science category not some voodoo from a Shaman. While archaeologists were examining the tombs, they found the body of a woman with an artificial left eye. This artificial eye was different from what they had ever found or witnessed. The woman’s artificial eye was made out of some type of animal fat, mixed with needed materials, and most interestingly, it had capillaries, which were less than half a millimeter thick, drawn on it by gold wires; Professional!

A skull of a girl about twelve or thirteen years old was found during the excavations of Shahr-e Sukhteh. The girl underwent brain surgery 4800 years ago by her doctors to treat hydrocephalus (a collection of fluid in the skull), and part of her skull bone was removed and she survived long after that operation. The excavators were able to find 12 types of textile fabrics we come to learn that Shahr-e Sukhteh had one of the best textile industries at the time. These pieces were found on corpses while they were examining the graves.

There were also other successful industries in the city, such as jewelry making, which was also identified based on the jewelry and objects discovered in the graves. It is interesting to know that for water supply and municipal sewage systems, clay canals were. They were masterly managed and considered a regular and advanced system.

Archaeologists surprise raised as they unearthed a goblet with the image of a goat with a tree on it. After examining the goblet, they found that they were holding the world’s first motion image, in short, Animation. The engraving on the cup, unlike other artifacts from the burnt-out historical sites of the burnt city, had a purposeful repetition, showing the movement of the goat towards the tree. The artist -known now as the animator- used the earthenware to draw a goat in 5 movements. The goat moves towards the tree and feeds on its leaves.

Many objects discovered from Shahr-e Sukhteh, such as beads, pottery, and stone objects, reconstructed specimens of tombs found with skeletons, statues, etc., have been exhibited in its Museum. People come and go. We only have a small limited share of life on this earth. What are a few years compared to millennium after millenniums? If we stand still we shall rot, like how water does. Those who immersed life in dynamism made that couple of years count. So that you and I could still be amazed after 6000 years.

Some create beauty and those who get to testify to that. While the first is grand, the later pictures a heart that could embrace it all. Getting to know Shahr-e Sukhteh, the idea behind it, and its people and letting yourself to be amazed by that and appreciate it, is something spectacular that parallels with what they did. 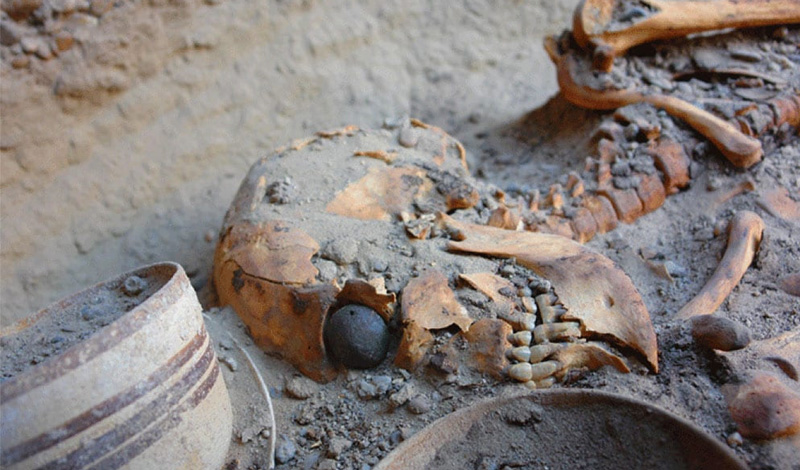