The silent volcano of Sabalan, like a woman spreading her pleated skirt around her, covers all of Ardabil and half of Azerbaijan and is beautiful enough without the need for a beautician.

Do places call upon people? Do they present themselves to some, offering them land to start living? Or do people just mechanically search for a place that is the best for their benefit? They put to and two together and see that this land has water or fresh air or is safer and more fertile than the others so let’s stay here? One would like to think there is more to what our eyes meet, wouldn’t one?

At least, in this case, about this special place, Sheikh Safi Al-Din Khanegah and Shrine Ensemble in Ardabil, due to the character behind the mausoleum, I guess the land did pull a few strings and had done some tricks of its own. The third and let’s say the best approach to this is to combine the two first assumptions, a land attracts and the landlord draws attention to himself. They both become allies to create beauty and therefore be immanent.

Since the Turks migrated to Azerbaijan, Turkish dynasties ruled over all of Iran. Turkish rulers ruled Tabriz and Ardabil and surrounding cities. Large numbers of Turks settled in this part and the Turkish Language spread there. The Shah-Savan (King-devotees) tribe was the main Turkish tribe to spend most summers and winters in Azerbaijan since the Safavid dynasty placed them there. Almost 98% of the people of Ardabil province are Turks and speak Azeri. 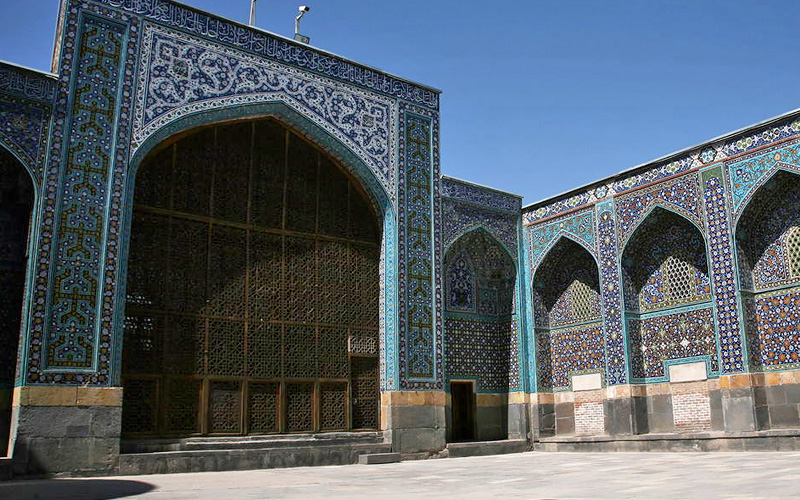 Ardabil has had many ups and downs throughout history and has always been the center of the Azerbaijani region before Tabriz. During the Mongol invasion, the leaders of the Mongol army came to Azerbaijan in pursuit of Jalal Ad-Din Khwarazmshah (Mingburnu), a mighty fearless man of honor and strategy to stand in front of them while his shallow inefficient father flew before them. Defending the defenseless king Ardabil paid the ultimate price and was burned to ashes due to its resistance, like Nishapur and other cities in Iran, and no one survived except those who fled with difficulty.

Later, when Iran, torn to pieces by every Khan and tribe, fell like a miserable and lifeless body under their feet, the Ilkhanate tried to establish a government in Iran. They lived in Azerbaijan, settled in Tabriz. Ardabil was revived but lost its political significance.

Sheikh Safi al-Din Ardabili established his religious orientation in Ardabil. Later on, this movement that is suggested was off to power from the start was led by Ismail. Relying on the authority and the grandeur of his ancestor, Ismail has crowned the king of all Iran, rising from Persia and making Iran united again. This time under the flag of Shiite. Shiite became the official sect of all Iran.

What Shah Ismail did was like Ardashir I, the founder of the Sassanid dynasty who unified Persia’s territory with the element of religion as well. Fire temples were cleansed and the Magi were respected once again. After Shah Ismail announced following Shiite, much attention was paid to the tombs of the great Shiites who had been abandoned until then, and Shiite clerics and scholars were given such a grand position.

After that, Ardabil became this holy place to pilgrimage because of the tomb of Sheikh Safi al-Din, and many people, as well as Safavid rulers, made their vows in this city.

The Safavid dynasty has always been important in the history of Iran because of the influences it has had on our politics, character, and religious affairs to this day. It is not strange that the leader and head of the dynasty of such a government should be honored. Especially that Sheikh Safi al-Din himself during his lifetime (8th century AH) was a full-fledged Sufi and austerity. He was humble and paid attention to the development of the people of his hometown.

Sheikh Safi established his monastery in his father’s inherited land and called all the followers of Sheikh Zahid Gilani and instated a new ritual, and draw the attention of others toward it. Most of Sheikh Safi’s followers were Mongol and patriarchal rulers and they dedicated properties to the monastery and the sheik and this helped them to become less savage. 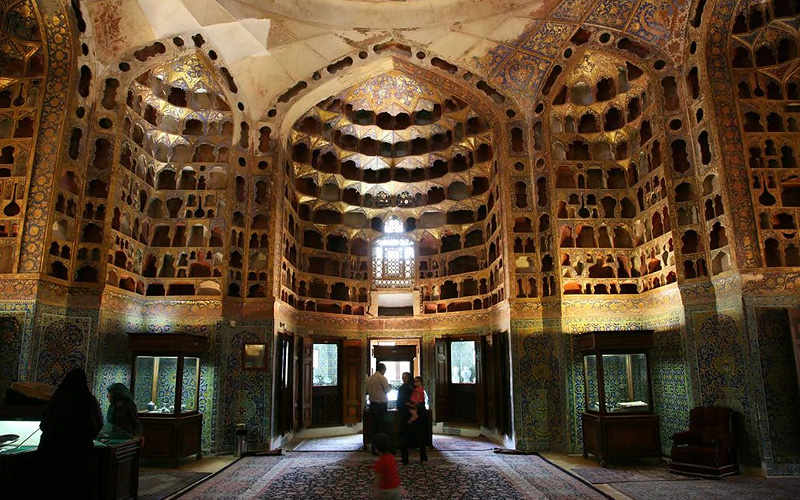 The great thing that Sheikh Safi al-Din did, which was different from all the Sufi sects of the time was that he chose his son Sadr al-Din Musa as his successor and laid the foundations for the inherited path that eventually came to power. Hence, the place where he lived was run by his children with the same dignity and respect as before, where it gradually gained a political state.

The tomb of Sheikh Safi al-Din Ardabili, especially during the reign of Shah Abbas became a unique, remarkable and significant building in terms of architecture and is listed as one of UNESCO World Heritage Sites.

The building consists of a place for worship, the tomb of Sheikh Safi, a basement, a shelter, a place to live, and even a rich library. The best artists and calligraphers of the golden age of the Safavids served to build and decorate it under Shah Abbas’s supervision, who was devoted to Sheikh Safi. Muqarnas, tiling, painting, gilding, and are just some of the excessive aspects of the beauty and art applied to this building.

One of the attractions of Sheikh Safi’s tomb is the special narrowing of the porch of the house. Plaster motifs are among those decorations of architectural art that had been used along with building construction for a long time. “Tongbory” is also a kind of plaster cutting decoration evolved and completed during the Safavid era. In addition to its aesthetic aspect, this decoration had other functions that it indicates itself the measure of Persian artist who has thought of beauty and function simultaneously. The two examples of this art could be seen in Ali Qapo of ​​Isfahan and the tomb of Sheikh Safi al-Din Ardabili.

The land around the tomb was offered to those patriots who were killed in the battle of Chaldiran. Shah Ismail anointed them as martyrs and gave the order to bury them near his beloved, Sheikh Safi Al-Din.

So, in the end, we may open up to this idea or vision that both the land and the landlord are participants whose destiny is to create beauty. Even if we do not believe in destiny, the fact that humans build their life according to their will doubles the greatness and beauty of this place. 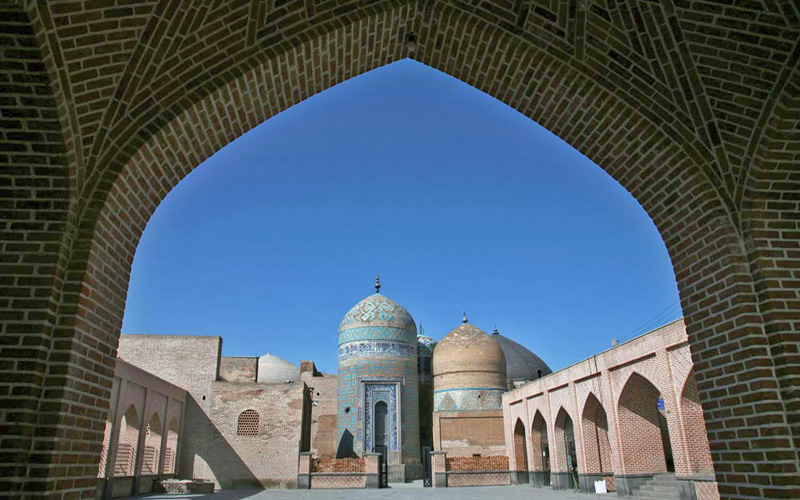