According to the news, Saudi Arabia is to allow foreign women and men to share hotel rooms without proving they are married.

To grow its tourism industry and in move away from its traditionally strict social code, all women will also be allowed to stay in hotel rooms without a male family member.

Previously, Couples had to prove they were married before getting a hotel room in the Gulf state, where sex outside of marriage is banned.

Unaccompanied women were banned from doing so.

Recently, the oil-rich nation launched a new tourist visa system for 49 countries to attract holidaymakers and investors in the hope of diversifying its economy away from oil exports.

As part of the move, alcohol remains banned and travelers or tourists will not need to wear all-covering black robes but must dress modestly.

Announcing the changes on Friday, “All Saudi nationals are asked to show family ID or proof of relationship on checking into hotels. This is not required of foreign tourists” the Saudi Commission for Tourism and National Heritage, said. 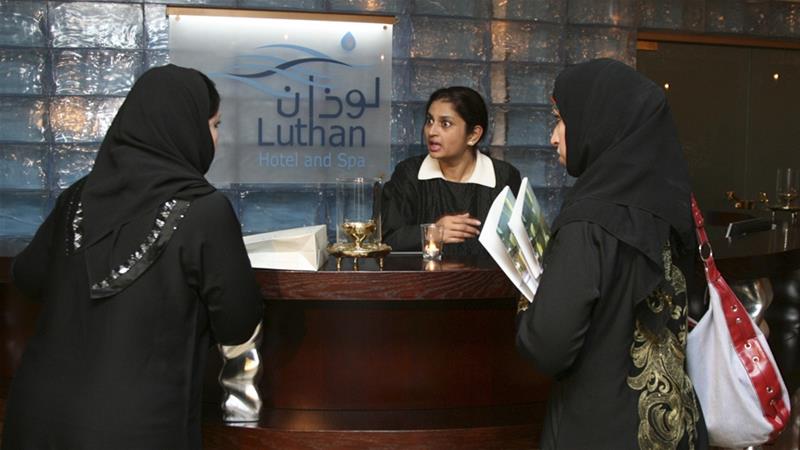