Australia facing what could be its ‘most dangerous bushfire week’ 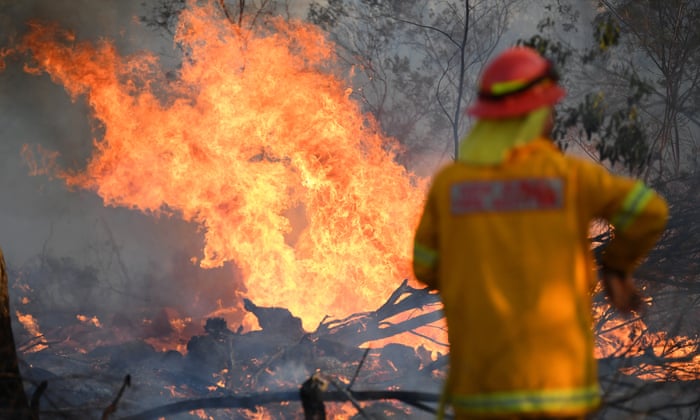 New South Wales has declared a state of emergency as its deadly bushfires are expected to get much worse.
The state of emergency will last for seven days and allows the fire service to direct government agencies.
This could include ordering the shutdown of utilities such as electricity and gas or taking possession of the property to help the emergency response.
The fires have already destroyed more than 150 homes and killed three people in Australia’s most populous state.
Ambulance Commissioner Dominic Morgan said:” More than 100 people, including 20 firefighters, have been treated for fire-related injuries”
“Residents were facing what “could be the most dangerous bushfire week this nation has ever seen,” New South Wales state emergency services minister David Elliott said.
“Tuesday would bring “catastrophic fire danger” in the greater Sydney and the Hunter Valley areas, adding “lives and homes will be at risk” NSW Rural Fire Service warned that.

Where is the hottest place in the world?