Iranian pottery production presents a continuous history from the beginning of Iranian history until the present day. ceramic is perhaps the earliest and the most important invention made by man. For historians and archaeologists it is the most significant of the artistic manifestations representing the social organization, economic conditions and cultural stage of a particular region. Other media, e.g. metal and textiles can be destroyed, or re-used, but pottery is indestructible, and even small fragments reveal a great deal of information for an expert. One of the earliest known and excavated prehistoric sites that produced pottery is ganj Darreh Tappeh in the Kermanshah region, dating back to the 8th millennium Bce Another great discovery was made south of the caspian sea in a cave, in the so-called Kamarband, (Belt cave) near present day Behshahr. Here again the pottery finds date to 8000 Bc. with the coming of the Achaemenid Dynasty in the 6th century Bce great advances were made in pottery manufacture. The simple ware became more popular and widespread. It was nevertheless in the finer wares that progress is most noticeable. New shapes were introduced, e.g. the rhyton. The surfaces were now decorated with incised and moulded designs. certain prehistoric traditions have survived and continued. This is perhaps best observed in the application of animal figurines. These are attached to the handles of jars and rhytons. The traditions of pottery have continued their life to the present day and you can find many wonderful ceramic works in traditional bazaars of Iran. 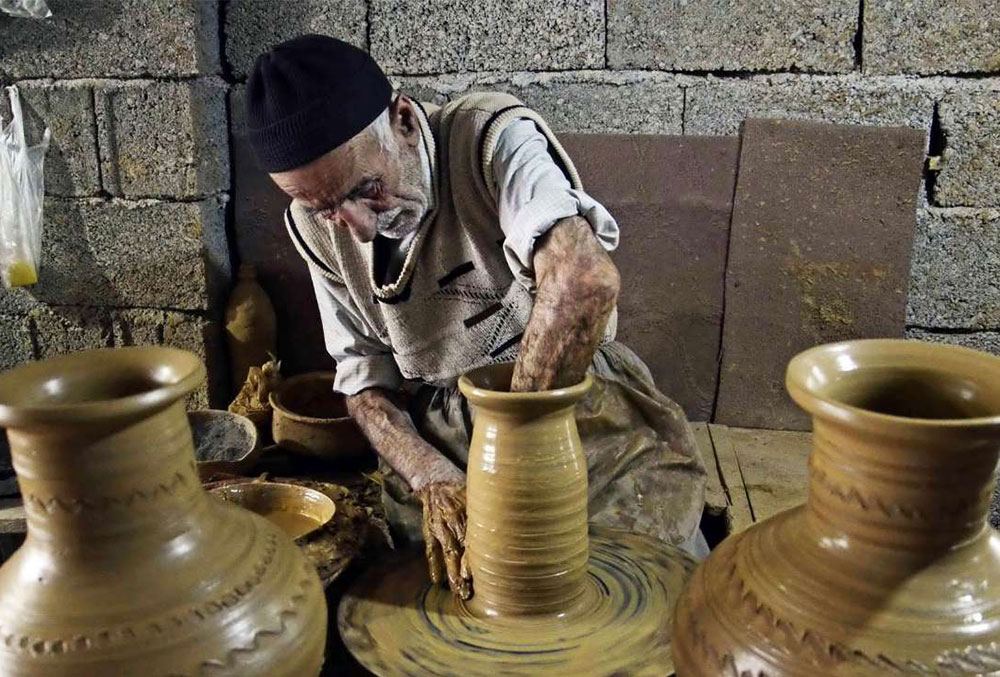