Scientists Found a 60,000-year-old Forest Underwater – and It Could Improve People’s Lives in the Long Run

A recent discovery near the Gulf of Mexico could mean some new scientific developments that could improve our daily lives.

Scientists have discovered an underwater forest of trees that dates back about 60,000 years, CNN reported. The well-preserved wood from the trees has the potential to help develop new types of medical treatments.

According to the National Oceanic and Atmospheric Administration (NOAA), the prehistoric bald cypress forest, which used to grow on the banks of a river near the Gulf of Mexico, close to the coast of Alabama, became “entombed” in the peat and sediment of the river as the waters continued to rise and the trees died and fell into the water below. The trees remained buried there until very recently, protected from decay by water and sediment.

CNN reported that the sediment protected the trees from oxygen, which would otherwise cause the trees to decompose. The trees were so well preserved, they even still had bark on them. It wasn’t until Hurricane Ivan hit the Gulf Coast in 2004, sweeping up the ocean floor, that the forest was finally unearthed, CNN reported. 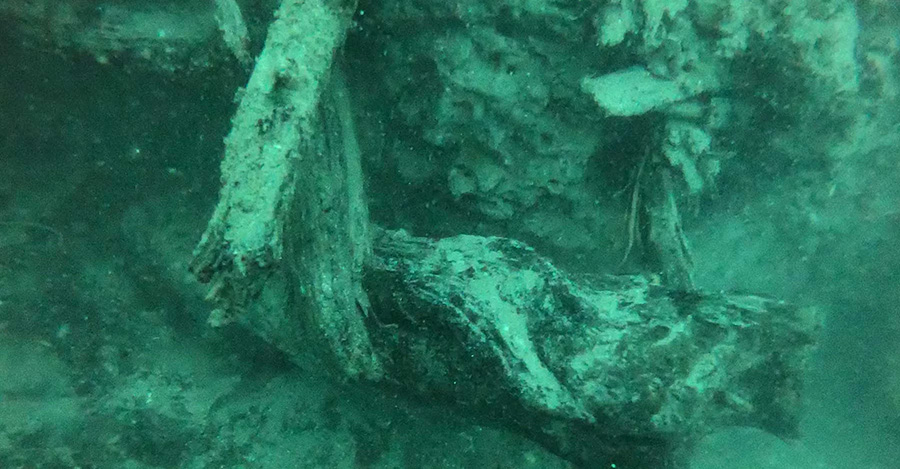 The forest now sits about 60 feet below the surface of the water in Mobile Bay, Alabama. Since 2004, scientists have been visiting the site to learn more about the ancient forest, CNN reported. In December 2019, scientists from Northeastern University and the University of Utah, funded by the NOAA Office of Ocean Exploration and Research (OER) led an expedition to take pieces of the wood back to the lab for study.

“It was a nice day. Pretty calm on the surface and we were expecting it be equally nice on the bottom,” said Brian Helmuth, a professor of marine and environmental sciences at Northeastern University, to CNN. “But we got to the bottom and it was like diving in chocolate milk. We literally could not see our hands in front of our faces.”

Even though the visibility wasn’t great, you could pretty easily imagine it being the edge of a cypress forest and it was almost an eerie feeling of stepping back in time,” Helmuth added.

When the wood was taken back to the lab, scientists discovered more than 300 organisms and animals living inside the wood, including shipworms, which is a type of clam that can transform wood into animal tissue, according to CNN.

The shipworms created over 100 strains of bacteria — about 12 of which are being tested for their potential to create new medical treatments, CNN reported. Previous strains of shipworm bacteria have led to antibiotics that treat parasitic infections in the past, according to NOAA.

Margo Haygood, a research professor of medicinal chemistry at the University of Utah, told CNN that the strains could potentially be used to create new anti-cancer drugs, treatments for pain, or possibly anti-virals. Besides, scientists are studying samples to see if they can be used in textile and paper production, food, chemicals, or renewable energy.

While these new developments may be many years away from being part of our daily lives, scientists seem optimistic about how they could improve society in the long run.

Singapore to Certify Hotels and Tourist Attractions for Cleanliness with New...