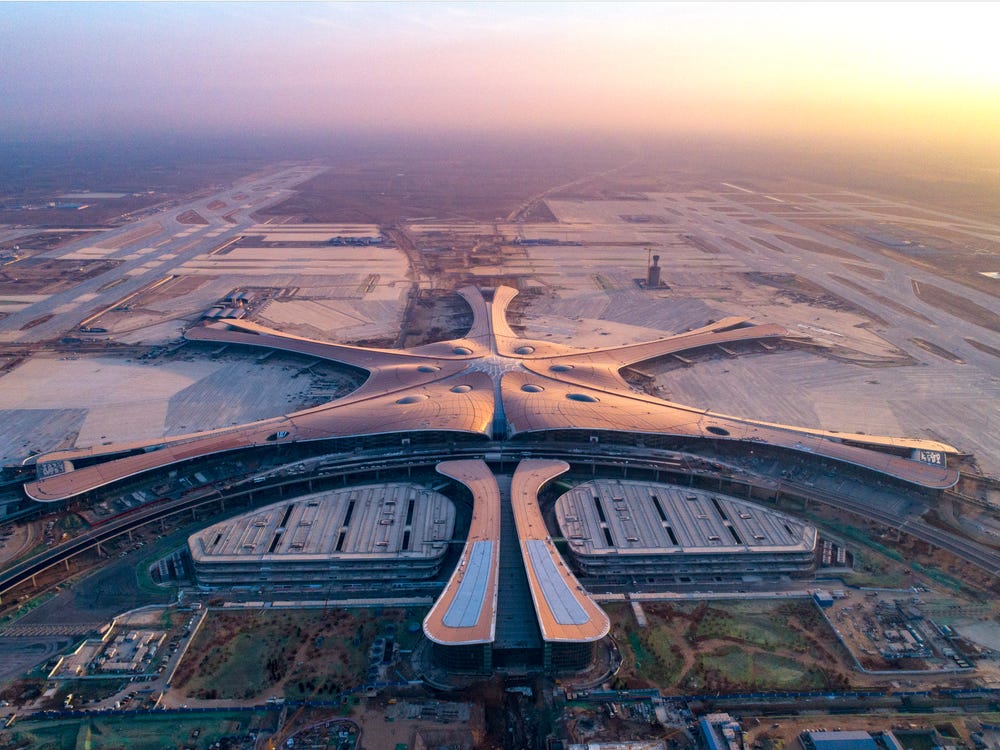 This airport which serves as the second airport for the nation’s capital, opened by Chinese President Xi Jingpin, spans one million square meters (11 million square feet).

It is first, Beijing Capital International, was running at maximum capacity by 2012, and is the second busiest airport in the world, after Hartsfield-Jackson Atlanta International.

Authorities said another airport was needed and the huge structure took just five years to build at a cost of 120 billion yuan (£13.5bn) and has been designed to handle up to 72 million passengers a year.

The building and structure consist of six spokes coming out from the middle of the building, earning it the nickname “The Starfish”.

This airport will not only serve as an airport. Like many others around the world, it will contain retail, dining, and entertainment, as well as interactive pet hotels, childcare facilities and a showroom for companies.

Daxing International Airport was designed by the late Iraqi-British architect Zaha Hadid, who also designed the aquatics center for the London Olympics and the Riverside Museum in Glasgow.

Thousands of people gathered together in Canada to protect the environment.
Scroll to top