Six bodies of wild elephants were found in the deep ravine near Bangkok on Saturday
The National Park officers, Khao Yai used drones to look into the bottom of the valley the six others had fallen on Saturday morning.
After the drone images revealed Five more elephants’ bodies were discovered on Tuesday,
According to Sompoch Maneerat’s speech, a total of 11 elephants discovered dead including three-year-old and 10 adult elephants.
According to a report which was submitted to the Department of National Parks, Wildlife and Plant Conservation, People at the park of Bangkok saw the large herd gathering on a road near Haew Narok waterfall on Thursday
Elephant cries coming from the waterfall around 3 am on Saturday and officials heard that noise and brought the army in at dawn to search for footprints to find them. 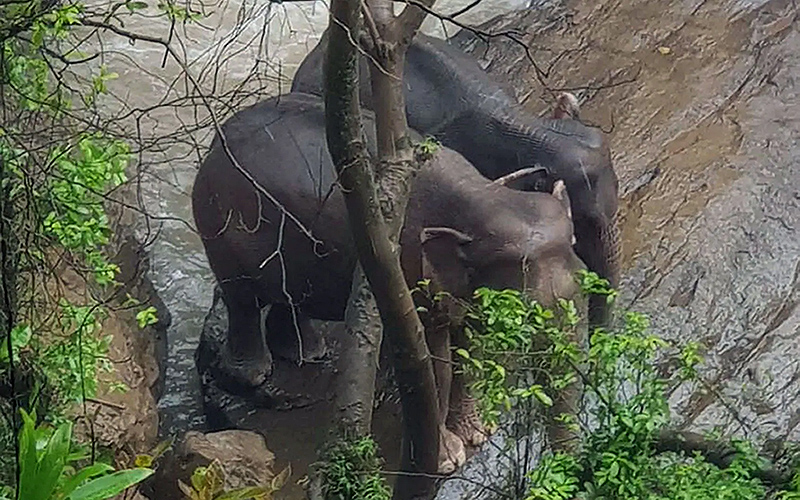