Regulation and legislation to impose tougher sentences on foreign criminals and sex offenders will feature in the first Queen’s Speech of Boris Johnson’s premiership this morning.

“restoring confidence to the justice system is a key part of the government’s domestic agenda, which will also include investing in the NHS, tackling violent crime and addressing the cost of living” Number 10 has said.

Brexit will also feature, with plans to rush through a Withdrawal Agreement Bill to ratify any deal the prime minister manages to strike with Brussels at the upcoming EU summit.

Mr. Johnson has promised an ” Ambitious and optimistic ” programmed which will, in his words, make the UK “the greatest place on Earth”.

But with no Commons majority and a general election on the horizon, it is questionable how much of the legislation can get through parliament.

Labour has dismissed the Queen’s Speech as a “cynical stunt” and “a pre-election party political broadcast” for the Conservatives.

Measures on law and order will form a big part of the government’s agenda.

“We have been a soft touch on foreign criminals for too long” Home Secretary Priti Patel claiming. 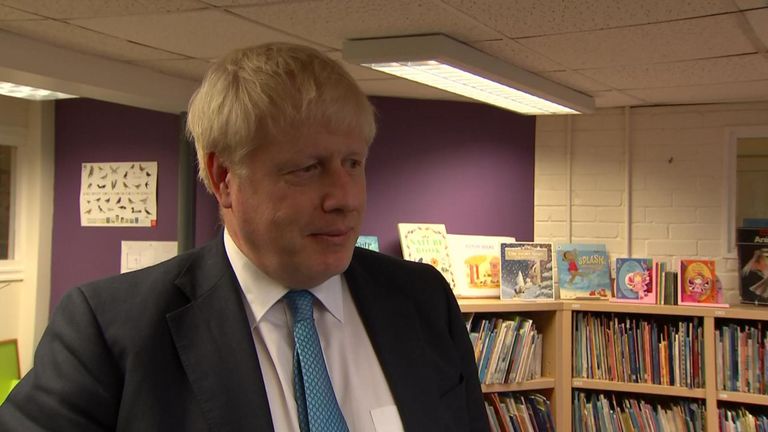