Recently, scientists believe they have solved the mystery regarding the origin of Egyptian desert glass, fragments of which have been found scattered across the Sahara.
Glass forms naturally when molten material cools so quickly that the molecules can’t settle into an ordered structure such as a crystal.
In Egypt Yellow desert glass has been found in ancient jewelry, including a scarab carved from the material which features in pectoral jewelry buried beside the pharaoh Tutankhamun.
Mysteriously the glass is scattered across tens of square kilometers of the Sahara in Egypt and Libya.
Now, scientists have established that this glass was created by a meteorite impact rather than the airburst of a meteor which exploded in the atmosphere.
The work published in the journal Geology, by researchers from Curtin University in Australia, examined tiny grains of zircon found in samples of the glass, which formed 29 million years ago.
That shows how the canary yellow glass had traces of an extremely rare mineral called reidite which only forms during meteorite impacts. 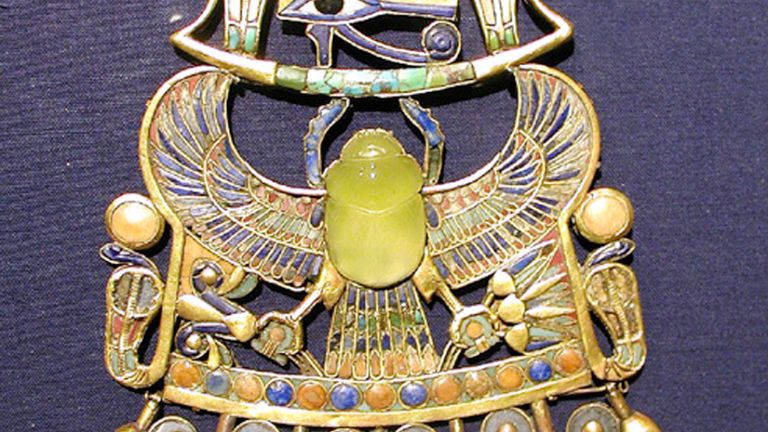