Tourists in Pompeii will be able to see an erotic fresco depicting a scene from the Greek myth Leda and the Swan for the first time.
The fresco shows Leda, Queen of Sparta, being impregnated by the god Zeus in disguise as a swan.
In the provocative scene, the disguised god is seen perched on Leda’s naked lap.
The painting was discovered last year during maintenance work in Regio V, an area of the ancient Roman city which is still being excavated by archaeologists.
Pompeii was buried under mounds of volcanic ash when Mount Vesuvius erupted in 79 AD.
Experts believe the fresco decorated the bedroom of a wealthy home on Via del Vesuvio.
The road and the nearby Central Baths will be opened to the public for the first time while the House of Golden Cupids will be reopened following maintenance works. 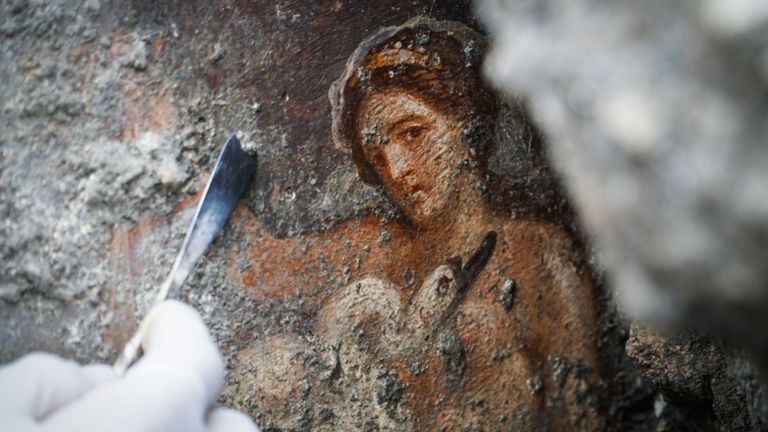