The UK is committing £75m to help Britons stranded abroad by chartering rescue flights when there are no other routes available.

Speaking at the daily Downing Street briefing on the coronavirus, Foreign Secretary Dominic Raab said the new plan will assist tens of thousands of travellers.

Up to a million Britons are thought to be stranded as airlines and borders across the world shut down in a bid to stem the COVID-19 outbreak.

The Foreign and Commonwealth Office (FCO) and Department for Trade have signed a memorandum of understanding with a group of airlines – Virgin, EasyJet, Jet2 and Titan Airways – to help travellers get back where they have tickets and where there are still commercial routes available. British Airways has also made a commitment. 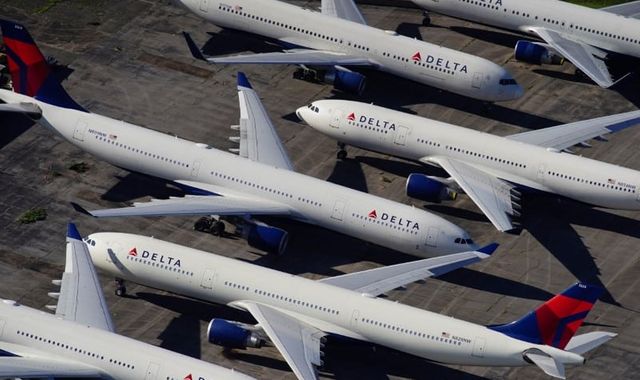 Travellers will be allowed to use different carriers or fly on different days.

Where there is no commercial option, the FCO is going to use the travel management company CTM to organise charter flights to bring Britons home.

When availability comes up for a flight, embassies and missions around the world will alert any British national in their country wanting to come home.

Mr Raab said priority would be given to the most vulnerable – including the elderly or those with pressing medical needs – and also to countries where there are large numbers of British tourists trying to return to the UK.

Mr Raab said an “unprecedented” number of British travellers were trying to come back – which he estimated to be in the hundreds of thousands.

He said around 150,000 British nationals had already been helped back from Spain, while 8,500 were brought back from Morocco and 5,000 from Cyprus.

“We’ve not faced challenges like this in getting people home from abroad on this scale in recent memory,” he added.

Shadow foreign secretary Emily Thornberry criticised the government’s efforts, saying: “We were promised a new strategy on repatriations today, but for the hundreds of thousands of Brits stranded abroad and their families back home it was just more of the same.

“More reliance on commercial flights, which, for too many British travellers based in too many locations, are simply not an option at present. More vague promises about charter flights, but none of the commitment or urgency other countries like Germany have put into this.”