Britain’s biggest airport and some of the aviation industry’s biggest manufacturers are mounting a frantic lobbying campaign to secure taxpayer support for Virgin Atlantic Airways.

Sky News has learnt that Airbus, Rolls-Royce Holdings and Heathrow Airport have this week written separately to Grant Shapps, the transport secretary, to urge the government to “do all it can to support Virgin in these extremely difficult times”.

In one letter, John Harrison, general counsel and UK chairman of Airbus, warned that Virgin Atlantic’s “collapse could have an extremely negative impact on the A330 [aircraft manufacturing] programme”.

“As you will be aware, all wings for these aircraft are designed and manufactured in the UK, and orders from airlines like Virgin are vital for the continuation of our business,” Mr Harrison wrote.

Similar messages are understood to have been communicated by Heathrow and Rolls-Royce, both of which are also significant customers of Virgin Atlantic.

One industry source said the letters had been written at the instigation of the British airline. 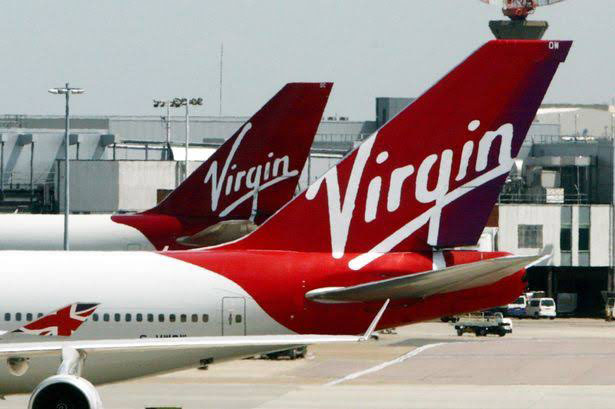 The Airbus executive’s warning represents one of the first signs that Virgin Atlantic regards the coronavirus pandemic as an existential threat.

It is now seeking support from the government in the form of several hundred million pounds of credit facilities and guarantees against payments being held back by credit card companies.

Discussions are continuing between the airline and Whitehall officials this week.

Virgin Atlantic has asked staff to take eight weeks of unpaid leave, grounded most of its fleet and announced that its chief executive would take a pay cut for several months.

One challenge for the government in deciding whether to extend special support to the company lies in the fact that its two largest shareholders are Sir Richard and Delta Air Lines, the big American carrier.

Last week, Rishi Sunak, the chancellor, indicated that state aid would be available “only as a last resort” and after the support of broader government schemes and companies’ existing shareholders had been pursued.

He added that help would only be afforded to companies which had demonstrated their value to the wider UK economy and to competition in the aviation sector.

As a privately owned company, Virgin Atlantic may find it difficult to raise equity unless it was prepared to find a new investor at a distressed valuation.

In his letter to Mr Shapps, which was copied to Mr Sunak, Airbus said Virgin Atlantic had played an important role in working towards the decarbonisation of Britain’s aviation industry.

Mr Harrison added that it was “important for UK passengers to have access to a market that has choice and competition”.

“Virgin has a vital role in ensuring this remains the case, and also contributes to the tourism industry in the UK through Virgin Holidays,” he wrote.

Sky News revealed this week that ministers had hired a leading accountancy firm to advise them on rescue requests from airlines and airport-owners that could cost taxpayers billions of pounds.

The aviation industry has warned that it is running out of time to secure funding that would keep some of its most prominent players aloft as the coronavirus outbreak creates the biggest crisis in its history.

EasyJet is also regarded as a likely candidate to require taxpayer’s support if the effective shutdown of the aviation industry lasts for longer than three months.

On Monday, easyJet grounded its entire fleet and said it would furlough thousands of staff.

A spokesman for the DfT said: “The aviation sector is important to the UK economy, and firms can draw upon the unprecedented package of measures announced by the chancellor, including schemes to raise capital, flexibilities with tax bills, and financial support for employees.

“We are continuing to work closely with the sector and are willing to consider the situation of individual firms, so long as all other government schemes have been explored and all commercial options exhausted, including raising capital from existing investors.”

Tim Alderslade, the chief executive of lobbying group Airlines UK, described the situation facing airlines as “grave” and said the government was “not doing enough on some of the cross-industry measures they could be putting in place to prop up the sector in the here and now, and to stimulate demand once we enter the recovery stage”.

Airlines also want ministers to underwrite hundreds of millions of pounds in regulatory and air traffic control charges as they seek to navigate through the escalating coronavirus crisis.

Best and worst cities to drive in: London scores low but Birmingham is bett...
Scroll to top