Before the coronavirus pandemic, the Alpine ski resort of Ischgl, widely known as the “Ibiza of the Alps,” knew how to throw a party. The village, which is nestled in the snowy mountains where the borders of Austria, Italy, and Switzerland intersect, billed itself as the winter capital of “party tourism,” where après-ski bars were packed every night of the week all season long.

Ischgl locked down on March 13, after nearly 800 coronavirus cases, from Iceland to Ireland and beyond, were traced back to the adult playground. That was five days after a bar closed down after one of its staffers tested positive for COVID-19 a week earlier (the bar was disinfected but not shuttered), and nine days after Iceland declared the resort town a hot spot (the bad kind). At the time, local authorities in the Tyrol government, which has jurisdiction over the resort area, shot back that the Icelandic skiers undoubtedly contracted the virus on the flight home, which went through Milan. The ski season brings in a revenue of around $120 million a year to Ischgl. Its chalets and hotels are booked years in advance, so authorities feared that raising the alarm would have left many in financial ruin—a fate they suffered anyway. 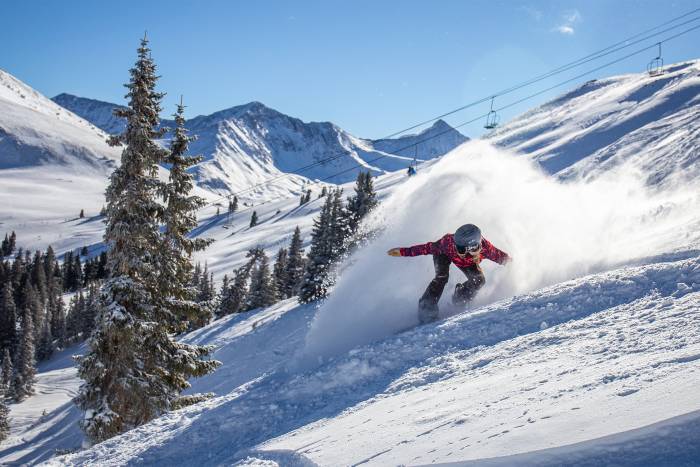 Authorities now say the über-contagion took place over a 14-day period that was left unchecked even as health authorities warned that it was fast-becoming the epicenter of European spread after infected skiers passed it from one to another on the slopes, in the spas, and at the bars. The German magazine Der Spiegel traced how the contagion was left unchecked, and how authorities ignored the warning signs that could have helped mitigate the spread to other countries. The investigation focuses on a single traveler from Ireland who brought it back from his ski holiday, and on 14 cases in Iceland involving people who did not all travel together, and who stayed in five different hotels in the resort town.

On Thursday—post-quarantine—the village reopened, but not as the party town it once was. “We will question developments of the past years and, where necessary, make corrections,” Ischgl Mayor Werner Kurz said in a statement as he unlocked the village, which still has several weeks of good snow left. “That means more quality and less party tourism, prioritizing skiers and fewer day-trippers on buses who only come to the party.”

Reinventing the town that thrived on fast fun is not going to be easy—or cheap. “We are also thinking with all businesses about what an upmarket après-ski culture can look like,” Kurz’s statement says.But many of the town’s businesses lost tens of thousands of euros in the pandemic and just won’t have resources to start over to attract more discerning guests.

The rebranding also garnered a mea culpa from Tyrol’s governor, Guenther Platter, who called the spread “not serious” back in March. The platter has now launched a government review of the handling of the situation in response to a lawsuit brought on by an Austrian consumer-rights group and admitted that “mistakes were made.”

The Hawaii Tourism Authority is now paying for visitors to leave

Coronavirus: German tourists stuck in Morocco, and they’re not happy with...
Scroll to top