A Historical Landmark in Iran which called Tall-E Takht

The Tall-e Takht Citadel is a tremendous unfinished platform built to one side of a natural hillock in Iran’s southern province of Fars.

It was most probably built during the reign of Cyrus the Great but was abandoned after his death in 530 BCE. Like the Acropolis in Athens, it may have been intended as a massive fortified plinth to hold palaces and temples.

This was realized later at Persepolis when Cyrus’ successors built their palaces on large plinths somewhat similar to Tall-e Takht.

Over the mountain to the north of the Pasargadae plain, there is a beautiful area with large stony-white walls, in which many artifacts have been found. Thus, witnessing the reality that this place had been inhabited even before the Achaemenian period, and was most probably used as a praying site. The discovered objects belong to 4000 BC.

Tall-e Takht with 80 m. length and 15 m. height has been made up of some 20 layers of huge stone slabs having up to six tons weight. 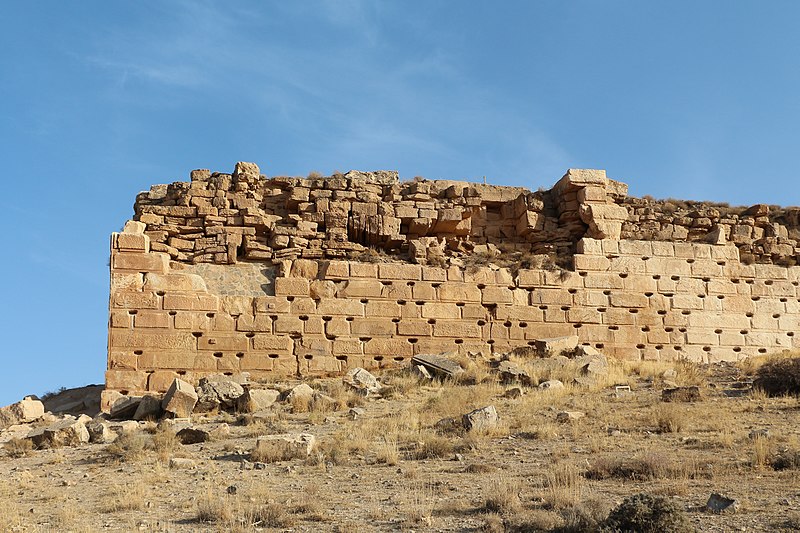 Is it the Shazdeh Mahan One of the Magnificent Historic Gardens of Iran?