According to Italian news agency ANSA, the city’s “tourist police” have been seen moving people away from the monument and those in breach of the rules face a fine of €250 (£230),

Earlier this year, the council issued new rules banning any “camping out” or “sitting” on historic monuments, including the Spanish Steps.

This landmark was made famous by the 1953 film Roman Holiday which starred Audrey Hepburn and Gregory Peck.

That is classed as one of Rome’s architectural masterpieces and was designed by Francesco de Sanctis between 1723 and 1726.

The UNESCO site comprises 136 steps leading up to the Trinita Dei Monti church.

Recently the marble steps have been discolored by pollution, as well as being stained by wine and coffee spills.

The latest move comes as cities crackdown on troublesome tourists, with officials in Venice introducing a new raft of rules which include not going shirtless in the streets or swimming in canals or Last month, two German tourists were fined €950 (£875) for making coffee on the steps of the Rialto bridge in Venice. 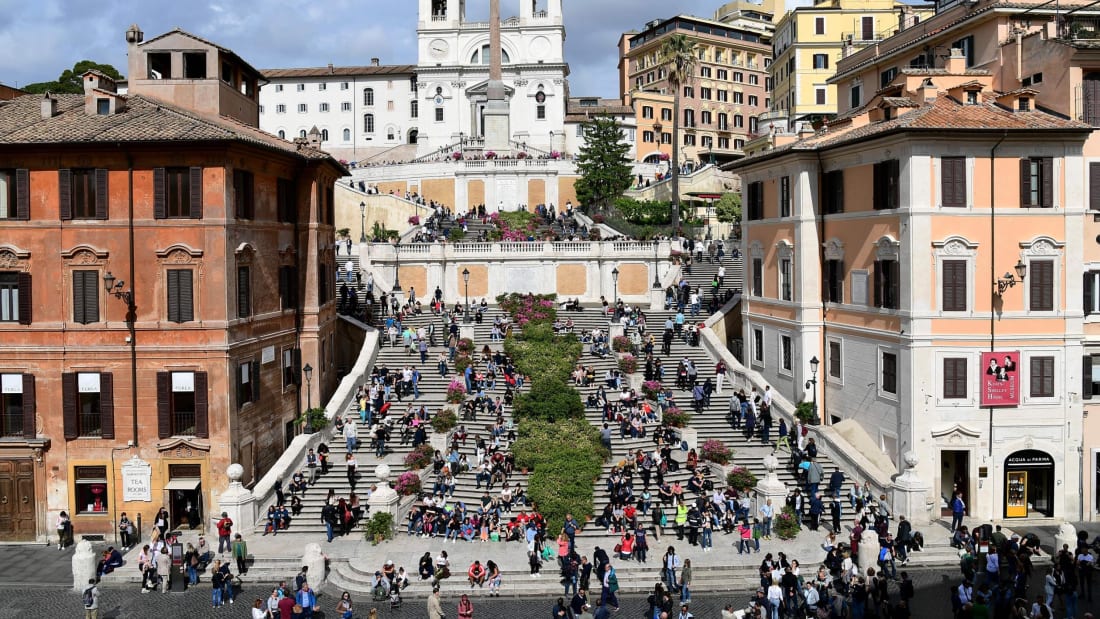