As dozens of ex-employees protested after not receiving their wages on Monday, Chants of “pay us now” were heard outside the Conservative Party conference.

Most of the 9,000 staff who lost their jobs wore their old uniforms as they held placards reading “Bankers bailed out, Thomas Cook kicked out” outside the Manchester Convention Centre.

Andy Burnham (The mayor of Greater Manchester) led calls outside the conference for the government to give former staff their unpaid wages and redundancy packages.

Mr. Burnham said: “More than Thousands of people in Greater Manchester woke up last week to the news that they didn’t have a job, and today they were expecting a paycheque and of course it has not arrived,”

He went on to describe and clarify what he thinks the government should be doing to help those who have lost their jobs: “Get payments made without any delay – so that’s both unpaid wages and redundancy, which is a statutory service. 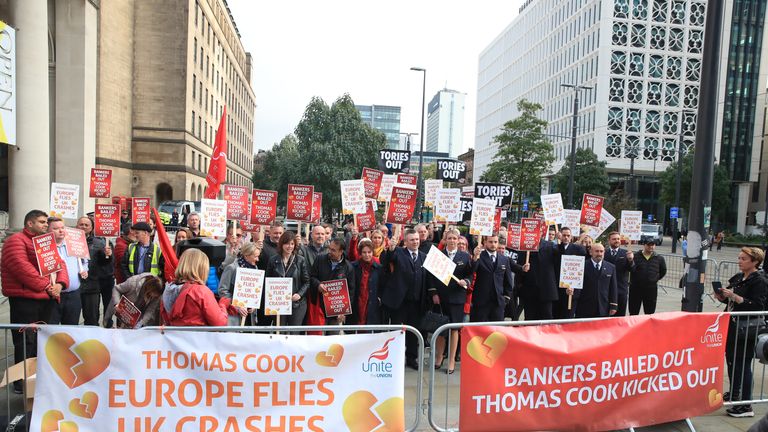 Planet Nine could actually be a hidden ‘primordial’ black hole

Coffee could become a luxury in the UK
Scroll to top