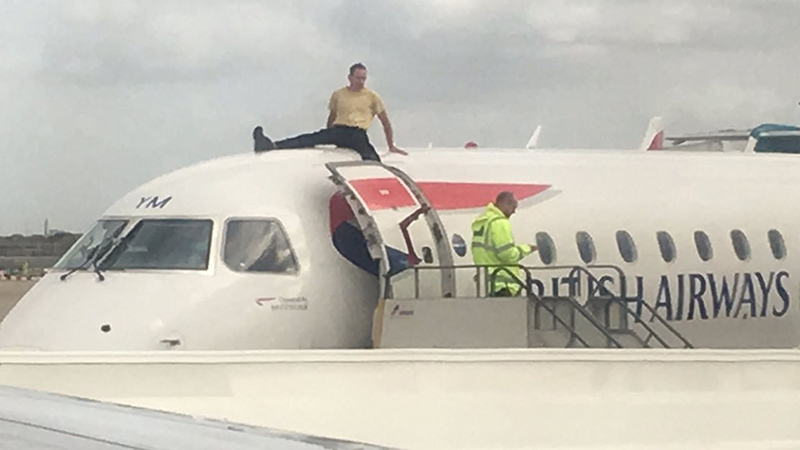 As part of the Extinction Rebellion protests, a Paralympic bronze medalist climbed on top of a plane at London City Airport.

Authorities and firefighters eventually removed the protester (James Brown) from the British Airways aircraft and he was arrested.

The protester, who is partially sighted, said he was nervous because he ‘hates heights’

It was “scary” because he “hates heights,” He said.

He is partially sighted, won a bronze at the London Paralympics in cycling but was later banned for a doping violation.