Million people in Japan have been informed to leave their homes as heavy rain and strong winds pounded the country with a powerful typhoon looming.
A man in his forties has already been killed after his car overturned in a tornado east of Tokyo, while five others were injured as gales tore the roofs off several houses.
Typhoon Hagibis threatens to bring the heaviest winds and rain seen by Japan in 60 years and has triggered warnings of landslides and floods.
In recent years, It comes after one of the strongest typhoons to hit the country and destroyed or damaged 30,000 houses and caused extensive power cuts.
The previous storm has already led approximately 16,000 households to lose power, while shops, factories, and subways have been shut down as a precaution.
while two matches of the Rugby World Cup have been scratched, Organizers of the Japanese Formula One Grand Prix have canceled all practice and qualifying sessions.
England’s match against France was canceled, and the team has returned to Miyazaki where they held their pre-tournament training camp. 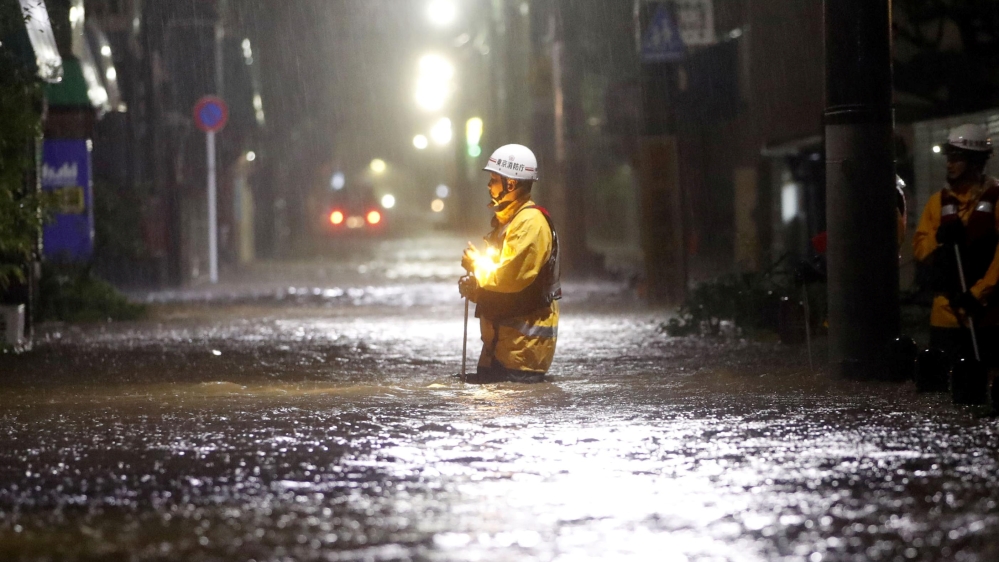