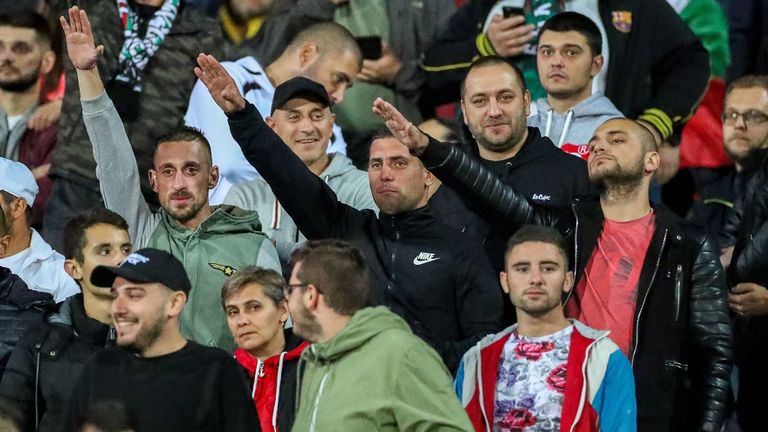 “The group is being questioned by police over their involvement in racist behavior at the Euro 2020 qualifier in Sofia on Monday night, which England won 6-0” Bulgaria’s ministry of interior confirmed.

“The police have identified 15 people involved in the racist chants, which included monkey noises and Nazi salutes, directed at England players” The ministry added.

“Six people have been detained, three are wanted, and two have been summoned and expected to report to the police to testify,” Bulgaria’s Ministry of Interior Director Georgi Hadzhiev said.

He added: “Work is underway to gather evidence for the others,”

European football governing body UEFA charged the (BFU) on Tuesday with four offenses: racist behavior, the throwing of objects, disruption of the national anthem and replays on a giant screen.

The English FA also had two charges brought against it: An insufficient number of traveling and stewards disruption of the national anthem.