Have you ever tried a Persian ancient spa?

Persian ancient spa has a brick alcove entrance designed by miniature portal leads which open to hall underground with the roof at ground level centered with a small pool.
Feeling warm under feet, you can see the most astonishing details of colorful tile works and arch walls. During the Persian ancient spa, you will experience heat, sweat, massage, and peeling.
If you would like to experience beyond the shower and bathtub so travel to Iran.
important brand of public hygiene in the history of the world is the Persian bath along with its age-old rituals. The ruins of bathhouses were found in the ancient Iranian plateau ( Chogha Zanbil ) a world heritage in Khuzestan province Many years before the Ottoman Empire established the hammams in Turkey,
Iranian took care of cleanliness in everyday lives while denoting Zoroastrianism as the national religion of Persia in 224 AD, also after Islam as religion required ritual purification of daily life so keep clean became so important.

There are lots of ancient bathhouses in Iran everywhere, some of them convert into museums, restaurants or cafes. Also, there are still bathhouses that you can use and enjoy cleanliness in the hearth of history. 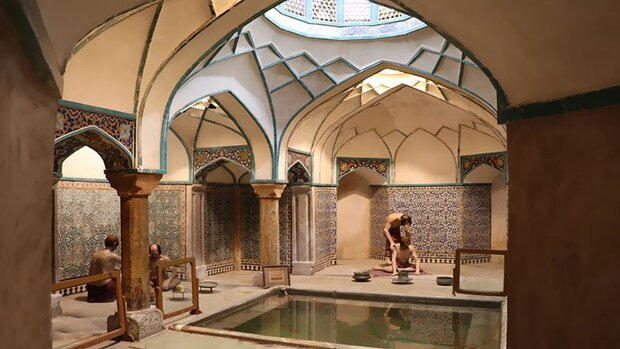 Bazaar of Qom: A Historical Bazaar in Iran