More than Hundreds of tourists have flocked to Australia’s Uluru to take part in the final climb at the sacred site.

The giant red monolith, beforehand known as Ayers Rock, will be permanently off-limits after Friday following a decades-long fight by indigenous people to close the trek.

Long queues of tourists formed early on Friday ahead of the ban but strong winds meant visitors were at first stopped from making an early morning climb.

“They would reassess during the day whether or not to reopen,” Authorities said.

The UNESCO World Heritage-listed site is a top tourist draw in Australia despite its remote desert location near Alice Springs in the Northern Territory.

The Uluru-Kata Tjuta National Park board voted unanimously in November 2017 to bring an end to climbing at the site, with officials saying it is “not a theme park”.

The Anangu people, the traditional owners of Uluru, have called for the climb to be closed since 1985 when the park was returned to indigenous control. 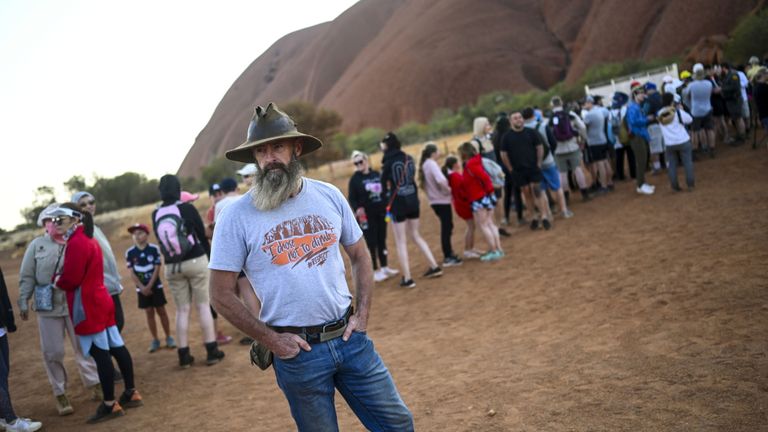