More than 30 are injured and two people have died as wildfires rage across the east coast of Australia.
More than 100 homes have been destroyed by the blazes and several people are missing which have killed around 350 koala bears in the town of Port Macquarie in New South Wales.
Almost 1,500 firefighters have been battling 70 fires across the state which is most the populous in Australia, with strong winds and erratic behavior reported to be hampering their efforts.
On Friday officials said:” more than Thousands of people were forced to flee their homes when 17 fires were burning at emergency warning levels, the most extreme danger rating, and more than 50 smaller blazes were also burning out of control”
Many people spent the night in evacuation centers while some slept in cars.
“The most intense fires have been seen in the northeast of New South Wales, where flames have been fanned by strong winds” Rural fire service commissioner Shane Fitzsimmons said.
“Firefighters found a body in a burned car near Glen Innes on Saturday” He added. 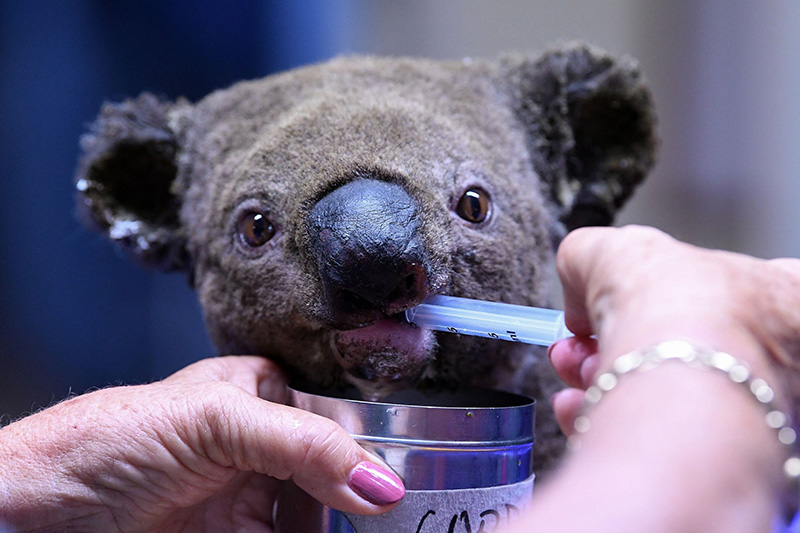