An airline has apologized after one of its pilots triggered a major security alert at Amsterdam’s Schiphol Airport.
After reports that an Air Europa plane had been hijacked early on Wednesday evening, a large number of security and emergency services personnel were deployed to the scene.
Most of the airport’s gates were closed while police investigated the “suspicious situation” on the plane, which had been due to depart for the Spanish city of Madrid.
“A meeting in parliament’s lower house had been suspended due to the alert and some news stories even had details about the weapons brandished by the supposed hijackers” Dutch media reported.
But Spanish-owned Air Europa said half-an-hour later that the whole scare had been a false alarm.
The airline said on Twitter that a pilot had accidentally set off the alarm which “triggers protocols on hijackings at the airport”.
“Nothing has happened, all passengers are safe and sound waiting to fly soon. We deeply apologize.” They added.
Police confirmed just after 7.30 pm that passengers and crew had left the plane safely and the airport said that all flights were now running as normal. 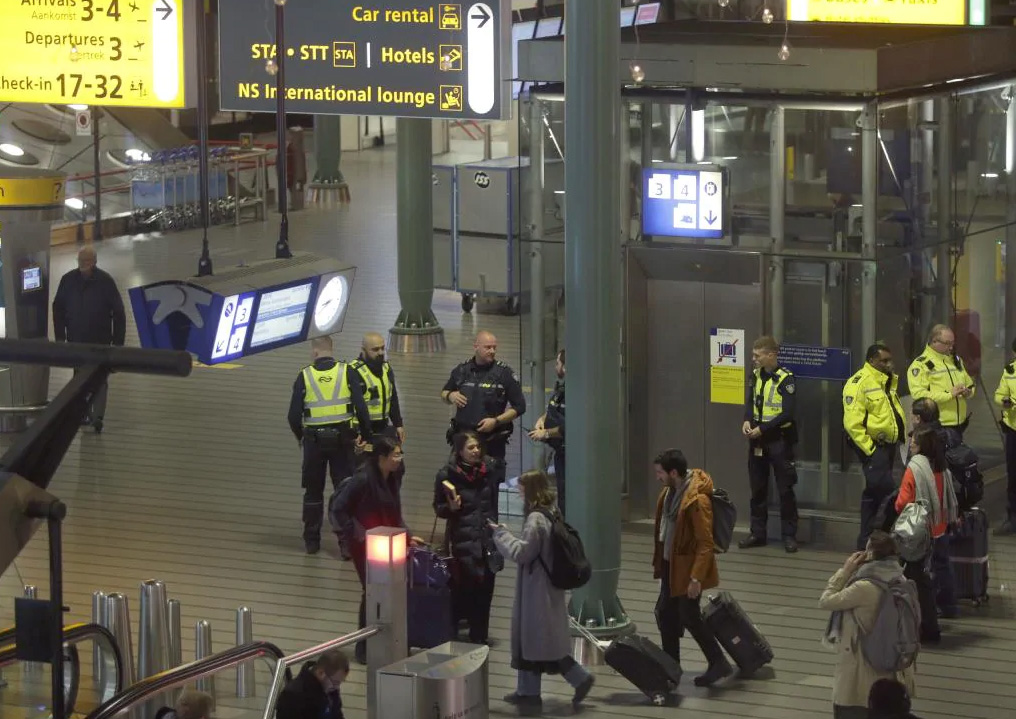