The five-pronged terminal building at Beijing Daxing International Airport has completed by Zaha Hadid Architects which is one of the largest airports in the world.
The current studio principal designed by Patrik Schumacher and the late by Zaha Hadid, this is 700,000-square-metre terminal, along with airport specialist ADPI, to serve Beijing has been designed to be as compact as possible.
The location of this airport is around a central “grand courtyard” with five aircraft piers radiating directly out to give the building the appearance of a starfish from above.

This airport which is a four-story airport is arranged around this central space, designed by a glass roof. 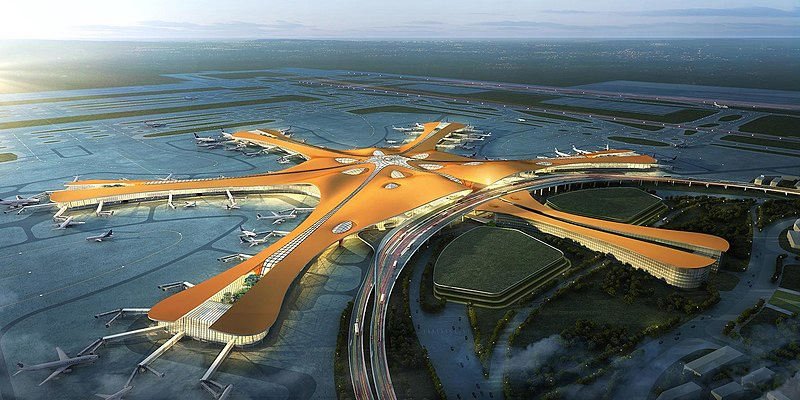