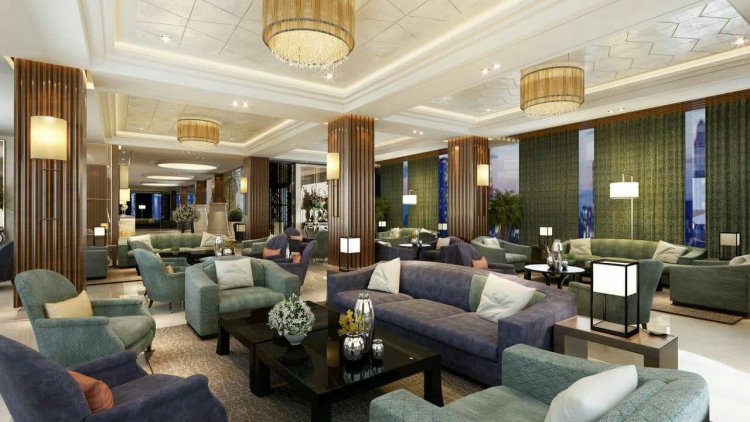 The outbreak of the new coronavirus inflicted 53 trillion rials ($330 million) in losses on the Iranian tourism industry during the two months to April 19, the president of the Iranian Hoteliers Association said. Jamshid Hamzezadeh added that 240,000 people are directly and 550,000 indirectly employed in the industry, ISNA reported.

He called on the government to exempt the tourism industry from paying taxes, like hotels, travel agencies and accommodation centers have lost revenues due to total shutdown amid the virus spread.

The government has announced a bailout for coronavirus-hit businesses, including loans with a 12% interest rate and the Cultural Heritage, Handicrafts and Tourism Ministry has also put forward a rescue package for tourism businesses, which has yet to be finalized.

Economic operators, however, believe that although these bailouts are positive measures, they can’t resolve the industry’s problems.

Amir-Pouya Rafiei-Shad, the head of Tehran Province’s Tour and Travel Agencies Association, said: “The bailout does not offer much of a cure, given the fact that the pandemic has brought tourism to a standstill for two months now”. He said: “Last year was a bumpy ride for the tourism industry: spring flooding events, November protests, and the Ukraine International Airlines plane crash. The outbreak of the coronavirus may be the last straw for the industry not only in Iran but in the whole world”

Noting that the Cultural Heritage, Handicrafts, and Tourism Ministry has proposed a value-added tax delay to support the industry, he said no transaction has been conducted over the past couple of months because all travel agencies were closed.

“The government needs to offer tax exemption to the tourism industry for fiscals 2019-20 and 2020-21, and lend support by providing social welfare to employees of this sector. Reducing the unemployment rate has been the promise made by all governments; the financial support could help save jobs and prevent the bankruptcy of travel agencies,” he said.

Rafiei-Shad put the number of travel agencies in Tehran at 20,000 and said considering that each of them has 10 people on their payrolls and each employer is the head of a four-member household on average, they provide the livelihood of 80,000 people only in the capital city.

Mahdiyeh Jahangir, a tour guide, told Persian-language daily Iran, that no one accepts responsibility for the unemployment of tour guides.

“There are 10,000 tour guides in Iran and as they don’t have an employer, they usually don’t have insurance coverage and consequently can’t receive unemployment benefits. We only have a tour guide ID card and nothing else,” she said.

Hamzehzadeh said the government bailout for tourism businesses is 120 million rials ($750) for each employee, which must be repaid over two years with a 12% interest rate.

“This sum is only enough to pay financial compensation for two months of an employee’s services. The government needs to offer loans at low-interest rates like 5% instead of 12% to the tourism industry and consider a five-year period for the repayment of these loans with a one-year moratorium period,” he said.

The government has approved a 750-trillion-rial ($4.68 billion) package to help low-income households and struggling businesses impacted by the rapidly spreading coronavirus. The loans will be given to small and medium enterprises hit hard by the pandemic, according to the website of the Central Bank of Iran.

The lending rate will be 12% to be repaid within two years, Abdolnasser Hemmati, the CBI governor, said.

Commenting on the interest rate, Hemmati said it is reasonable, given the high inflation rate in the country.

“Even if banks set an 18% interest on loans, the real interest rate would still be negative when compared to annual inflation … Any rate below 12% would apparently impose further financial strain on banks,” he said.

Hemmati said only businesses that did not lay off workers during the corona crisis would be eligible for the loans, as he instructed banks to process the loans soon and cut red tape.

In the wake of the coronavirus pandemic, few industries have fallen as far and as fast as tourism. The technological revolution that brought us closer by making travel and tourism easy and affordable—a revolution that fueled one billion trips a year—is helpless in halting a virus that demands people stay home, the National Geographic wrote.

Taking a snapshot of tourism losses is difficult, as the data change as quickly as the virus spreads. If the pandemic continues for several more months, the World Travel and Tourism Council, the trade group representing major global travel companies, projects a global loss of 75 million jobs and $2.1 trillion in revenue. Losses come daily; as of April 2, British Airways is reportedly poised to suspend 36,000 staffers.