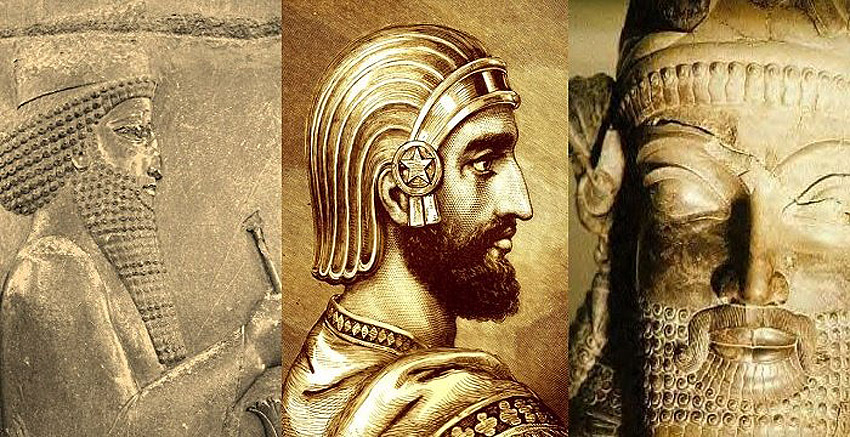 Iran’s history is one of the territory’s wonderful and greatest stories ever told. Generally, it is a story of ancient, civilizations, and great, of Islam’s complicated march, and of some of the most heroic names in world history, among them Cyrus the Great, Alexander the Great, and Genghis Khan. Move to the 20th and 21st centuries and Iran has again returned to center stage and remains a key player in one of the world’s most disorder areas. 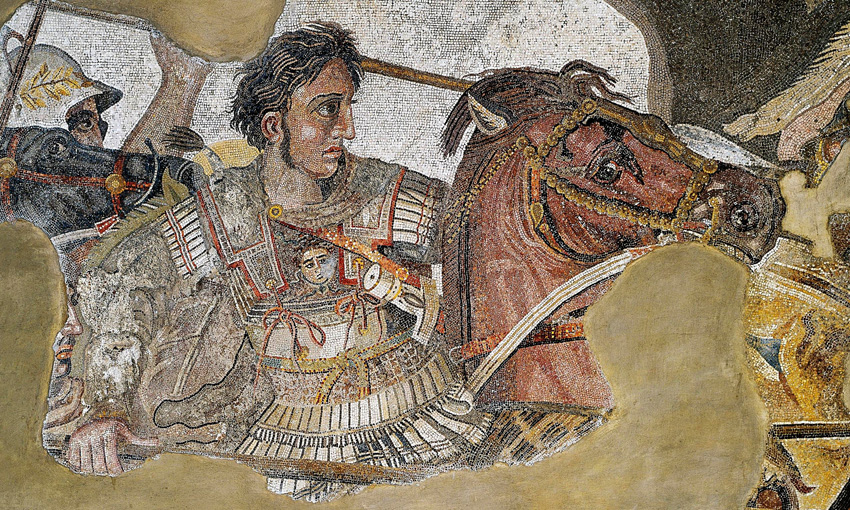 A brief history of Iran

History of Iran and Iranian cultural continent consists of the area from the Euphrates in the west to the Indus River and Jaxartes in the east and from the Caucasus, Caspian Sea, and the Aral Sea in the north to the Persian Gulf and the Gulf of Oman in the south. It includes the modern nations of Iran, Azerbaijan, Afghanistan, Turkmenistan, Tajikistan, Uzbekistan, the eastern part of Turkey, Iraq, and the parts of Pakistan west of the Indus. It is one of the world’s oldest continuous major civilizations, covering thousands of years. Persian civilization is seen as one of the four major civilizations of the ancient world.

To Iranian, history has two dimensions: the mythical history and the recorded history. One of the main sources of Iran’s mythical history is the national epic of Shahnameh. According to its author, Ferdowsi, the Shahnameh itself derives from much earlier ‘ancient’ sources. According to Iranian mythology, the national history begins with the reign of Kiumars, the first world-king, who reigns for thirty years. Zoroastrianism calls him the prototype of man, brought forth by Ahuramazda at the sixth stage of creation. 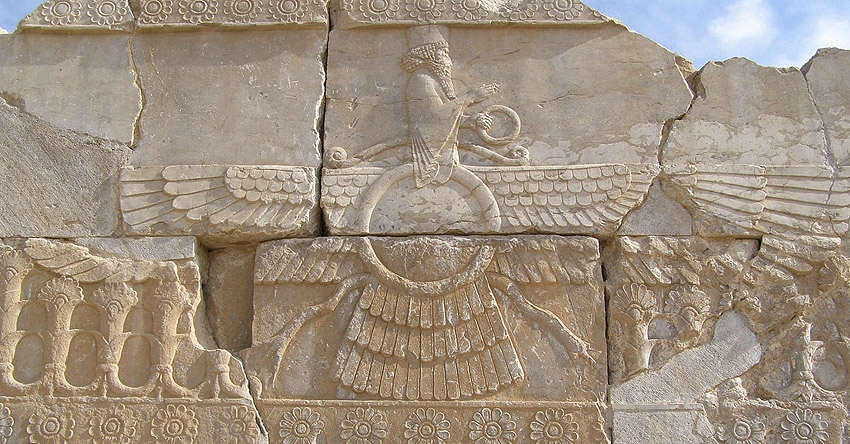 Kiumars dies from fatal wounds inflicted by Ahriman, and Siamak, Kiumars’s son (according to Ferdowsi) or grandson (according to most other sources) is also slain by demons. They are both duly avenged by Hushang, reckoned as Siamak’s son by Ferdowsi, and as his grandson by most other sources. Hushang found the Pishdadian dynasty and reigns for forty years. He succeeds in extracting metal from rock and devising a means of drawing water from rivers in order to cultivate the land. Moreover, he is the first to tame animals and build houses. He also inadvertently discovers fire by hitting a stone against a rock while attempting to kill a serpent, and institutes the festival of Sadeh in commemoration of this discovery. Hushang is followed by Tahmuras, who is often given the title of the demon Binder because he subjugates the demons and rides on the back of Ahriman, whom he has transformed into a horse. Tahmuras reigns for fifty years and is the first to spin wool for clothing, to use den. The demons reveal to him the secrets of writing. Tahmuras is succeeded by his brother Jamshid, one of the most colorful figures of Iranian mythology. He rules for over 600 years, and during this period, death, pain, old age, and evil are driven out of his realm. Three times, by magic, Jamshid enlarges the extent of his domain in order to accommodate the increasing number of people, animals, and other creatures. In popular belief, Jamshid is often identified with the Prophet Solomon and is credited with many magical attributes, such as the ability to foretell the future with the help of his magic cup called Jam-e Jam. At the height of his power, Jamshid orders the demons to build a carriage in which he rises into the skies. He commemorates this event by Instituting the Iranian New year festival, Noruz. His power and success, however, fill him with pride. Seduced by Ahriman, he proclaims himself divine, whereupon his fortune departs from him, leaving him vulnerable to the attacks of a monstrous tyrant, Zahak, who seizes the fugitive Jamshid and has him sawn in half. The oppressive rule of Zahak lasts for a thousand years. He has many people slain in order to feed their brains to two serpents which have grown on his shoulders. The country is enshrouded in misery until set free by Faridun, a descendant of Jamshid raised in secret without Zahak’s knowledge. Faridun is supported by a group of people led by the blacksmith Kaveh, who has lost all but one of his sons to Zahak’s serpents. under Faridun, prosperity reigns once more over the world. Nearing the end of his life, Faridun divides his vast domain among his three sons: the western lands pass to Salm, his eldest son; the northern and eastern lands are given to Tur, his middle son; while the central region, which includes Airyanam Vaejah (Iran), is bestowed on Iraj, the youngest and favorite son. This bequest rouses the jealousy and rancor of the elder brothers, who conspire to murder Iraj. The slaying of the noble Iraj at the hand of Tur sets off a bloody and protracted feud between the royal houses of Iran and Turan. with Faridun’s division of his kingdom, the era of world-kings comes to an end. Manuchehr, a descendant of Iraj’s daughter, whom Faridun had reared, eventually ascends the throne. Helped by his general Karen, a son of Kaveh, Manuchehr tracks down and kills both Tur and Salm in battle. The war of Iran and Turan (over which Afrasiab holds sway) goes on for many years with now one country, now the other, victorious. under Manuchehr, the exploits of the heroic vassal kings of Sistan, led by Sam, who is followed by his son Zal and grandson Rostam, begin to unfold. After years of trouble, Iranian fortunes revive under Key-Qobad, who establishes a new dynasty called the Kianian. whereas the Pishdadian kings are often mythical in nature, the Kianian kings form a coherent grout which exhibits dynastic features. Therefore, it appears that with the Kianians we pass from what is mostly mythology to legendary history. 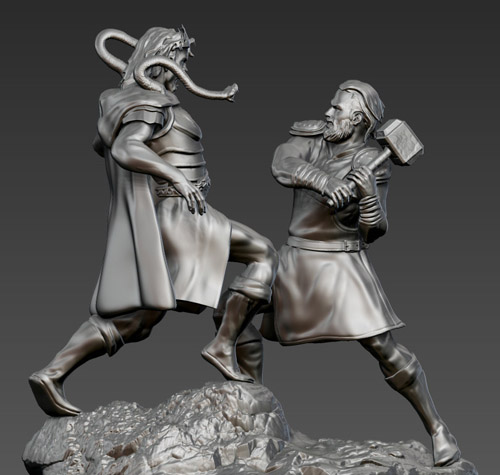 But according to archaeological evidence, the oldest traces of human settlement date back to the Paleolithic period, but this period is not well studied yet. Much of the well-studied early evidence of human settlement in Iranian plateau date back to the Neolithic period. Many Neolithic objects have been discovered in various archaeological sites (or ‘hills’) in Iran. Ganj Teppe in Kermanshah region, Ali Kosh in Ilam, Teppe Shush in Khuzestan, Sialk in Kashan, and Teppe Hesar in Damghan are a few examples of the country’s Neolithic sites. In the late fourth and early third millennium BC, a brilliant civilization flourished in southwestern regions of Iranian Plateau: Elamite civilization. Elam was situated east of Mesopotamia in present-day Khuzestan province. The origin of the Elamites is unclear; their first king reigned around 2700 Bc. The history of Elam is generally divided into three periods, the last one ending about 640 Bc. The legendary city of Susa (Shush), one of the oldest cities of the world, and the glorious Choqa Zanbil ziggurat (1250 Bc) belong to the Elamite civilization. In the mid-second millennium Bc, Aryans immigrated to Iran plateau from Syberia and mixed with indigenous inhabitants of Iran. Hence the name Iran, ‘the Land of the Aryans’. It is derived from the archaic form ‘Airyanem Vieja’. The Aryan tribes were composed of three major branches, the Medes, the Pars, the Parths. The Medes settled in the western and northwestern areas of Iranian Plateau; the Pars chose the southwest, and the parts settled in the Caspian Sea region.

The Medes established the first Iranian government in 725 Bc. Achaemenes empire (550–330 Bc) was the first of the Persian empires to rule over the Middle East, Greece, and Central Asia. They were succeeded by the Seleucid Empire, Parthians, and Sassanids which governed Iran for more than 1000 years. The Islamic conquest of Persia (633–656) was a turning point in the history of Iran, which led to the end of the Sassanid empire. conversion to Islam in Iran took place during the 8th to 10th centuries and led to the eventual decline of the Zoroastrian religion in Persia. However, the achievements of the previous Persian civilizations were not lost but were to a great extent absorbed by the new Islamic polity and civilization. After centuries of short-lived native dynasties, Iran was once again reunified as an independent state in 1551 by the Safavid dynasty who established Shi’a Islam as the official religion of their empire, marking one of the most important turning points in the history of Islam. Iran had been a monarchy ruled by an Shāh, or emperor, almost without interruption until the 1979 Iranian revolution, when Iran officially became the Islamic Republic on 1 April 1979. 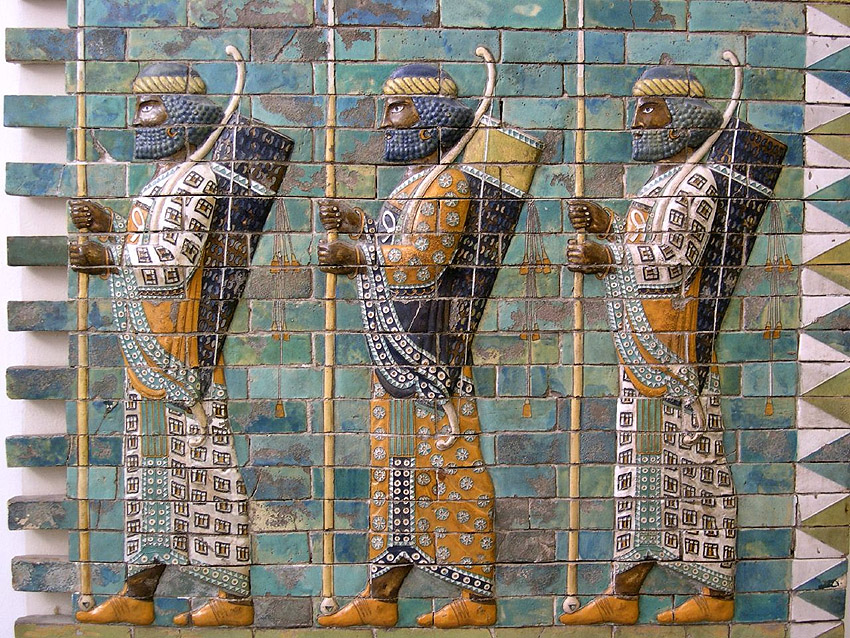