Since ancient times, Iran has been called a land of religions. For thousands of years, adherents of various religious faiths have been living peaceful lives in this country. This is reflected in numerous religious buildings that survive to our time of different ages. Iran is the birthplace of the world’s earliest known monotheistic faith, i.e. Zoroastrianism. It has also been home to many other religions such as Mithraism, Manichaeism, Judaism, Christianity, and Islam. Iran’s Jewish community, for example, is one of the oldest Jewish communities in the world. Religious buildings are the embodiment of love, faith, and devotion of the followers and for this reason one can find the finest examples of each era’s art in these buildings. Iran is an incredibly rich country in terms of religious art. Iranian religious art stretches from the pre-historic times right to the present day. the Choqā Zanbīl Complex in Khūzestān province holds the world’s best-preserved ziggurat. the site is located approximately 25 kilometers west of Dezfūl, and 45 kilometers south of Susa. originally called Dur-Untash, the ziggurat was built by Elamite king Untash-Napirisha to honor sun-god Inshushinak in 1250 BC. ziggurats generally have the form of terraced pyramids of successively receding stories. Chogha Zanbil temple Choqā Zanbīl ziggurat originally had five stories, but today only two and a half stories are extant. In 1979, Choghā Zanbīl Complex became the first Iranian site to be inscribed on the UNESCO World Heritage List.

Zoroastrianism and other Iranian religion

Many places of worship from the time of Medes are extant in western Iran. these worship places, trenched in the rocks, relate mostly to the cult of Mithra. Kaaba-Ye Zartosht (Kaaba of Zarathustra), located in the archaeological site of Naqsh-e Rostam near Persepolis is one of the most important Zoroastrian constructions. based on the inscriptions on the cube-shaped construction, it has been suggested that the building was used as a library or archive for the sacred Zoroastrian book of Avesta. the area in which Naqsh-e Rostam is located has been a sacred place since the time of Elamites and some Zoroastrian fire-places in the area are extant today. the Persepolis itself is built on foothills of Mount Mehr which was a sacred place and greatly revered by the Achaemenes kings. religious monuments remaining from Sassanid Iran are mostly fire-places. Many Zoroastrian fire-places exist in Iran today and in several fire-places the sacred fire is still burning. Sassanid fire-places were often built near water or holy fountains, because water, as a pure element, is highly respected in Zoroastrianism. Nīāsar fire-place is situated next to the town’s holy fountain and has turned it to a paradise in the heart of the desert. other major Sassanid religious constructions include Neyshābūr and Natanz fire-places, Farashband fire-place in Fars province and fire-places located at Tāq-e Bostān and Takht-e Soleymān sites. today, Zoroastrians are recognized as followers of divine religion in the Iranian community. they continue to practice their ancient religion. they have a representative in Iran’s parliament (or Majlis). 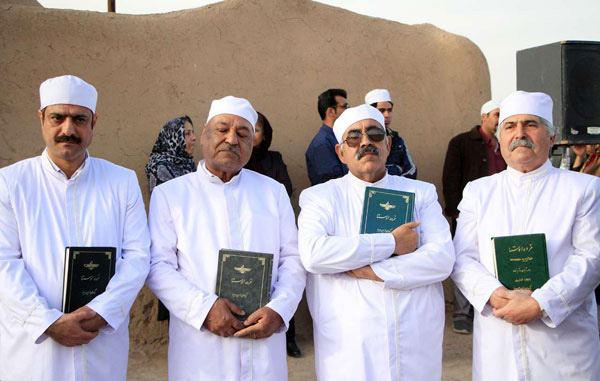 Iran’s Jewish community is one of the oldest Jewish communities in the world. In the Old Testament, the name of Cyrus the Great is mentioned as the liberator of the Jews from captivity in Babylon. This is further testified by the celebrated Cyrus cylinder in which he mentions that he freed those held captive by Babylonian King Nebuchadnezzar. The Bible records that some Jews returned to their homeland from Babylon, where they had been settled by Nebuchadnezzar, to rebuild the temple following an edict from Cyrus (Ezra 1. 1-4). This is also confirmed by the Cyrus cylinder, an inscription on clay written upon conquering Babylonia by Cyrus the Great. In the 1970s, the Cyrus cylinder, in which he sets forth the principles religious tolerance and human freedoms came to be known as the first charter of Human Rights, predating the Magna Carta by more than one millennium. Iran’s Jewish community is officially recognized as a religious minority group by the government, and, like the Zoroastrians, they are allocated one seat in the Iranian Parliament (Majlis). Today only Tehran has 11 functioning synagogues, many of them with Hebrew schools. It has two kosher restaurants, an old age home, and a cemetery. Iranian Jews have their newspaper (called “Ofoghe-Bina”) with Jewish scholars performing Judaic research at Tehran’s “Central Library of Jewish Association”. The “Dr. Sapir Jewish Hospital” is a charity hospital in Tehran. There are also several notable scared Jewish sites in Iran. Notably the mausoleum of Prophet Daniel in Southwestern city of Shūsh (Susa), the mausoleum of Esther and Merdokhai in the Hamadan. 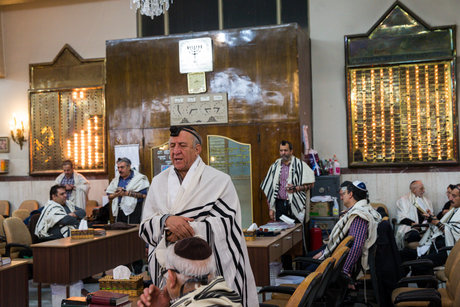 To get a glimpse of Christian art in Iran, you may consider visiting St. Stepanos cathedral near Jolfā city in east Azarbāījān province. The cathedral was built in the 9th century and reconstructed during the Safavid era. The set of Armenian Monastic ensembles in Iran was registered as a UNESCO world heritage site in 2008. situated in the northwest of the country, these consist of three monastic ensembles of the Armenian Christian faith: St. Thaddeus and St. Stepanos and the chapel of Dzordzor. These edifices – the oldest of which, St Thaddeus, dates back to the 7th century – are examples of the outstanding universal value of the Armenian architectural and decorative traditions. They bear testimony to very important interchanges with the other regional cultures, in particular the Byzantine, Orthodox, and Persian. situated on the south-eastern fringe of the main zone of the Armenian cultural space, the monasteries constituted a major center for the dissemination of that culture in the region. They are the last regional remains of this culture that are still in a satisfactory state of integrity and authenticity. Furthermore, as places of pilgrimage, the monastic ensembles are living witnesses of Armenian religious traditions through the centuries. Vānk Cathedral of Esfehān, also known as the church of the saintly sisters, is another important religious place for the Armenian community. construction is believed to have begun in 1606 and completed with major alterations to design between 1655 and 1664. Iran’s Christian community consists of Armenians and Assyrians. They have a long historical background as Iranian people. They have churches in various parts of Iran and they observe their religious feasts and ceremonies. They have several representatives in Iran’s parliament (or Majlis). 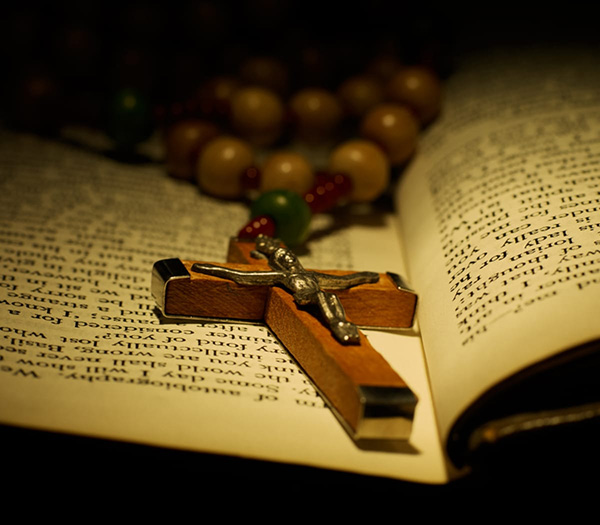 With the advent of Islam, a new chapter was opened in Iranian religious life. everywhere mosques substituted other places of worship. Fortunately, mosques from all periods of Islamic art are extant today which allows us to reconstruct the developments of architecture in the entire Islamic world. Mehraj mosque in Yazd and Tārīkhāneh mosque in Dāmghān are the oldest existing mosques in Iran and date back to the first two centuries after the advent of Islam. These mosques, which were modeled after the Prophet’s mosque in Medina, have a very simple and pure design. since the fourth century Ah (912- 1009 CE), elements of Sassanid architecture appeared in the design of the mosques and the unique style of four-porch mosque emerged as a prototype for Iranian mosques. The four-porch style appealed so much to the Persians taste that it is still the predominant style of mosques in Iran. Zavāre, Ardestān and Esfehān congregational mosques (Masjid Jāme’) are some of the most brilliant examples of four-porch mosques the like of which nowhere else in the Islamic world can be found. during the 10th to 12th centuries, plasterwork was the predominant form of ornamentation for mosques. But gradually tile–work became common practice for decorating mosques. cobalt blue and emerald green tiles came to imitate the image of heavens on the mosques. The mosques of the Safavid era, such as shah and Shaykh Lotfullāh mosques in Esfehān, represent perfect examples of this style. Goharshād mosque in Mashhad, Atīq and Kohneh mosques of Shīrāz, the congregational mosques of Golpāygān, Borūjerd and Yazd, and the Cobalt Mosque (Masjed-e kabūd) of Tabrīz are some of the masterpieces of Islamic architecture in Iran. Today, Iran’s most important pilgrimage site is the shrine of Imam Reza in Mashhad. The shrine complex has been a great focus of attention by devotees. At the complex, you can find a complete array of works of art, from architecture to decorative arts. There are also some popular shrines like the Hazrat-e Masoumeh (SA) in Qom, the shrine of Shah-e Cheraq in shiraz, etc. Nowadays, the immense population of Iranians is Muslims of the Ithnā ʿAsharī, or Twelver, Shiʿi branch, which is the official state religion. The Turkmen and Kurds are mainly Sunni Muslims, but Iran’s Arabs are both Sunni and Shiʿi. 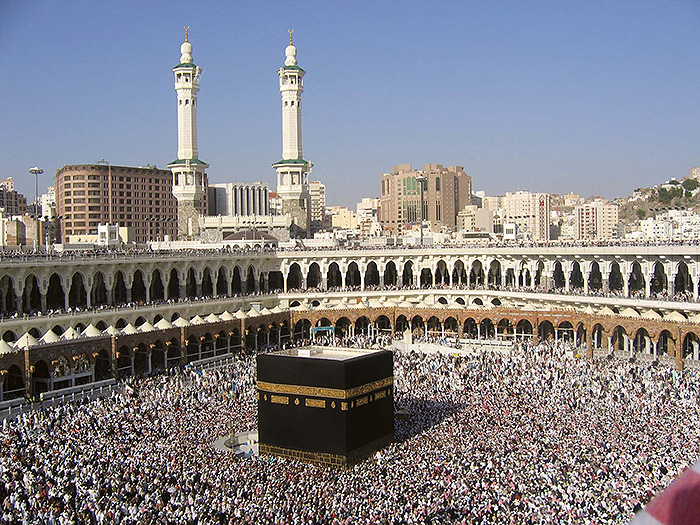