Unesco Memory of the World in Iran

The memory of the World

The memory of the world is a Unesco program aiming at preservation and dissemination of valuable archive holdings and library collections worldwide. Two exquisite Iranian manuscripts, namely the Shahnameh Bayasonghori and Rab’ I-Rashidi endowment were registered in Unesco Memory of the world List in June 2007.

It is a copy of the Book of Kings or Shahnameh by famous Iranian poet Ferdowsi made in 1430 at the request of Prince Bayasanghor (1399-1433). The manuscript is written by Master Ja’far Bayasonghori, a renowned calligrapher of the Timurid era. The book is beautifully illuminated and illustrated. It has been published several times inside and outside Iran. 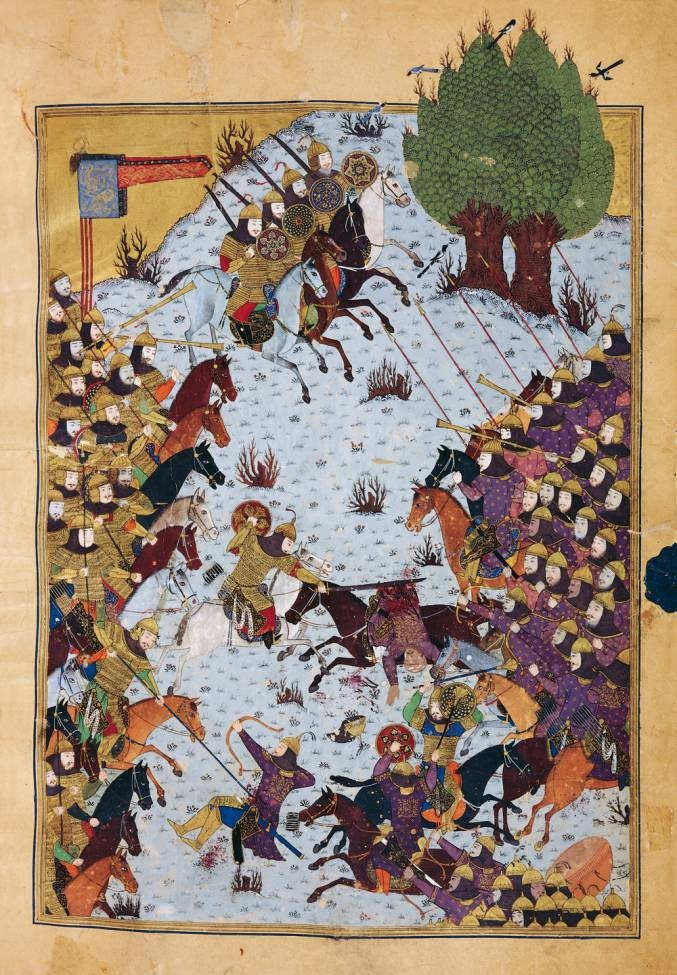 The Deed For Endowment: Rab’ i-Rashidi

The deed was written by Rashid al-din (1247-1318), Persian statesman and historian who built a huge complex on the outskirts of Tabriz comprising schools, hospitals, libraries, baths, caravanserais, workshops, etc, known under the name of Rab’ I-Rashidi.

Oral and Intangible Heritage of Humanity

Unesco registered the Iranian new year festival, Nowruz, and ‘the Radif of Persian Music’ in its list for Masterpieces of the Oral and Intangible Heritage of Humanity. An Iranian passion play called Ta’zieh which depicts the martyrdom of Imam Hossein on the day of āshūra has also been proposed for registration on this list.

Nowrūz The Greatest Iranian Festival of All Times

It is at least 3000 years the Iranian people celebrate the first day of spring –when the sun enters the point of the vernal equinox– as the beginning of the Persian New year. The Nowrūz (lit. New Time) is one of the oldest national festivals of Iran surviving to the present day. It has played a significant role in helping preserve the continuity of the Persian culture. Despite Iran’s eventful history from 1000 BC to the present day, there is reason to believe that the celebration of Nowrūz has not experienced any significant changes since the ancient times. It is thus a means of maintaining cultural concord among the people of the Iranian plateau and the entire Persian-speaking world. Today, Nowrūz is celebrated in the same way in numerous parts of the globe. It is also revered by Iranians as a symbol of their national identity and cultural heritage. The legend says king Jamshīd celebrated the rushing fires of spring after the last glacial period was over. An account of this age is given in the Avesta: “There were ten months of winter there, and two months of summer and these were cold for the waters, cold for the earth, cold for the trees.” The ancient people thought it was the best day of the year because it was a day of renewal for Nature. Persian mathematician, astronomer and poet Omar Khayyām in his Nowrūz Nāmah (The book of Nowrūz) writes that king jamshīd celebrated Nowrūz because of the sun’s entry into the point of the vernal equinox. In 534 BC, Cyrus the Great made Nowrūz an official festival. The military officers would receive promotions on Nowrūz, the convicts would receive amnesty and the natural environment would be purified of pollutions. 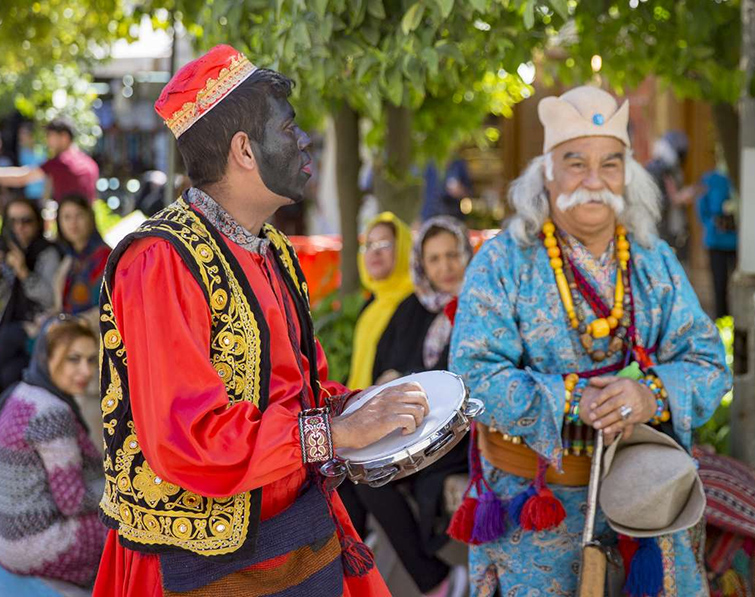 The Radif of Iranian Music

The classical music of Iran is based on the Radif, which is a collection of old melodies that have been handed down by the masters to the students through the generations. overtime, each master’s interpretation has shaped and added new melodies to this collection, which may bear the master’s name. The preservation of these melodies greatly depended on each successive generation’s memory and mastery, since the interpretive origin of this music was expressed only through the oral tradition. To truly learn and absorb the essence of the Radif, many years of repetition and practice are required. A master of the Radif must internalize the Radif so completely to be able to perform any part of it at any given time. The Radif contains several different Maqam’s which are distinguished from each other by their relationship of note intervals and the form of the movement of the melodies within them. A Maqam portrays a specific sonic space. A Dastgah may contain approximately from 10 to 30 Gousheh’s (melodies). The principle Gousheh’s of the Dastgah specify the different Gaqams within that Dastgah. The note, upon which the Gousheh is based and often is the center of the Gousheh, is called the Shahead. The Shahead moves when we modulate between principle Gousheh’s and this movement creates a new sonic space. Rhythm in these melodies takes three different forms: symmetric, asymmetric(lang), and free form. The rhythm is greatly influenced by the rhythm and meter of Persian poetry. The instrumental and vocal Radif are different from the rhythmical point of view; however, their melodic structures are the same. The Radif of Iranian music is the traditional repertoire of the classical music of Iran and reflects the cultural and national identity of the Iranian people. 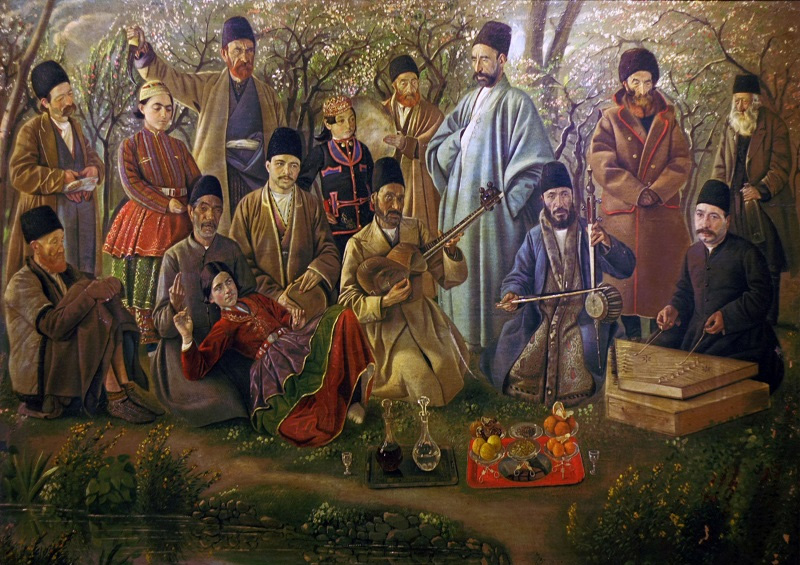 The Mourning of Moharram is an important period of mourning in the Shi’a branch of Islam, taking place in Moharram which is the first month of the Islamic calendar. Many of the events associated with the remembrance take place in congregation halls known as Hossainiyeh. The event marks the anniversary of the Battle of Karbala when Imam Husayn ibn Ali, a grandson of Prophet Muhammad, and the third Shi’a Imam, was killed by the forces of the second Ummayad Caliph Yazid I. The event is marked by arranging ‘Majālis’ (gatherings) to review Islamic teachings and to commemorate Husayn’s sacrifice. The mourning reaches its climax on the tenth day, known as Ashura, on which the forces of Yazid killed Imam Hossain, his 72 companions and members of his family. The women and children left living were enslaved and transported to Yazid’s court in Damascus. 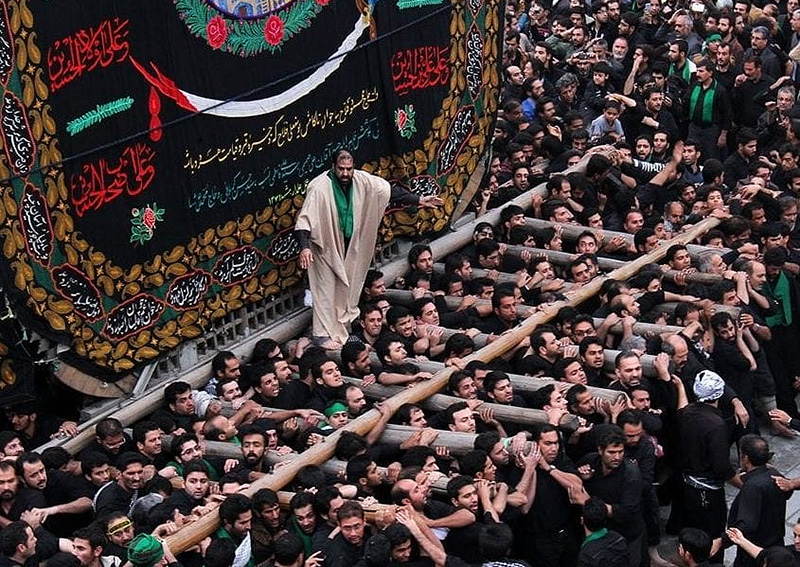 Ta’zieh The Original Dramatic Art of the Islamic World

One form of mourning is the theatrical reenactment of the Battle of Karbala. In Iran, this is called Ta’zieh. day. Ta’zieh were popular through the Qājār dynasty up into the early twentieth century. Nonetheless, Ta’zieh continued to exist in Iran on a smaller scale especially in more rural and traditional areas. rezā Shāh, the first of the Pahlavi dynasty, had outlawed Ta’zieh. In Persian tradition, Ta’zieh and Pardehkhānī, inspired by historical and religious events, symbolize epic spirit and resistance. The common theme is the hero tales of love and sacrifice and resistance against the evil. while in the west the two major genres of dramas have been comedy and tragedy, in Persia, Ta’zieh seems to be the dominant genre. considered as Persian opera, Ta’zieh resembles the European opera in many respects. Persian cinema and Persian symphonic music have been influenced by the long tradition of Ta’zieh in Iran. Abbas Kiarostami, the famous Iranian filmmaker, made a documentary movie entitled “A look to Ta’zieh” in which he explores the relationship of the audience to this theatrical form. Nasser Taghvā’ī also made a documentary entitled “Tamrīn-e Akhar” on Ta’zieh. He believes that Ta’zieh is the only original dramatic art of the Islamic world. 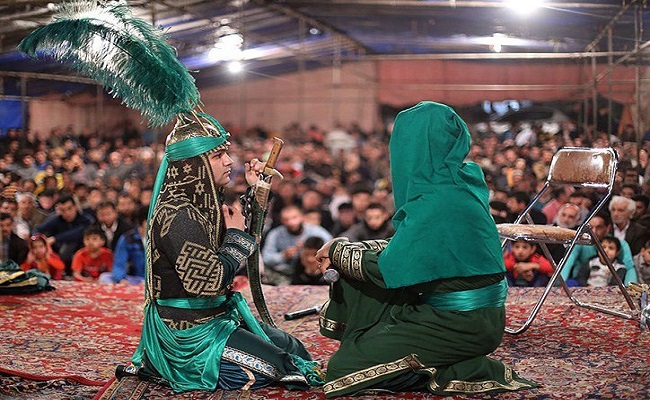 Pubs, restaurants, and hotels to reopen in England next week
Scroll to top