Arts In The Land of Persia

Iranians have always held visual arts in great esteem. This love of beauty is rooted in the Iranian culture and its heritage of spiritual thought. In every part of the country, artists and artisans engage themselves in the painstaking creation of traditional Iranian artworks. Iranian arts are closely tied to spirituality. “The purity of writing is of the purity of heart,” masters of the Persian calligraphy say. Iran’s traditional miniature, calligraphy, and decorative arts can be best understood when you immerse yourself in the spiritual ideas of the artists, expressed mostly in abstract forms and designs. Many unique and exquisite pieces of Iranian artwork are spread throughout the world’s museums.

A Persian miniature is a small painting, whether a book illustration or a separate work of art intended to be kept in an album of such works. The techniques are broadly comparable to the western and Byzantine traditions of miniatures in illuminated manuscripts, which probably influenced the origins of the Persian tradition. Although there is an equally well-established Persian tradition of wall-painting, the survival rate and state of preservation of miniatures are better, and miniatures are much the best-known form of Persian painting in the west. Miniature painting became a significant Persian form in the 13th century, and the highest point in the tradition was reached in the 15th and 16th centuries. The tradition continued, under some Western influence, after this, and has many modern exponents. The Persian miniature was the dominant influence on other Islamic miniature traditions, principally the Ottoman miniature in Turkey, and the Mughal miniature in the Indian sub-continent. The themes of Persian miniature are mostly related to Persian mythology and poetry. western artists discovered the Persian miniature around the beginning of the 20th century. Persian miniatures use pure geometry and a vivid palette. The allure of Persian miniature painting lies in its absorbing complexities and in the surprising way it speaks to large questions about the nature of art and the perception of its masterpieces. 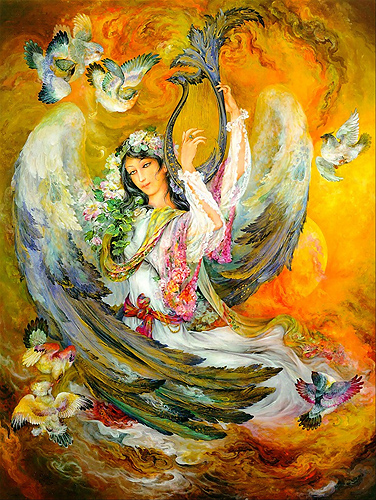 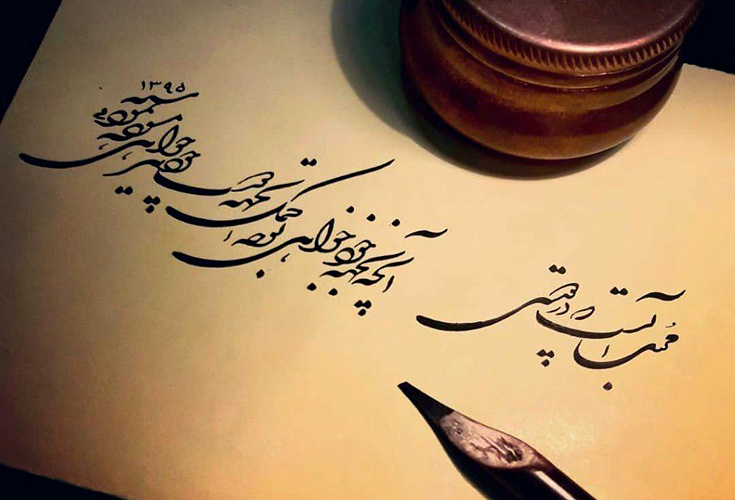 The early examples of traditional Iranian Illumination or Tazhib can be found in Sassanid books. As the word Tazhib suggests, gold was often used in this decorative art. In the Islamic era, Tazhib would be used to ornament the manuscripts of the Qur’an. 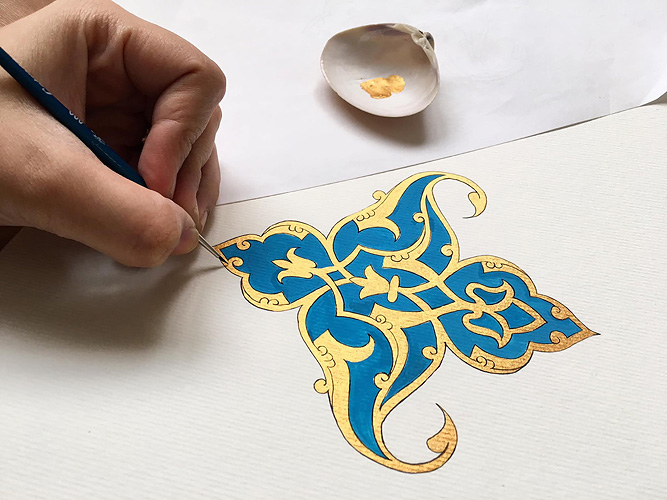 Bas-reliefs of the ancient Persian palaces are some of the finest pieces of stone-cutting in the world.    Bas-reliefs in Takht-e Jamshid (the city known as Persepolis to the greeks) feature Achaemenid imperial guards, Persian nobles, and representatives of various nations. Another famous bas-relief in Takht-e Jamshid depicts a lion hunting a cow, which is an allegorical depiction of the victory of spring over winter. It is a symbolic representation of the philosophy of the Iranian New year, or Nowruz, which begins on the first day of spring – when the Sun enters the point of Vernal equinox. Bas-reliefs in Bisotun, a World heritage site, tell the story of Darius The great’s victory against the rebels. 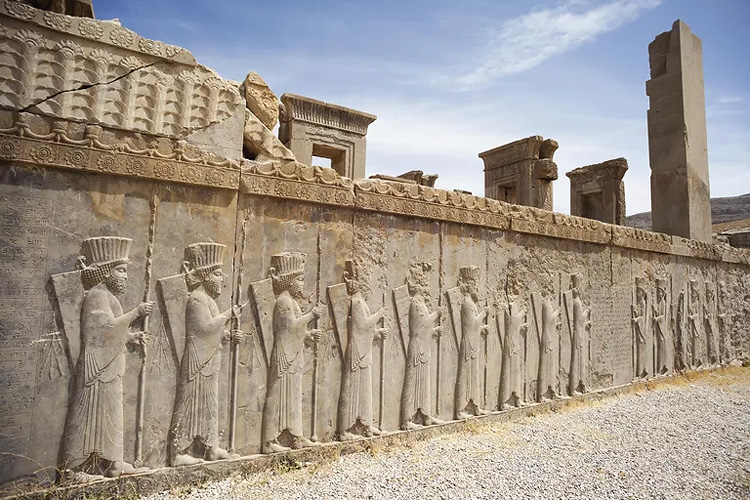 Bookbinding is the final stage in preparation for a book. The cover is often made of leather and ornamented with varnish paintings. Traditionally, Persian bookbinding as includes the manufacture of inkstands and pen-cases, objects that always catch the eye of international visitors. 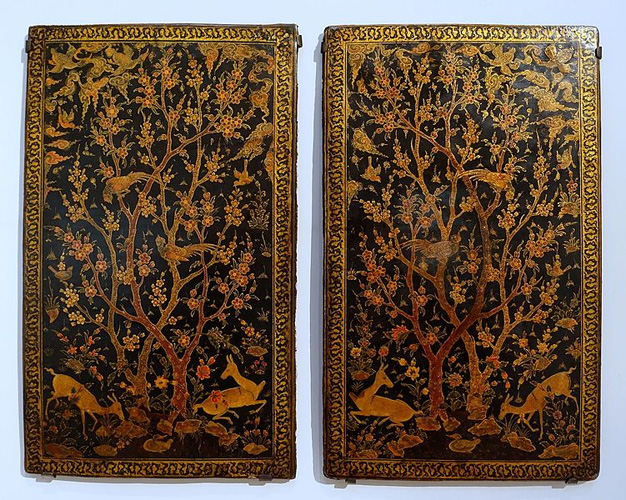 The art of using bricks to decorate a building is a feature of several masterpieces of Persian architecture.  Monuments like Madrasa khan, Shah-e Cheragh, hammam-e Vakil, and Naranjestan-e Qavam in Shiraz, Yazd traditional houses, the congregational Mosque of Varamin, Qeysariyyeh Mosque and the celebrated Soltanieh Dome in Zanjan feature exquisite brick ornamentations. 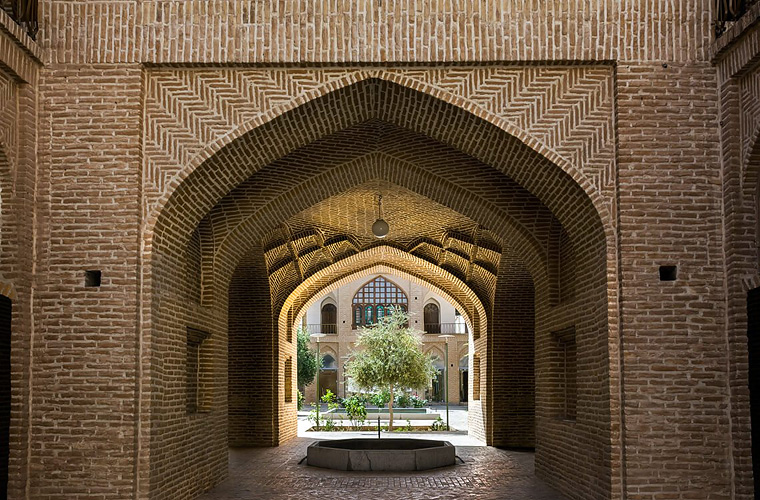 The importance of tile-work in Persian architecture arises from two important factors; firstly the need to weatherproof the simple clay bricks, and secondly the need to ornament the buildings. The design of blue tiles on the dome of the mosques was meant to represent an image of the heavens. Some of the most brilliant examples of tile-work can be found in Masjed-e Sheikh Lotfollah and Masjed-e Emam mosques in Isfahan, the congregational Mosque (Masjed-e Jame’) of Yazd, Masjed-e Gohar Shad in Mashhad and the Mausoleum of Sheikh Safi in Ardabil. 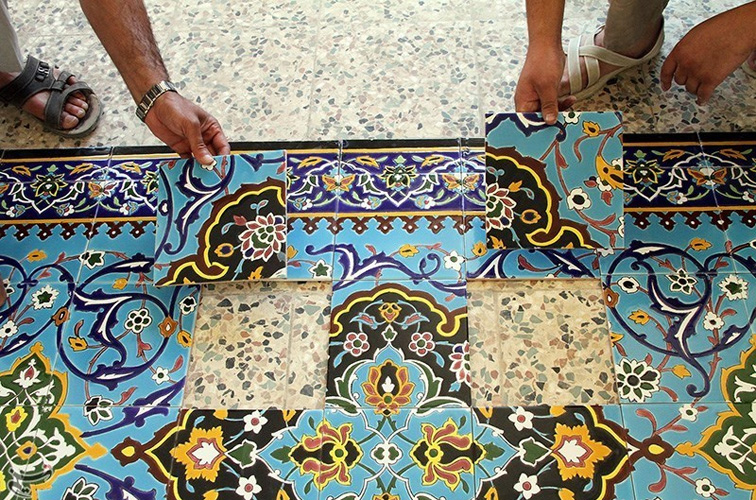 Iranians’ creative use of materials for decoration is very remarkable. besides its decorative use, lime would protect bathes from high humidity. lime-work patterns are lively and dynamic and sometimes various colors are used to enhance the work. The best examples of this art can be found in hammam-e vakil in Shiraz and Chahar Fasl building in Arak. 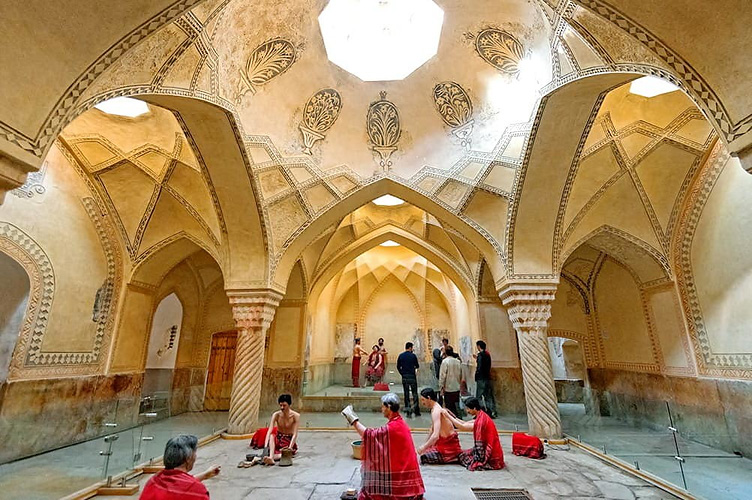 Gach Kari (plasterwork ) is an integral part of Iran’s traditional architecture and ornamentation. Traditional floral designs, geometrical patterns, paintings, or calligraphy would be wrought on a building’s wall or ceiling using plaster.  Some of the best examples of Persian plasterwork can be seen on the Sassanid Taq-i Kisra in Ctesiphon. Pieces of  Ctesiphon Persian artwork are held in Iranian and overseas museums such as the Metropolitan Museum in New york. beautiful plaster-work can still be seen in Iranian monuments such as the Sassanid palaces in Firuz Abad and Bishapur and also in the buildings of the Islamic period such as the congregational mosques of Isfahan, Bastam, Saveh and traditional houses in Kashan. 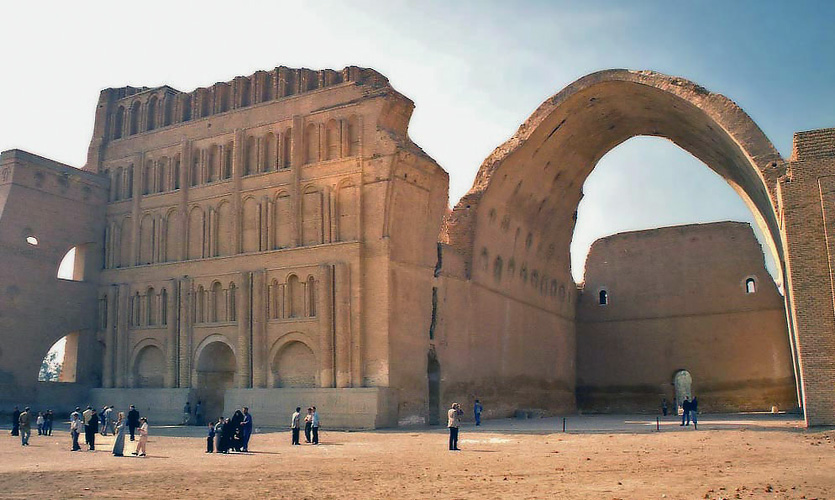 Mogharnas is another Iranian traditional art. honeycomb spaces wrought using plaster, tiles, wood, or metals in minarets, Persian “Ivans” and over the mihrabs of the mosques. Remarkable historical Mogharnas is found in Ganjali Khan bath in Kerman, traditional houses of Kashan and Sheikh Safi Mausoleum Complex in Ardabil. 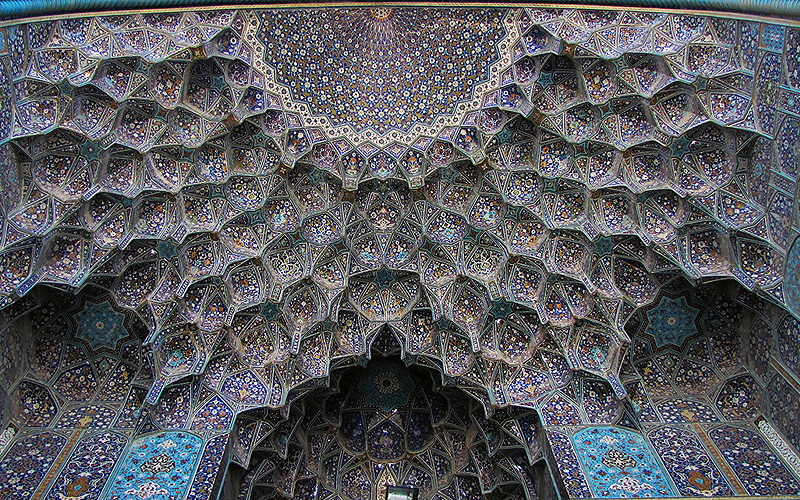 False ceilings are becoming increasingly popular in modern western architecture. but it would be interesting to know that, a few hundred years ago, the idea was known to Iranian architects. Karbandi is the Persian name for the techniques employed in the construction of traditional false ceilings. In many domed buildings of Iran such as the main bazaar of Tabriz, Bazar vakil in Shiraz, some mosques and palaces, and traditional houses of Borujerdi and Tabatabai in Kashan, you will be a witness to the genius of Iranian architects and their art of Karbandi. 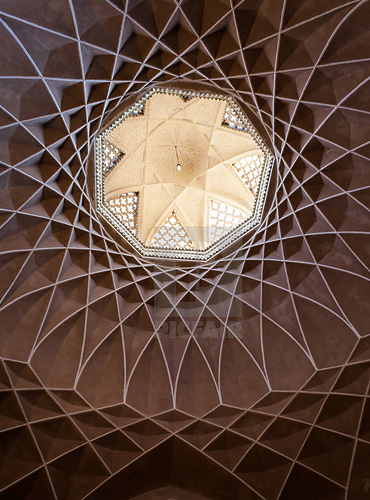 Painting has always had a special place in Iranian culture. From ancient paintings on the walls of the Achaemenid and Sassanid palaces to a few-centuries-old building like Aliqapu and Chehel Sotun to paintings inside the Kakh-e Golestan and other Qajar palaces, the artworks bear testimony to Iranians’ artistic understanding and creativity. 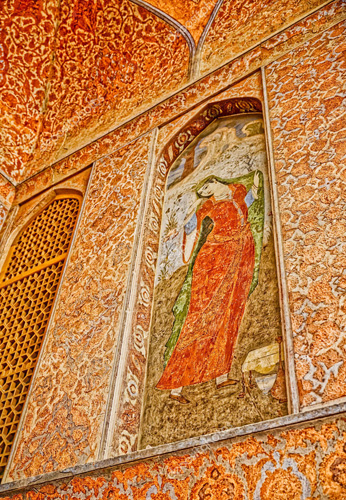 Mirror-wok is a comparatively late Iranian invention which is rooted in a very old tradition of respecting water and mirror as two symbols of purity and happiness.  exquisite examples can be found in the Holy Shrine of Imam Reza in Mashhad, the Kakh-e Golestan palace and the museum of Green palace in Khakh-e Sa’d Abad Complex. 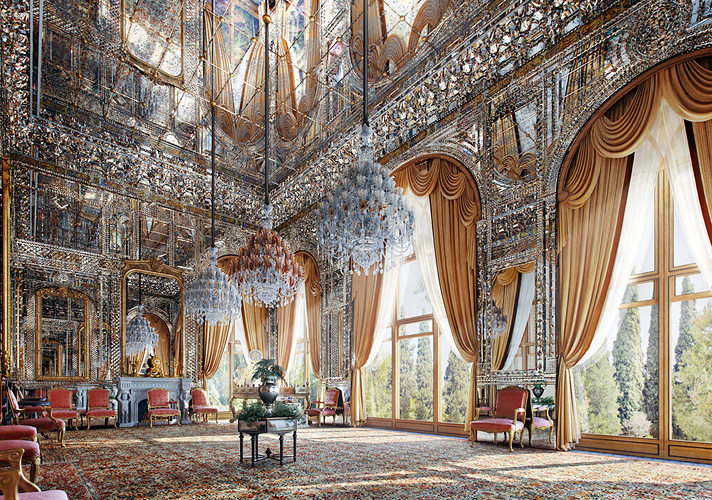 European Union Will Ban US Travelers When It Reopens