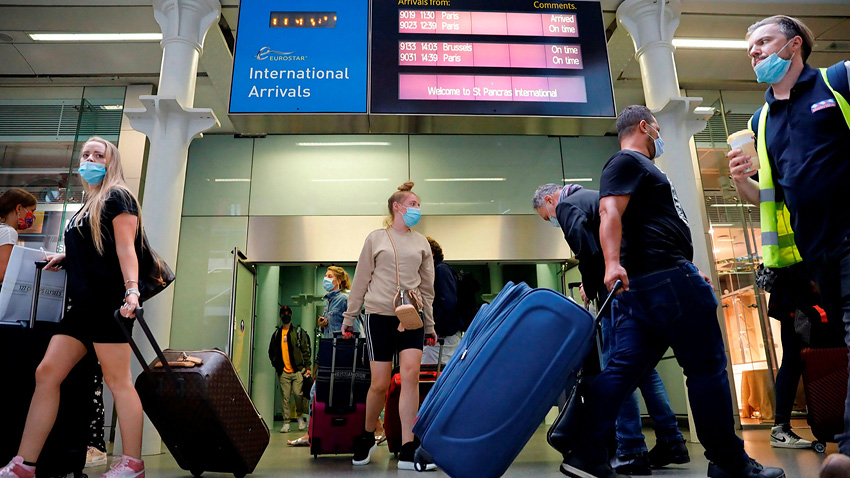 A decision to add France to the list of quarantine countries for British travelers has been greeted with dismay by the travel sector.

Visitors returning from across the Channel, as well as from the Netherlands, Monaco, Malta, Turks & Caicos, and Aruba, will be expected to isolate for two weeks from 04:00 on Saturday morning.

Some 150,000 Brits are currently believed to be in France, throwing thousands of plans into chaos.

The Joint Biosecurity Centre and Public Health England have indicated the decision follow a significant change in the Covid-19 risk in all six destinations, leading to ministers removing these from the current list of travel corridors.

At the same time, the Foreign & Commonwealth Office has also updated its travel advice to advise against all but essential travel to France, Monaco, the Netherlands, Malta, Turks & Caicos Islands, and Aruba.

A government statement said: “We keep travel advice and the exemptions list under constant review, and the Joint Biosecurity Centre is closely monitoring increases in reported cases in destinations worldwide.

“People planning to travel overseas should be mindful that unfortunately, disruption is possible, to protect public health, and the government is prepared to remove countries from the travel corridors list rapidly if the public health risk of people returning from a particular country without self-isolating becomes too high.

“Passengers should therefore carefully consider their ability to self-isolate on return before deciding to travel overseas if advice changes.”

A statement added: “The measures to restrict travel will result in livelihoods being lost unless it can step in with tailored support for the travel industry.

“The announcements relating to Spain, and now France, impact the two biggest destinations for British holidaymakers at the height of the summer season, affecting an industry that has had its trade significantly restricted since the start of this crisis.

“At this time of recession, a plan is urgently needed to protect the 221,000 jobs the travel industry sustains.”

She said: “To have France be removed from the safe list of travel corridors is seriously worrying for the travel industry and the economy in general given that there are so many British visitors there right now.

“However, for the travel agent community, the removal of Malta is, even more, worrying it is a destination more likely to be booked by an agent as a package holiday.

“We are working hard with our partners, suppliers, and fellow industry leaders to encourage consumers to have the confidence to book a holiday, but this latest news will further damage consumer confidence.”

Qatar Airways to return to Gatwick next week
Scroll to top