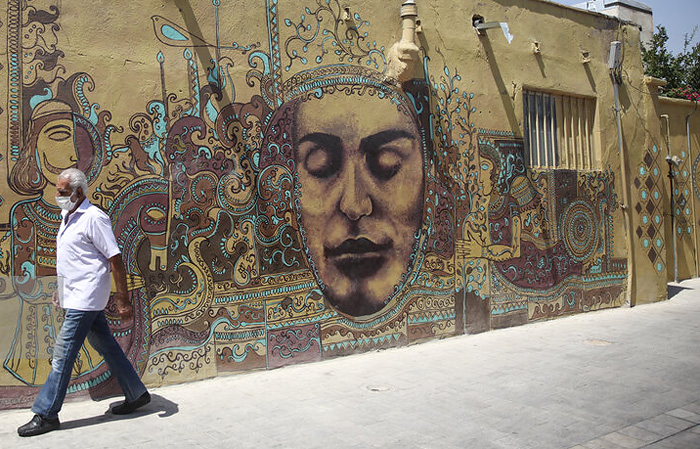 The first “gallery alley” of Iran has been opened in the historical passage of Qavam Orangery, Shiraz.

Sponsored by Shiraz municipality, the gallery alley includes murals by Iranian artists like Adel Yazdi, the painter, and sculpture.

These murals have turned the alley into a gallery, giving a chance to tourists who pass through the historical passage to stand by the artworks for a few minutes, enjoy them and take photos.

Three stories are told in the gallery, according to Yazdi. First, the wedding of an orange tree: a folk tale passing in the historical alleys of Shiraz. Traditionally, a celebration had been held based on this story to increase the tree’s fruitfulness.

The second story is that of Siavash, the famous Persian hero, passing through fire; which is the subject of murals on the other side of the alley. It is depicted using three different techniques.

The third part belongs to the story of an angel who brought the water of life to Dhu al-Qarnayn, the Quranic feature. The water then flowed on the cypress and orange trees- the symbols of Shiraz.

This gallery alley is a combination of art, fictional content, history, and the past which stands against the modernity that ha engulfed the city.

Qatar Airways to return to Gatwick next week