Tracing International Airline Passengers as a Plan to Control The Virus in the U.S. is Delayed 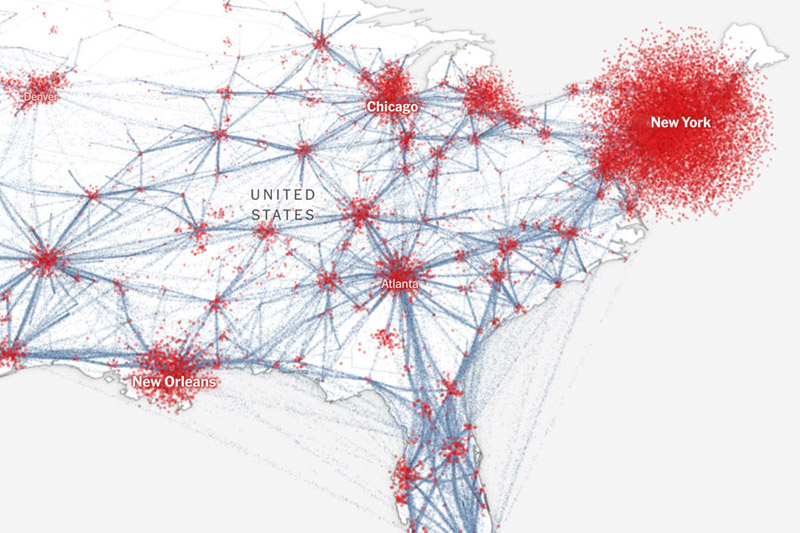 White House was the first to initiate such a plan and it was originally to require domestic airlines to perform contact tracing on U.S. international flights. However, according to the sources involved, it never really left the house.

Several people, engaged with the matter told the reporters that such a mandate is yet so far to happen a year.

Coming up with a plan like this, started in June when the Centers for Disease Control’s desire to collect information on foreign passengers arriving in the U.S. In that order the Trump administration and the airlines, put together an interagency working group. The main purpose of this group was to find an interim solution to deal with the spread of the virus. The phrase “Contact tracing” is staying in contact with people who have tested positive for COVID-19 to see that if they have been in contact with any other people and whether they have been exposed to the virus or not.

However, after a White House meeting this week, airline and U.S. officials, we learn that no plan is likely to be adopted and in effect before the end of 2020.

“The White House continues to work with the airlines on the best solution to protect the health and safety of the public, not only during this ongoing pandemic but for future ones as well.”  Said Judd Deere, the White House spokesman on Friday.

Also on Friday, the spokeswoman for Airlines in America confirmed that all the agencies and airlines are to work collaboratively with the government to provide contact tracing and that they are positive contact tracing is a key measure which will gradually bring back the confidence for public traveling and that airlines and the federal government are prioritizing people’s health and safety.

Croatia, Greece, and Turkey could join the UK quarantine list amid spikes in...