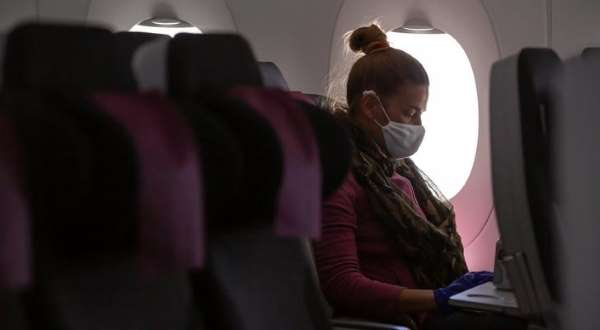 It has been several months now that airlines have emphasized on the face coverage for passengers. As travel began to gradually tick up, they have seriously enforced the instruction that all travelers must wear a face mask on board for the extent of the flight.

Since the mandate went into effect, more than 700 passengers have been banned from flying U.S. domestic terminals.

For sure, Delta Air Lines is leading the way. The Atlanta-based carrier is more unyielding toward the matter. As a result, Delta placed 270 passengers on its “no-fly” list, subsequently United Airlines, with 150; Spirit Airlines, 128; Frontier Airlines, 106; Alaska Airlines, 78; and Hawaiian Airlines, six. American and Southwest airlines declined to reveal to the Times how many passengers they have excluded.

American Airlines spokesman Curtis Blessing told the Times that “When our costumers chose to travel with us, we expect them to fulfil our policies, and we take action when something does not add up.”

Airline representatives clarified that they did not share the names of the travelers they have banned from other carriers. This means a passenger banned from one airline could choose another flight.

These airlines, however, cannot financially fine violators simply because there is no federal bylaw in place requiring passengers to wear face masks, leaving it up to each carrier. Sara Nelson, president of the Assn. of Flight Attendants-CWA, which represents nearly 50,000 flight attendants at 19 airlines, is one of many stakeholders in the industry requesting for a federal order.

She stated that “Flight attendants want a federal mandate, and so do lawmakers, just like when anyone smoking on a plane faces federal charges and fines, people who do not understand the serious consequences of putting the health of others at risk by refusing to wear a mask, should be held responsible and there should be charges against them.”

What to see when you travel to Peru?
Scroll to top