It Is ‘Extremely Unlikely’ to Getting COVID-19 on a Plane 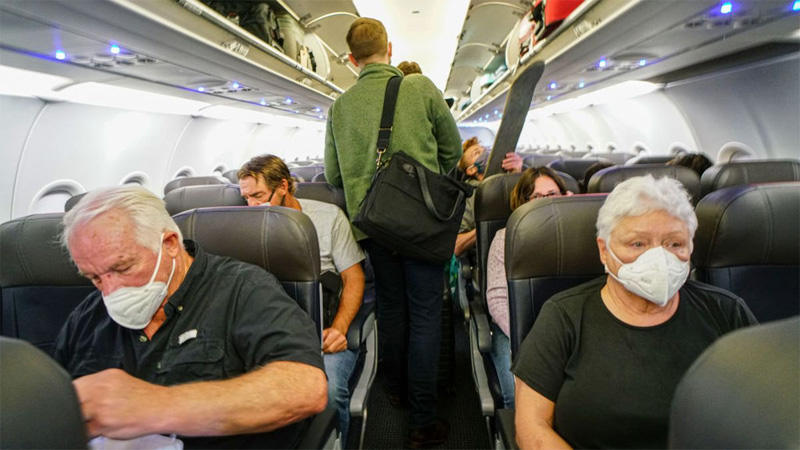 In between panicking and protecting one’s self from this on-going virus, which has now passed the point of the predicts about when it will be over, there are people who despite the risk of getting infected, have to do their job. Not to mention the growing crowd of desperate individuals whom this quarantine mood seems to have reached their potential of simply accepting it.

Here is the good news. A recent study by the United States government has discovered that flying as a passenger in a plane is safer than what they have expected. Basing on this study, the risk of being exposed to the Coronavirus during a flight regardless of the flight’s length is “extremely unlikely,”

Hundreds of tests were conducted on several Boeing 777 and 767 aircraft which belonged to United Airlines, which participated in this governmental study. Tracer aerosols were released into the air and a mannequin was used to trace the movement of air through the cabin. Without wearing a mask, the mannequin was tested.

The study clears out a point, which is passengers who are flying longer face a minimal risk of exposure. That is because the higher risk people at on a plane might sit near a traveler with the virus.

The actual main reason for the lack of exposure on an aircraft is simply the air filtration systems. It will take only six minutes for this system to filter out 99.99 percent of particles out of the cabin. A standard hospital operating room has a lesser percentage than this.

The Department of Defense who is in charge of managing and supervising this study believes that what they have found should help those travelers who are still hesitant and encourage them to get over their fears and help get airlines back on track financially.