Watch the History of Iran

museums play a significant role in preserving and introducing a nation’s cultural heritage. we can learn about our history through time, and how our present society is linked to the oldest past societies. All objects and artifacts have their specific saga to tell us. There are different types of museums like historical-archeological, anthropological, and many other types.

In Iran we have old palaces turned into museums, we have old gardens with mausoleums and we have local museums too. what follows is a selection from almost uncountable places, palaces, mausoleums, historic sights, old gardens, and more that are open to visitors from all over the world.

The National Museum of Iran is an archeological and historical museum located in Tehran. It preserves ancient Persian antiquities including pottery vessels, metal objects, books, coins, etc. It was inaugurated in 1937. The museum consists of two buildings. Building Number One is dedicated to the pre-Islamic collection while building number two consists of post-Islamic artifacts. Building number one consists of three halls. The three halls contain artifacts from the lower, middle, and upper Paleolithic, as well as Neolithic, early and late Bronze Ages, Iron Ages I-III, through the Median, Achaemenes, Seljuk, Parthian, and Sassanid ages. the post-Islamic part of the museum was inaugurated in 1996 and consists of three floors as well. It contains various pieces of pottery, textiles, texts, artworks, astrolabes, and adobe calligraphy from 1400 years of Islamic history in Iran. The original museum (the building I) was designed by Andre Godard, a French architect. It is located in 1994 in central Tehran. 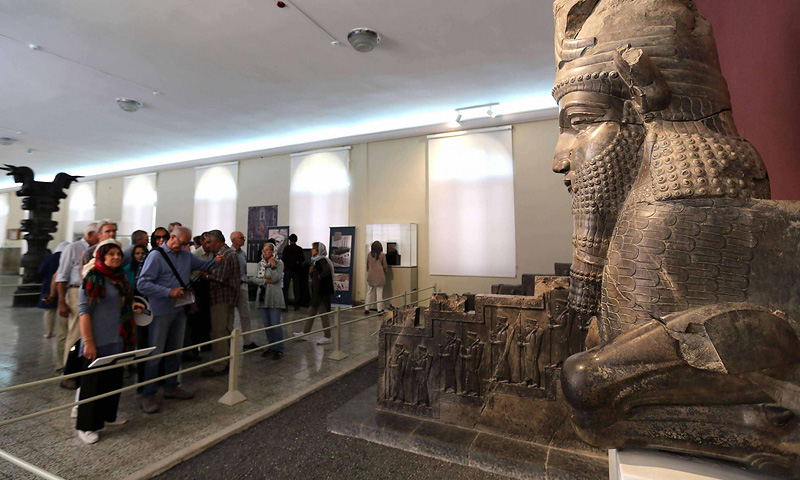 located in Tehran, beside Laleh Park, and founded in1976, the Carpet Museum of Iran exhibits a variety of Persian carpets from all over Iran, dating from the 18th century to the present. The museum’s exhibition hall occupies 3,400 square meters, and its library contains 7,000 books. The perforated structure around the museum’s exterior is designed both to resemble a carpet loom and to cast shade on the exterior walls, reducing the impact of the hot summer sun on the interior temperature. 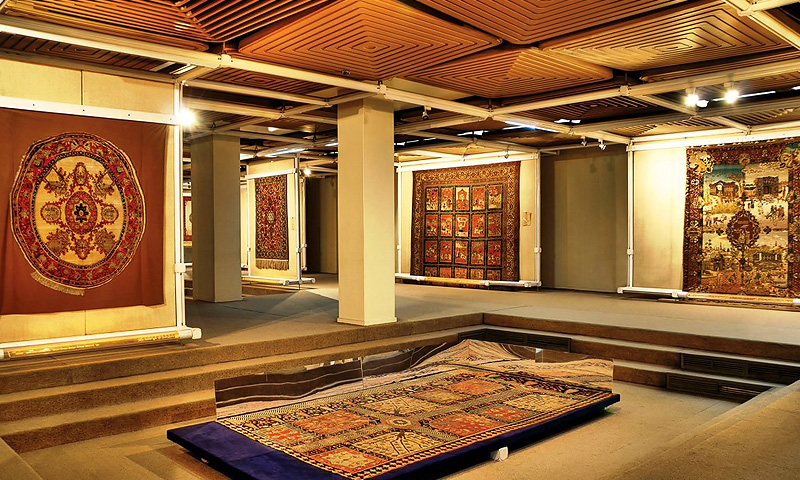 Tehran’s Museum of Contemporary Art is one of Iran’s finest museums, located in Tehran. Inaugurated in 1977, and built adjacent to Tehran’s Laleh Park. It is considered to be the largest collection of valuable western modern art outside Europe and the U.S.A. The Museum contains works by Claude Monet, Camille Pissarro, Van Gogh, James Ensor, Eduard Vuillard, André Derain, among many other artists. 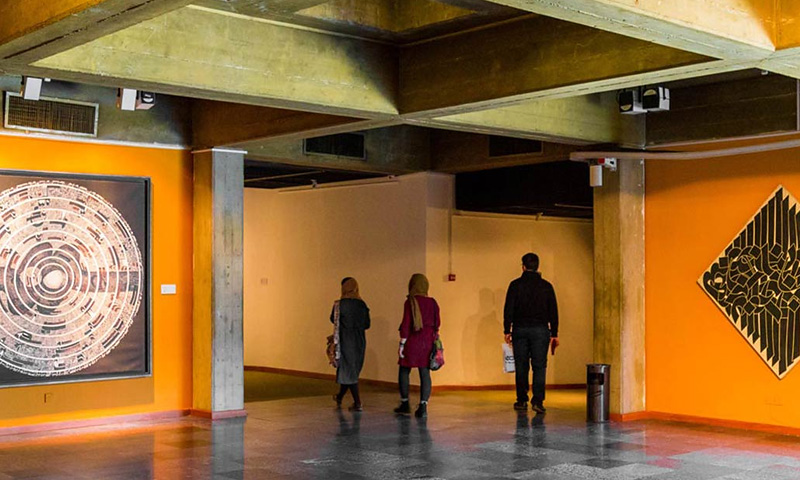 Golestān Palace is the former royal Qajar complex in Iran’s capital city. The oldest of the historic monuments in Tehran, the Golestan Palace (also Golestan Palace) (Palace of Flowers) belongs to a group of royal buildings that were once enclosed within the mud-thatched walls of Tehran’s Historic Arg (citadel). Between 1925 and 1945 a large portion of the buildings of the palace was destroyed on the orders of Reza Shah who believed that the centuries-old Qajar palace should not hinder the growth of a modern city. In the place of the old buildings modern 1950s and 1960s style, commercial buildings were erected. 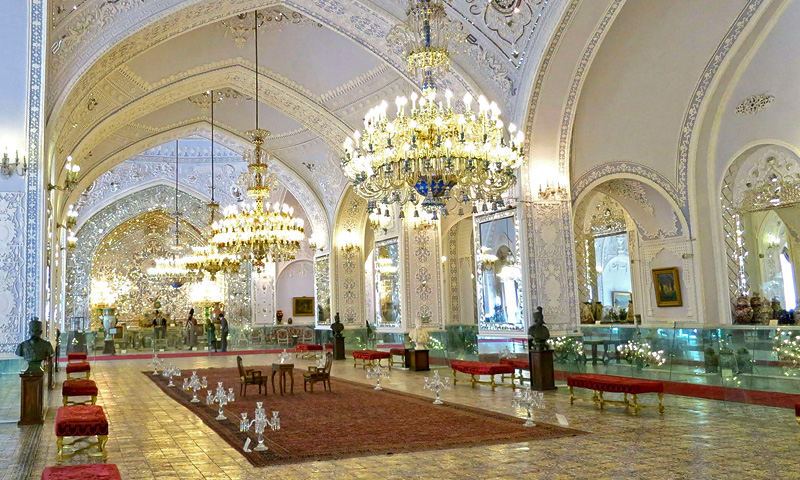 The premises that have been turned into a museum where glass and clay works are on display were built about 90 years ago upon orders of Ahmad Qavam (Qavam-olSaltaneh) for his lodging (residence and working office). The building is situated in a garden with a span of 7000 square meters and was used by Qavam himself till the year 1953. It was turned into a museum by three groups of Iranian, Austrian, and French architects. The museum was opened in 1980 and was registered in the list of national heritage in 1998. Parts of the walls in the basement are decorated in a traditional style with big tiles. Double windows have been used in the architecture of the building instead of the terrace and wooden doors have been installed behind the windowpanes to regulate the light and temperature of the interior of the building.

The exterior and interior of the museum comprise such decorations as brick works, plaster works, mirror works, and inlaid works. The collection of glass and clay works that are on display at the museum is among the rare collections in Iran. It comprises clay pots dating back from the 4th-millennium B.c. up to the present time as well as glassworks from 1st-millennium B.c. up to the contemporary era. European glassworks belonging to the 18th and 19th centuries are also parts of the collection. The collection is on display in six halls and two entrance halls in separate sections depicting different historical eras and subjects. 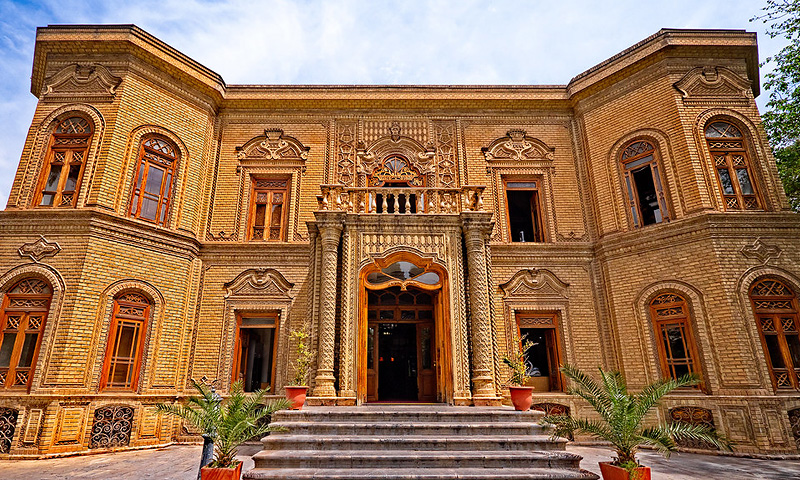 This is a museum and national library in Tehran, Iran. It contains 18000 manuscripts among other historical items. Its most precious possessions are 13 paintings by Kamal-Ol-Molk, and a collection of oil paintings by famous European painters. 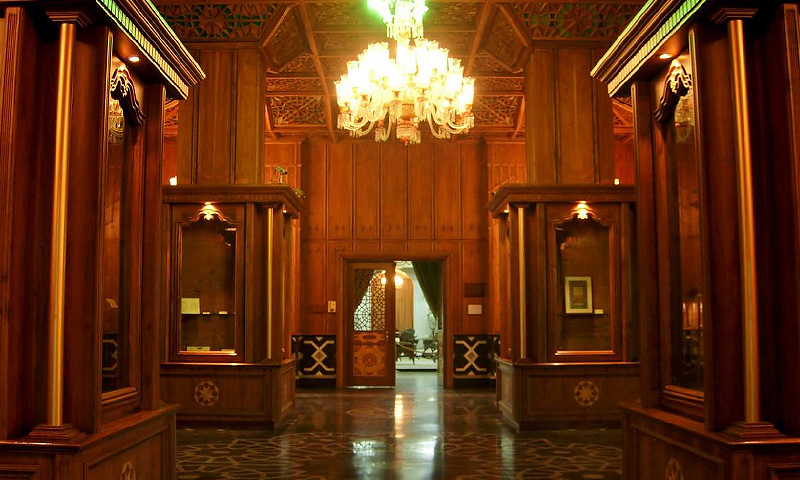 construction of general post office building, which is a two-floor building with a basement floor, following a composite German and Persian architecture. It had been built from 1928 to 1934 when the Municipality and ministry of foreign Affairs were created. This museum has divided into three parts and also possesses an audio-visual hall and a library of its own.

Post part of the museum is shown on the first floor; this includes a chronological history of Iranian postage stamps, horse-carts used in delivering mail; also the ancient instrument of the post, such as scales and chests are being renovated from different parts of the country and 142 subjects of the post, prepared to exhibit.

The first Iranian stamp, 4-piece series known as “Bagheri”, was printed during Naser Ad-Din Shah, king of the Qajar dynasty. More than 7300 number of stamps from Iran and other countries point to historical and cultural changes of various clanships, from different parts of the world are exhibited. This part is situated on the second floor.

One could see the first Telegraph set, put into operation through a small apparatus, which had been brought to Iran from Europe. It was inaugurated for drawing the attention of Nasereddin Shah (King of Qajar Dynasty), between DarolFonun school and the king’s palace (Golestān). 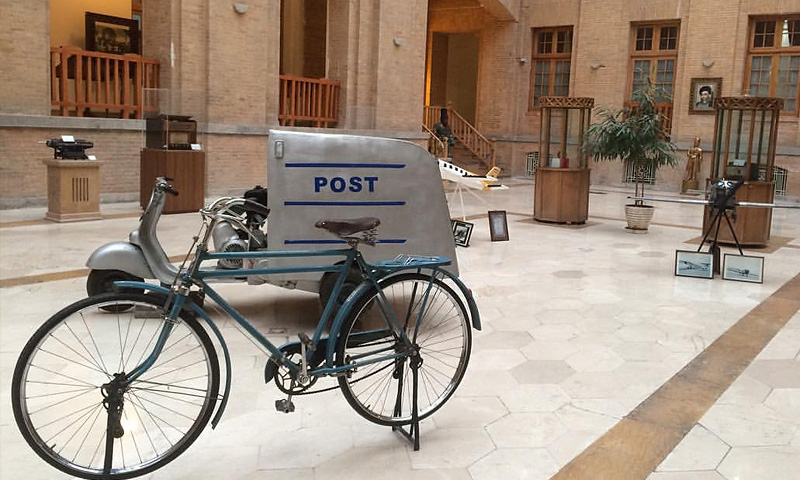 Famous anthropology museums we like to mention are, Khanh-e-Kurd in Sanandaj, Ganj Ali Khan in Kerman, Ali Goli Agha Khan in Isfahan, Rakhtshoui Khaneh in Zanjan, Kandolous in Mazandaran, and Char Fasl in Arak.

The Sad Abad Palace is a palace built by the Pahlavi dynasty of Iran in the Shemiran area of Tehran. The complex was first inhabited by Qajar monarchs and the royal family in the 19th century. After an expansion of the compounds, Reza Shah lived there in the 1920s. And his son, Mohammad Reza Pahlavi moved there in the 1970s. After the Iranian Revolution, the complex became a museum. However, the current presidential palace is located adjacent to the Sa’d Abad compound. Sad Abad has 18 palaces; in which 7 palaces had changed to museums. 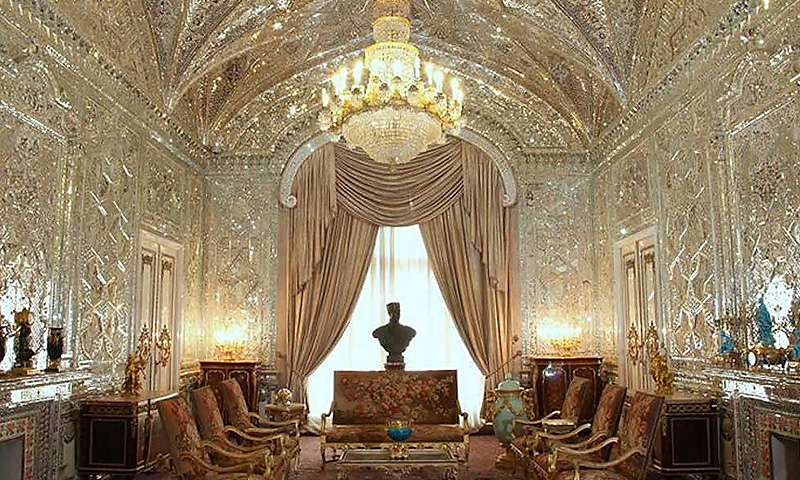 Nation Arts Museum (or Africa Museum): Situated in Nation Museum, where Chinese, Indian’s and African’s Dedications to Shah, is protected

Military Museum: equipment and weapons from the Achaemenian period to now

Mir Emad Museum: calligraphy Masterpieces of Mir Emad and his period other calligraphists