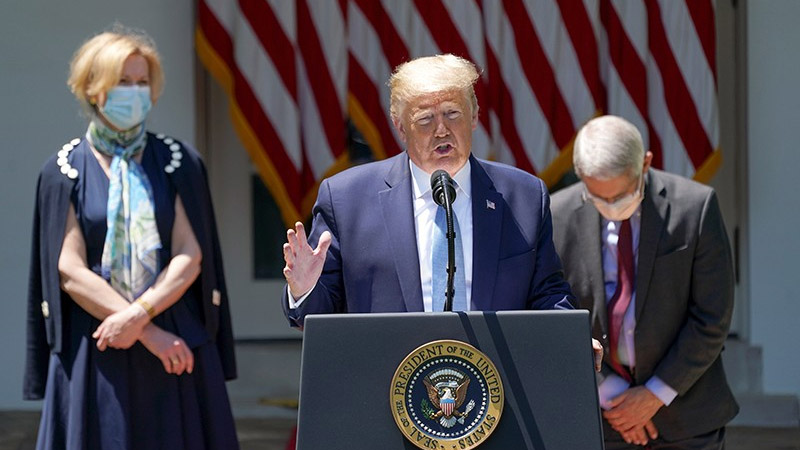 Since Trump’s win in 2016, there has been a 2.1-percentage-point slowdown in the compound annual growth rate (CAGR) of international tourism in the U.S. Adding this in fortune to what has been sniffing out the life out of everything, COVID-19, there might not be a bright future for travel traders and the tourism industry.

Though the direct relation is still waiting to be proved, no observer could deny that there is a correlation between President Trump’s first term and a slowdown in international visitation. The conditions in 2017 when Trump took office were ripe for growth.

Global Data research shows how harshly travel has been impacted in the U.S. Conferring to their data, international arrivals to the U.S. are now expected to see an overwhelming decrease of 75 percent in 2020 mainly as a result of COVID-19.

A second term for President Trump could lengthen tourism recovery in the US and there are several reasons for this. Negative views on immigration policies ban individuals from entering the U.S. The recovery is hindered by several other aspects beyond the pandemic.

Another significant continuing reason is the China-U.S. trade war. In current years, the rapidly increasing spending power of Chinese travelers has put them at the front of many nations’ tourism strategies-given the large numbers of high-yield tourists. Trump’s hostile approach toward China has crushed arrivals from this valuable source and market. Rendering to GlobalData, between 2013 and 2016, Chinese arrivals to the US grew at a rapid CAGR of 18.1 percent. From 2016 to 2019, arrivals dropped at a CARC of 2.5 percent. China will continue to be a central factor.

Should President Trump’s strain relationship with China if he’d be re-elected, this trend of Chinese arrivals gradually dropping could continue beyond the pandemic. These principals and positions show no sign of improving during a potential second term.