Iran’s earliest attempts for producing nuclear energy go back to the ’50s. These attempts would seem very ambitious at the time and were held in great priority in Mohamad Reza Pahlavi’s plans for Iran. The first country to encourage Iran in developing nuclear energy was the United States – which also played an important role in transferring nuclear technology to Iran. Iran became a member of the International Atomic energy Agency (IAEA) in 1958 and Iranian representatives have since been regularly attending the agency’s summits.

A civil nuclear co-operation program was established under the U.S. Atoms for Peace program. In 1967, the Tehran Nuclear Research center (TNRC) was established, run by the Atomic Energy Organization of Iran (AEOI). the TNRC was equipped with a U.S.-supplied, 5-megawatt nuclear research reactor, which became operational in 1967 and was fueled by highly enriched uranium (93%). Iran signed the nuclear non-Proliferation Treaty (NPT) in 1968 and ratified it in 1970, making Iran’s nuclear program subject to International Atomic energy Agency verification.

In 1974, the Shah founded the Atomic Foundation of Iran (A.F.O.I), and Dr. Etemad was appointed as its president. The foundation was assigned the duty of building 4 power plants in Bushehr and Darkhovin, a water purification facility in Bushehr, providing nuclear fuel and technical maintenance for power plants. The atomic foundation was then renamed the Nuclear Research Center (NRC). 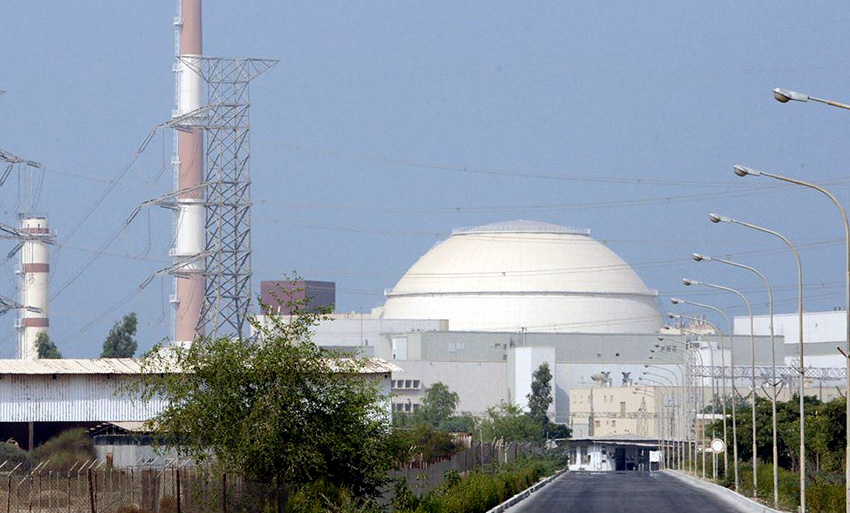 Tehran university started to research and education activities in nuclear science at the same time. Shiraz university also started to offer a program in nuclear engineering, a number of students were given scholarship for study in nuclear science outside Iran. 1974 was an important year in the chronology of Iran’s nuclear activities in which the country made a contract with America’s Stanford Research Institute for research into various social, economic, and industrial aspects of a comprehensive development plan in Iran.

The results were given to Iran as a 20-volume SRI Report, in which the industrial and economic development of Iran was seen as conditioned upon the production of 20,000 Mega-Watts of electric energy by 1995; the suggested means for producing this energy were nuclear power plants. Based on the suggestions given in the abovementioned study, Iran entered into a contract with German Siemens in 1974 (some 5 years before the Islamic Revolution). Afterward, some 2000 German and Iranian experts began the execution of this plan, which was seen as one of the largest nuclear energy projects of the time.

The project was expected to get complete by the end of 1980, but it got hampered due to the revolution and the imposed Iran-Iraq war. Iran would also sign nuclear fuel cycle contracts with America in 1974, west Germany in 1976, and France in 1977. Iran accepted the implementation of the NPT Safeguards Agreement in 1974; the country consented to allow IAEA inspectors to regularly visit its nuclear facilities as per safeguard agreement INFCIRC/214 and modality plan INFCIRC/153. Iran also signed a nuclear cooperation agreement with India — which had made significant progress in nuclear science and technology by that time.

In August 1975, Kraft Werk Union (KWU) from west Germany started the work on Iran’s nuclear power plants according to its contract with the Iranian government. In 1975, Iran purchased 10% of the shares of the uranium enrichment facility of Eurodif in France. It was part of a consortium of France, Belgium, Spain, and Italy; according to the agreement made by the shah, Iran would receive euro if’s uranium enrichment technology as well 234 246 as a certain portion of Eurodif enriched uranium – which was needed for Iran’s nuclear power plants and also nuclear medicine activities. Iran invested a total sum of 2 billion US dollars in Eurodif, one billion dollars of which was Iran’s share in the facility, and another one billion dollars was offered as a loan.

In 1976, Britain and France jointly started research for building nuclear facilities in Isfahan. In October 1977, France reached an agreement with Iran for building two 900 Mega Watts nuclear power plants in Darkhovin, near Isfahan. In December 1977, West Germany offered the permit for continuing the work on Iran’s power plants to KWU, but the shah had developed ties with Egypt’s then-president, Anvar Sadat, during the 1973 Arab-Israeli conflict and this made Israeli’s angry and they felt much concern over Iran’s access to nuclear technology. They pushed for halting West-Iran nuclear cooperation with partial success.

After the Islamic Revolution in 1979, the contracts with Iran were declared void. The shah, who had learned something about the Zionist lobby’s efforts to undermine Iran west cooperation, was seeking the cooperation of non-Western countries. A secret contract was therefore made with South Africa in 1976, for the purchase of nuclear equipment and materials. America sent Iran four 16-micron lasers Iran. In February 1979, Bushehr’s Reactor 1 had reached 85% physical completion while Reactor 2 was 65% complete. After the victory of the Islamic Revolution in 1979, the west adopted the policy of technological embargo against Iran.

Siemens refused to complete the construction of nuclear plants in Iran and proposed to fulfill its remaining duties by building natural gas power plants – a proposal that got rejected by Iran. At the time, Iran could not direct much political pressure at west Germany and the legal dispute over this contract remained unresolved until 1988 when Iran demanded Siemens to pay compensation but the German company, backed by the international trade commission in Paris, became the legal victor of the case and did not pay any compensations to Iran.

Eight years of imposed war with Iraq led to some damage to the yet-incomplete nuclear facilities as well as a cut of research budget in nuclear science and technology. After the end of the war, Iran put several nuclear energy plans on its agenda. entering into a contract with Russia for the completion and launch of the nuclear power plants in Bushehr, the completion and expansion of nuclear fuel facilities in Isfahan, and the construction of uranium enrichment facilities in Natanz were some of the steps taken by Iran for achieving nuclear energy.

When George w. Bush took power as the US president, started its extensive efforts to stop Iran’s nuclear activities. The pressure of the Zionist Lobby and some European governments led Iran’s nuclear dossier into a fragile situation in September 2003; following the discussion of Iran’s nuclear activities in the IAEA Board of governors, the board issued an ultimatum for sending Iran’s dossier to the Security council. Foreign ministers of three European countries (Britain, France, and Germany) traveled to Tehran and it was agreed that Iran would suspend its nuclear activities and sign an amendment to the NPT treaty.

The western countries delay policy and their refusal to cooperate with Iran for access to peaceful nuclear energy as per agreements made with Iran in the said visit, made the country re-activate its program in 2005. In 2006, Mahmud Ahmadinejad, the president of Iran officially announced that Iran had gained access to uranium enrichment technology and had launched a full enrichment cycle in Natanz; so this day was declared “the national day of nuclear energy”. Currently, Iran has localized nuclear technology thanks to its young scientists and is on its way to rapid progress in nuclear technology for peaceful purposes.

Australia’s largest airline Is Requiring a COVID-19 Vaccine for International...