This city regard as an ancient city in Iranian Azerbaijan. It is the center of Ardabil Province.

It is located on the Baliqly Chay River, almost 70 km far from the Caspian Sea, and around 210 km from the city of Tabriz. Neighboring the Caspian Sea and the Republic of Azerbaijan, it has been of great political and economic significance throughout history, especially within the Caucasus region. It is located on an open plain 1,500 meters above sea level, just east of Mount Sabalan (4,811 m), where cold spells occur until late spring.

Due to it is near and proximity to the Caucasus, this city was always vulnerable to invasions and attacks by the mountain peoples of the Caucasus as well as by the steppe dwellers of South Russia past the mountains. In 730–731, the Khazars managed to get past the Alan Gates, defeated and killed the Arab governor of Armenia named Al-Jarrah ibn Abdallah on the plain outside the town of Ardabil, and subsequently captured the town, as they continued their conquests.

There are a lot of things that become Ardabil as a famous city in Iran but, Ardabil is known for its carpet and silk trade tradition. Also, Ardabil rugs are renowned and the ancient Ardabil Carpets are considered some of the best of the classical Persian carpet creations. Ardabil is also known as the seat of a World Heritage Site: The Ardabil Shrine, the sanctuary, and tomb of Shaikh Safî ad-Din, eponymous founder of the Safavid dynasty.

Some witnesses have shown that the province is believed to be as old as the Achaemenes era (ca. 550–330 BCE). It is mentioned in the Avesta, where prophet Zoroaster was born by the river Aras and wrote his book in the Sabalan Mountains.

The province is located in the northwest of Iran neighboring the Azerbaijan Republic. The climate conditions and fertile soil have caused most of its population to be involved in farming and husbandry. To Iranian people, this province evokes the memories of sweet honey from Mount Sabalan, hot water springs of Sarab and Sarein, and the simplicity and freshness of its natives. Travel to Ardabil to feel cool in the heat of summer, to listen to Azari music, and to gain a deeper knowledge of its culture. 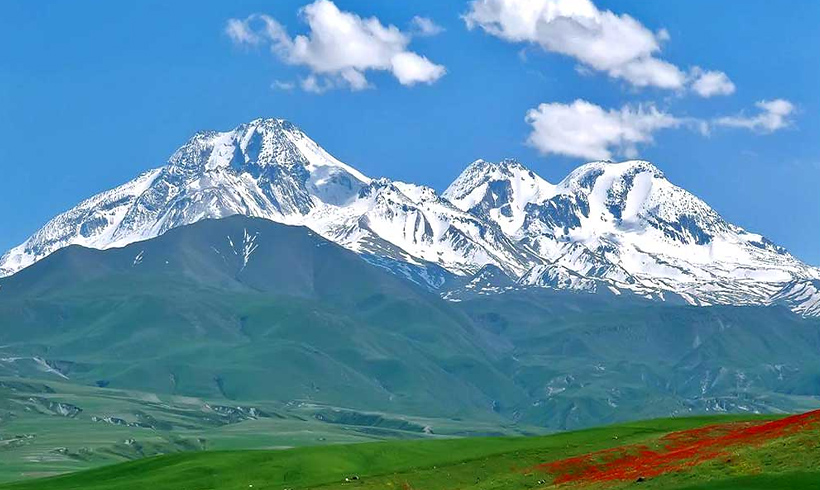 Sheikh Safi Ad-din Ardabili was a renowned 8th-century Sufi teacher. He was the ancestor of the Safavid royal family who ruled Iran from 1502 to 1736 CE. King Ismaeil, I of the Safavid dynasty adopted Sheikh Safi’s surname. his mausoleum is located in the city of Ardabil. The mausoleum complex, built and expanded over time by his children and followers -the Safavid kings- is a definitive masterpiece of Persian architecture.

Sabalan is Iran’s second most famous dormant volcano, the first being Mount Damavand. with a height of 4811 meters from the sea level, Mount Sabalan is Ardabil’s highest peak. Due to the volcanic eruptions in the past, a conical opening has been formed on the top of this mountain which is now a beautiful lake. Throughout the year, the lake is covered with ice and snow. It is a natural habitat for local and migrating birds. 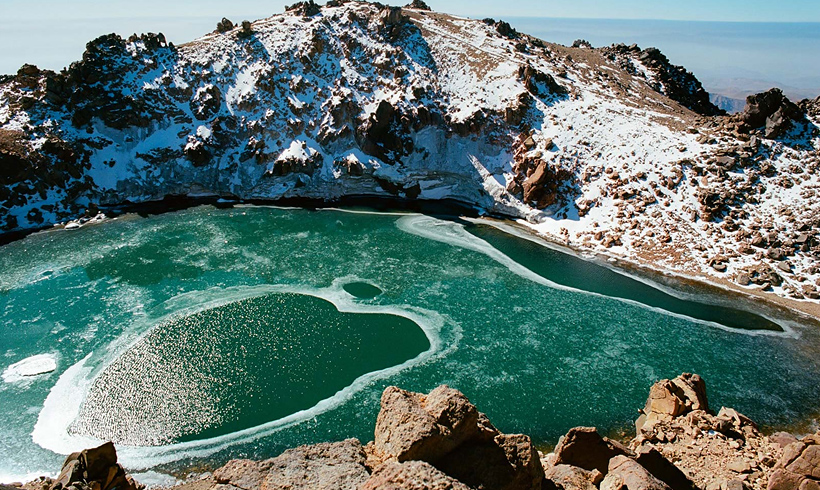 Sarein is located 28 km west of Ardabil. Thousands of people travel to this town every year to enjoy its hot water springs which are rich in silicate minerals, chloral, and bicarbonate waters. Bathing in the springs is believed to have calming effects, especially on nervous pains and rheumatism. 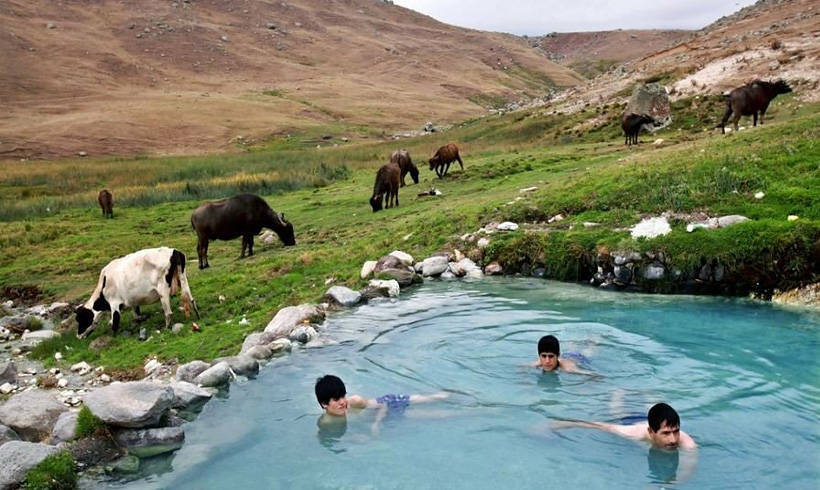 In the hub of the Ardabil city, this astonishing bazaar stands as old as the Islamic period. Its structure and shape were described by the historians of 4th century AH. as a cross, extending in four directions with simply designed domes. During the Safavid and Zand era, most sections of the bazaar have been renovated and constructed.

This place is a remain from the Seljukian period. You could find two inscriptions which are belonging to almost 700 years ago, in the walls of the minarets. Later, these have transferred to a museum. Ceramic and other objects discovered at this site belong to about 600 years ago (Seljukian period). The rest of the inscriptions which are not in good condition date back to the 3rd or 4th centuries.

On Panzdah-e Khordad Square this attraction is located. The designers of this bridge constructed it with seven solid brick arches, and stone-made cutwaters. Plaster and lime are among the materials used in the construction of this building. Haft Cheshmeh Bridge dates back to the Safavid era. 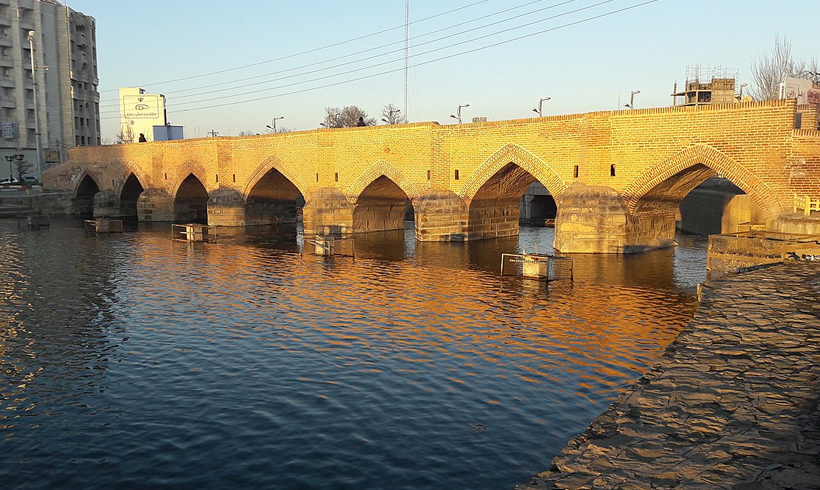 The construction of this house traced back to the first Pahlavi king, Reza Shah. The architecture of the House of Manafzadeh is a symbol of houses built in a cold and mountainous climate.