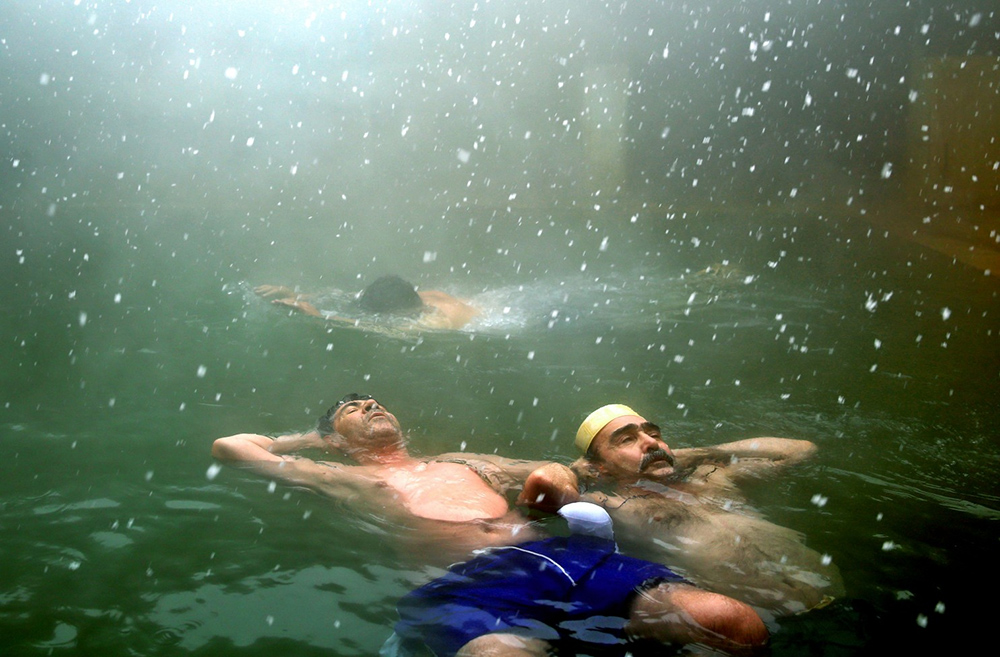 From long ago, the hot water springs were (and still are) natural bathing areas. The water of cold springs is the result of melting snow and ice after winter is passed, and when these springs came out of the earth, they are cool, refreshing, and suitable for drinking. It is not clear exactly when washing the body with hot water became a soothing idea to the human mind, but however, at some point, they encountered a phenomenon called the hot water spring.

In the past, human beings, based on their experience and basic medical knowledge, have learned that hot water can be useful in treating some diseases. Therefore, they made tools to use the spring or somehow made the environment suitable to utilize it in their daily affairs. This notion has continued over the centuries and now we see modern and developed centers and spas for people who need them.

Hydrotherapy dates back to thousands of years BC. Aristotle, Plato, and Hippocrates have talked about it and have suggested it to patients suffering from different diseases. In Iran, the famous Avicenna and others have written on the proper ways to Hydrotherapy. Sometimes when the real knowledge of a phenomenon is not yet known to the people, it gets confused with superstition. However, as humans moved into brighter ages, studies by the scientists and student dissertations, especially in the United Kingdom, have gradually proven the therapeutic effects of hot water springs.

The solubility of hot water is higher and as a result, it has more chemical compounds, and so, the therapeutic cast is also higher. Natural hot water springs are found almost everywhere, but some countries are more famous than others in this matter. With proper planning, these resources could attract the tourism industry and they could be more known and accessible to others who show interest in the subject or have been suggested by a physician.

Many of Iran’s cities are well-known around the world for their history and antiquities, and the main reason for foreign tourism is usually to visit these places. If one were to visit the cities alongside visiting some hot water springs, they might end up with whole new experience. Demanding just one aspect from your trip to a far land could be devastating, there could be more to it than you have had anticipated.

Ferdows hot water spring in South Khorasan province has the first rank in Iran regarding the variety of mineral salts in the water, such as sodium chloride, sulfate, magnesium, bicarbonate, calcium, nitrate, and phosphate. The spring itself dates back to 200 years ago and people have been using it ever since. One thing interesting about this spring is that due to the earthquake of 1968, the water spring was cut off and then the following aftershocks brought the spring back. This made the people of the nearby villages happy and they took faith in the spring and suddenly gave such holiness to it.

Located in the foothills of Sabalan, the province of Ardabil has more than 118 mineral springs. In other words, the Ardabil province has the hottest water springs in Iran. The hot water of Shabil spring, which has a temperature of about 50 degrees, is at an altitude of 2700 meters and on the way to the summit of the Sabalan peak. Gavmish Goli in Sareyn, another town also in Ardabil Province, is known for the amount of water it springs out.

After Saryen in Ardabil province, the city of Amol in Mazandaran province with more than 26 hot and cold mineral water springs has the second rank. The largest spa in Iran is located in Larijan Amol. Other important hot water springs in Iran with proven therapeutic effects include the Sirch and Lalehzar springs in Kerman, Geno, Khorgoo, and Khamir in Hormozgan, several mineral springs on the slopes of Taftan Mountain in Sistan and Baluchestan, and Verton Spring in Isfahan. Dehloran hot water spring, Nilo spring in Bushehr, and several hot springs in Fars, Kurdistan, Azerbaijan, Khorasan, and Qazvin provinces should be mentioned too. These are just the names. Although they all might share the same therapeutic measures, the scenery they put out is quite different. Each spring has its own landscape and they vary from normal to simply breathtaking.

Most hydrotherapy travelers go to Ferdows Spa, the Sirch in Kerman, Geno in Bandar Abbas, and Qazvin Spa. Given that medical tourism is now growing and becoming a huge industry, visiting hot water springs is going to have a specific role and Iran’s nature could take its rightful place in the tourism industry.

In order to pack your traveling bags and leave for other cities or even countries, sometimes you need more than just money. There has to be enough purpose to drive you on. Other than being in historical places, famous restaurants, and museums, giving yourself a treat and refreshing yourself in healthy hot water springs could be exactly what you need. Maybe this time you could go with your family and while enjoying the rich historical sites, you could take a therapeutic tour.

Many of these hot water springs come with a view and nowadays there are accommodation and welfare facilities near almost every hot spring, or in the nearby city. You only need to check it with your traveling agency.