Boeing 737 MAX: Jets cleared for test flights after being grounded due to two fatal crashes 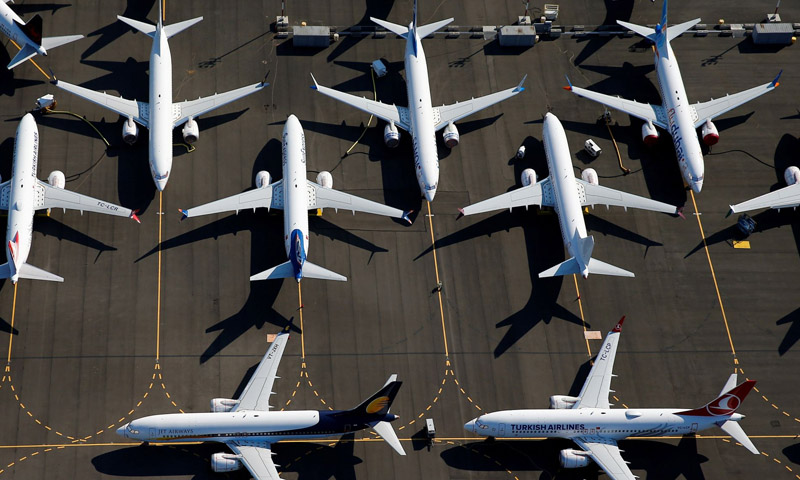 Boeing has been given the green light to begin test flights of its 737 MAX fleet, more than a year after the planes were grounded following two devastating crashes in the space of five months.
The aircraft have been banned from taking to the air since last March, when an Ethiopian Airlines flight crashed just moments after taking off from Addis Ababa – killing all 157 people on board.
Five months earlier, in October 2018, 189 people died when a 737 MAX used by Lion Air crashed into the Java Sea only 13 minutes after departing the Indonesian capital of Jakarta.
Both were blamed on a malfunctioning anti-stall device named Manoeuvring Characteristics Augmentation System, which Boeing has since been working to make less powerful in order to give pilots more manual control.
Now, after several delays, the Federal Aviation Administration (FAA) has said key certification test flights have been approved to begin as early as Monday.
In an email to Congress seen by the Reuters news agency, the US flight regulator said it had completed its review of the modified aircraft, “clearing the way for flight certification testing to begin”.
“Flights with FAA test pilots could begin as early as tomorrow (Monday), evaluating Boeing’s proposed changes to the automated flight control system on the 737 MAX,” the email added.

Gen Z and Y Are Key to Travel Industry’s Recovery