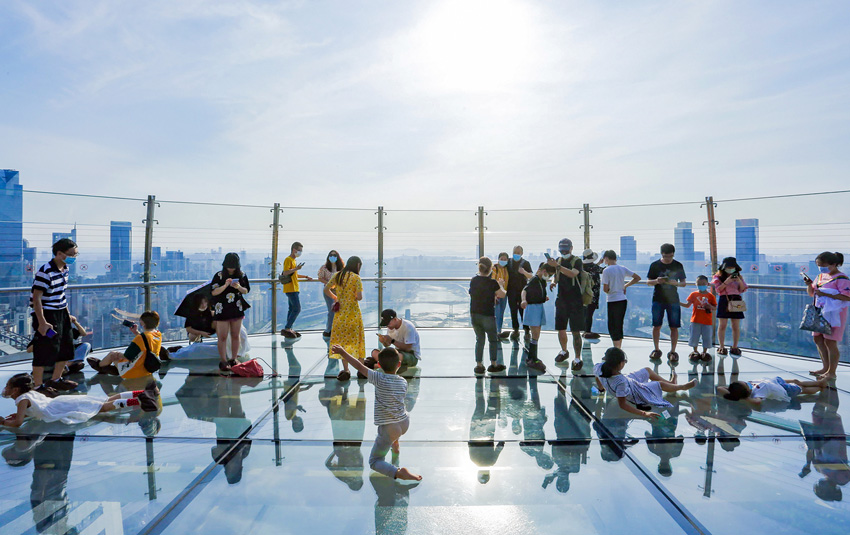 One of the year’s most eagerly awaited attractions in China, the 250-meter-high Exploration Deck Viewing Gallery (Exploration Deck), a star feature of The Crystal sky bridge at Raffles City Chongqing, has opened to the public. In addition to a 270-degree panorama of Chongqing’s skyline, visitors to the glass-bottom deck – the highest of its kind in Western China – are treated to the thrills of walking in ‘mid-air’ while admiring magnificent views of Yangtze River’s brown merging with Jialing River’s blue below their feet.

As part of crowd management, only 3,000 tickets are available daily currently. Almost all the available tickets in the opening weekend were snapped up. The enthusiastic response to the Exploration Deck echoed the successful opening of Raffles City Chongqing’s shopping mall component, which welcomed over 900,000 shoppers during its opening weekend in September 2019.

Lucas Loh, president in China for CapitaLand Group, said: “A vertically-built riverfront urban district, Raffles City Chongqing is a megastructure that took seven years to complete and The Crystal sky bridge is its key attraction. We are therefore heartened that the Exploration Deck, which is the first component of The Crystal sky bridge to be unveiled to the public, has been well-received. It is the first major attraction to launch in Chongqing since the lifting of the country’s nationwide lockdown and the public’s enthusiastic response is yet another encouraging sign of recovery in consumer sentiment.”

Measuring 300 meters in length, 32.5 meters in width, and 26.5 meters in height with a total gross floor area of 10,000 square meters, The Crystal is also known as Raffles City Chongqing’s ‘horizontal skyscraper’.